The UCSB baseball team continues its hot streak, now having won four straight, after upsetting the No. 21 team in the country at home yesterday by a final tally of 11-6.

“It was a bit of an ugly game at first but our guys battled back and we got a solid win over a quality opponent.” Head Coach Andrew Checketts said. 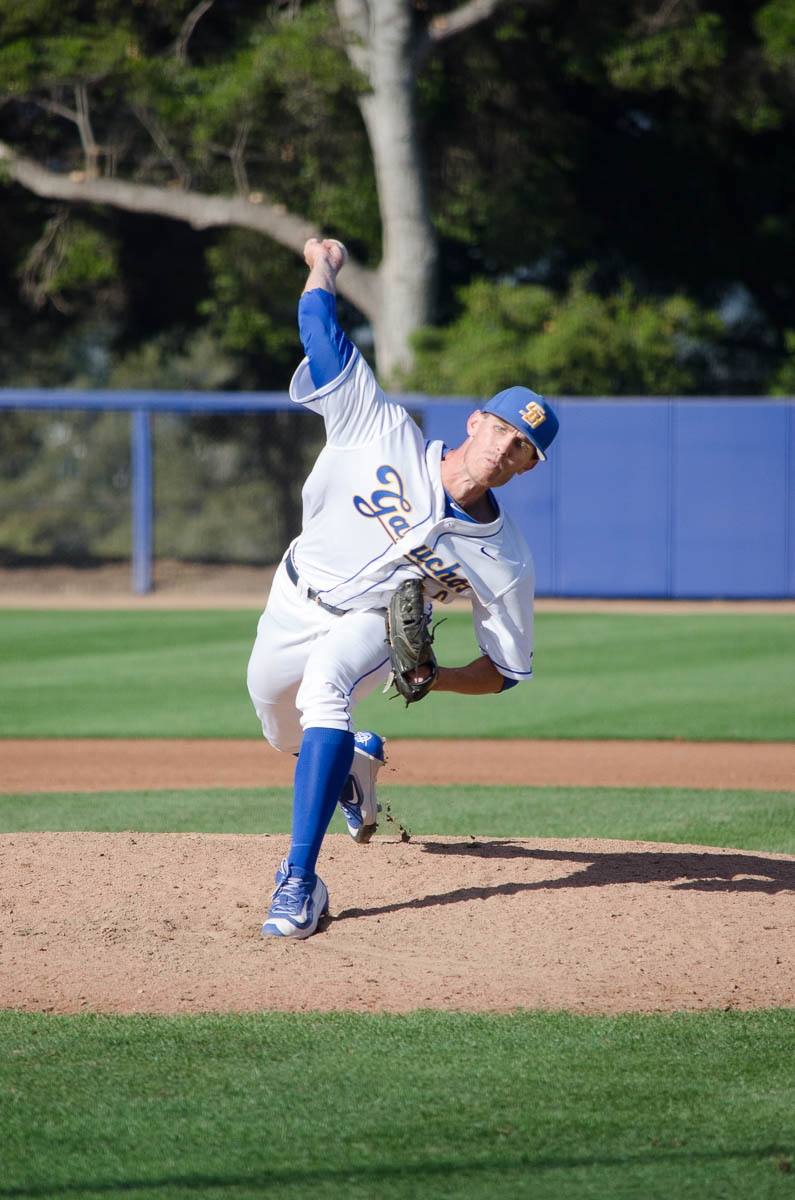 With the upset win, the Gauchos are now 8-1 overall and currently hold the best non-conference record in the Big West. The loss drops the Bruins to a disappointing 3-5 start to the season.

“It’s good to be winning,” Junior outfielder Andrew Calica said. “we have a young team and to pick up a win this big, its great.”

The game started fast in the first inning with both teams scoring. The Bruins began the slugfest thanks to redshirt senior Eric Filia’s two-run homer that put his team up 2-0 after the top of the inning.

The Gauchos were able to respond with runs of their own in the bottom of the inning due in large part to blunders by UCLA. The No. 21 team in the country allowed three walks and committed two errors that led to two runs for UCSB. The other was thanks to designated hitter Austin Bush’s sac fly RBI that brought in Calica.

Santa Barbara added two more runs in the second inning thanks to Bush’s single that brought in two more runners. This made the score 5-2 in favor of the home team. UCLA would then respond in the top of the third inning getting three runs and tying the game up at five.

The third top frame resurgence started when junior outfielder Kort Peterson hit a triple bringing in Filia to score. Junior Luke Persico and redshirt freshman Scott Jarvis also had RBI. In the bottom of the third, however, redshirt sophomore Josh Adams hit a home run (1) to put the Gauchos back up, 6-5.

In the fifth inning UCSB would again add three more runs to its lead courtesy of more wild pitches thrown by the Bruins. Sophomore Clay Fisher started the scoring having an RBI-single. After that the next two runs were scored by wild pitches making the score 9-5 in favor of Santa Barbara.

UCLA would add one run in the sixth inning courtesy of a Filia RBI-single down the left-field line, however, it could not do much more than that. The pitching by reshirt junior Trevor Bettancourt, sophomore Kyle Nelson, and sophomore Alex Garcia in the final three innings proved to be too much as the Bruins only mustered one hit.

“Bullpens are like boxes of chocolate; you never know what you’re going to get.” Checketts said. “We got some guys that are good and are starting to settle into roles.”

The Gauchos would add two more runs in the eighth inning thanks to another great hit from Bush and another wild pitch which made the final score 11-6.

Ultimately, UCLA had many blunders that cost them the game as they had two errors and had four wild pitches which led to three runs by UCSB. It still had some solid performances such as Filia who went 3-4 with a home run and an RBI.

Santa Barbara also saw great performances, most notably from Bush who continues hit hot streak. The Big West Field Player of the Week and Gwynn Classic MVP had another big night going 3-4 from the plate with four RBI.

“It feels good to be hitting this good.” Bush said. “The guys before me in the line-up are doing great and it allows me to see some better pitches that I can take advantage of.”

It was also good to see Bettancourt bounce back from his disappointing performance last week in which he gave up five runs against St. Mary’s which ultimately doomed them. The junior bounced back in a big way giving up one hit while striking out his four batters.

“Bettancourt last week wasn’t himself.” Checketts said. “I knew that and I still have great confidence in him and I think what we saw today is what we are going to see going forward.”

Although the Bruins made their share fair of mistakes, the fact remains that the Gauchos are on fire right now. They have scored over 10 runs in three of their last four games and have been blowing teams out. Only time will tell if this hot hitting can continue, but for right now it is a treat to watch.

UCSB’s next opponent is Oregon in a three-game series which begins Friday, March 4th at PK Park at 6 p.m.