The UCSB baseball team has regained whatever confidence it might have lost after the St. Mary’s game thanks to a strong offensive performance that propelled it against quality opponents such as Kentucky, Bryant University, and University of San Diego and led to it winning the inaugural Tony Gwynn Classic.

The three wins now put the Gauchos at 7-1 overall while Kentucky falls to 3-3 on the year after dropping two of its three games at the tournament. Bryant is now 6-1 after the weekend with its only loss of the season coming to UCSB and San Diego is now 3-4 overall. 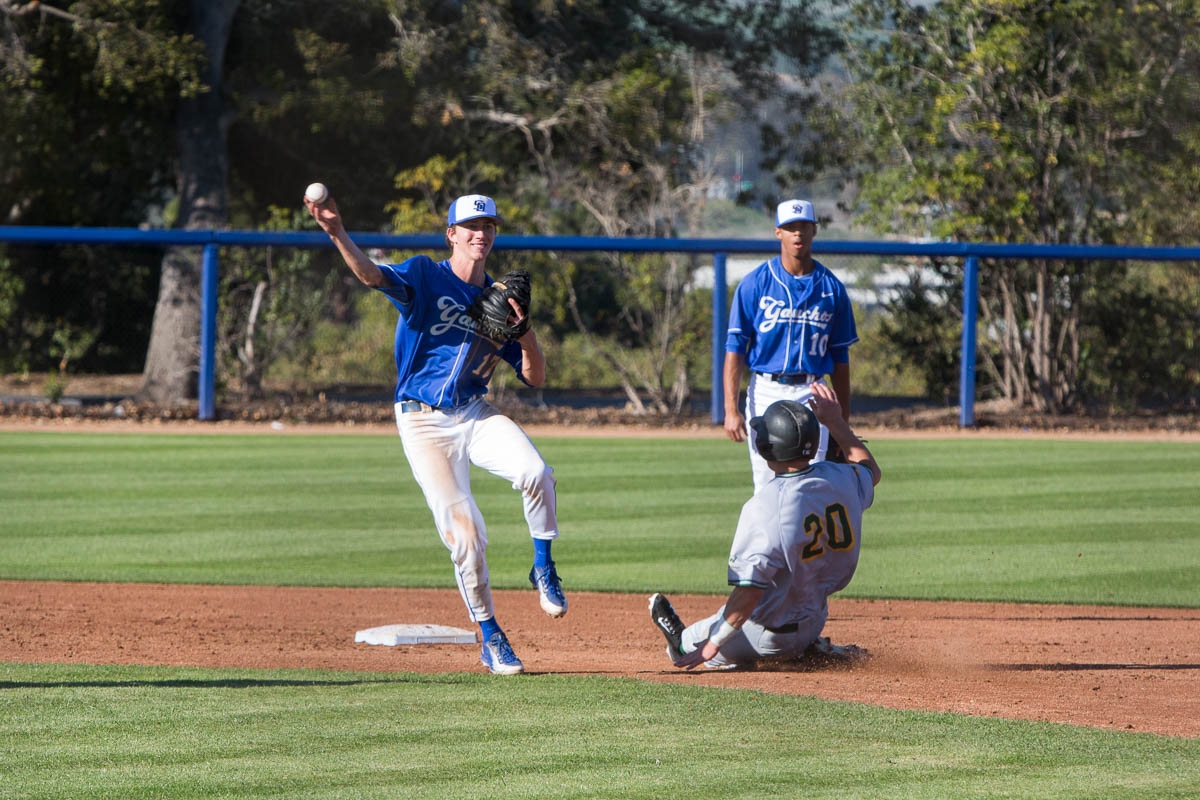 In the championship round of the Tony Gwynn Classic, Santa Barbara took on the University of San Diego. The Gauchos continued their offensive fireworks from their previous two match-ups and put away the Toreros away after two three-run innings in the fourth and fifth frames.

UCSB started the scoring in the first inning courtesy of redshirt sophomore catcher Dempsey Grover’s RBI single. Then in the third inning junior outfielder Hunter Mercado-Hood hit a sac fly to the deep right and tied the game at one.

The Toreros then enjoyed a brief 2-1 lead after the top of the fourth as they added one run. The Gauchos responded with a three-run frame that was led by freshman outfielder Michael McAdoo hitting a fielder’s choice that batted one runner in and an error on the play led to another runner scoring. Senior third baseman Ryan Clark hit an RBI single and made the score 4-2 after four full frames.

Santa Barbara continued its hot hitting in the fifth after another three-run bottom frame that seemingly put San Diego away as it could not answer back to that extent. UCSB sealed the championship victory after adding two more runs, compared to SD’s one run, and winning by a final score of 9-3.

Designated hitter Austin Bush led the team going 3-3 in the championship round adding three runs scored as well. The sophomore was also honored with tournament MVP after a 7-11 weekend which included six RBI and one homer.

However, before the Gauchos had the opportunity to take home some nice hardware they first had to defeat previously undefeated Bryant University. They were able to punch their ticket to the championship game and hand the Bulldogs their first loss of the season after their best offensive showing of the year scoring 16 runs on 14 hits.

After two scoreless innings, Bryant started the scoring in the top of the third adding one run courtesy of junior Matt Albanese, however, it missed out on a great opportunity blowing a bases loaded scenario with only one out in the inning. It was Clark who made a diving catch when the ball was hit his way and turned it into a 5-4-3 double play.

The senior then continued to help his team hitting his first home-run of the season and tying the game up at one. The Gauchos added three more runs to take a 4-1 lead after three innings of play.

The game was still somewhat close as the score was 6-2 headed into the seventh inning when UCSB scored seven runs in that frame to put away Bryant. It continued to show its dominance adding three more runs in the final two innings to win the game by an impressive 16-2 score.

Redshirt sophomore J.J Muno continued his hot start to the season going 2-3 with two RBI. He was helped by Grover who went a perfect 3-3 and also had two RBI. Although the Gauchos had great hitting they were also helped by the Bulldogs eight walks and hitting six additional batters that attributed four runs.

Before the Gauchos best offensive output of the season, they had a strong start to the tournament against No. 22 Kentucky. UCSB scored 11 runs on 14 hits and had another strong performance from Shane Bieber.

The junior right-handed pitcher was amazing at one point not allowing a single run until the seventh inning. Bieber then ran out of gas as he was ultimately pulled one out into the sixth inning after allowing three singles. He still picked up the win putting his record at a perfect 2-0.

Bieber was also helped tremendously by yet another dominant performance by the Gaucho hitters. Five UCSB hitters got extra base hits including Bush’s 430-foot homerun in the top of the seventh inning. The future tournament MVP started his weekend strong going 3-5 and having two RBI.

The scoring started early for Santa Barbara as it took a 3-0 lead after three runs in the second inning thanks to McAdoo’s RBI single, sophomore Clay Fisher’s RBI groundout and Clark’s RBI single. Clark picked up another RBI in the fourth inning after a solid single down the left field line making the score 4-0.

As Kentucky was unable to score, the Gauchos decided to take advantage scoring four more runs in the fifth inning to take a commanding 8-0 lead. UCSB led 10-0 after the top of the seventh thanks to Bush’s aforementioned HR and Clark’s third RBI of the day.

Although Kentucky made a strong push in the bottom of the seventh frame scoring three runs, the deficit was too much to overcome and it lost to Santa Barbara 11-4.

UCSB saw great performances from mostly every player that took part in the game whether it be on the mound or on the plate. All its starters collected at least one hit and only one did not score a run. It was a dominant performance all around yet then again so was the whole tournament.

The Gauchos did a great job of bouncing back after its first loss of the season. Instead of sulking they went out and outscored their three weekend opponents by a score of 36-9. Many, if not all, players had great tournament performances highlighted by Bush’s MVP and Clarks All-Tournament Honoree play.

This confidence-boosting weekend could not have come at a better time as now UCSB must turn its sights to one of their toughest opponents on its schedule this season.

The Gauchos next game is Tuesday, March 1st against No. 21 UCLA at Caesar Uyesaka Stadium at 2 p.m.