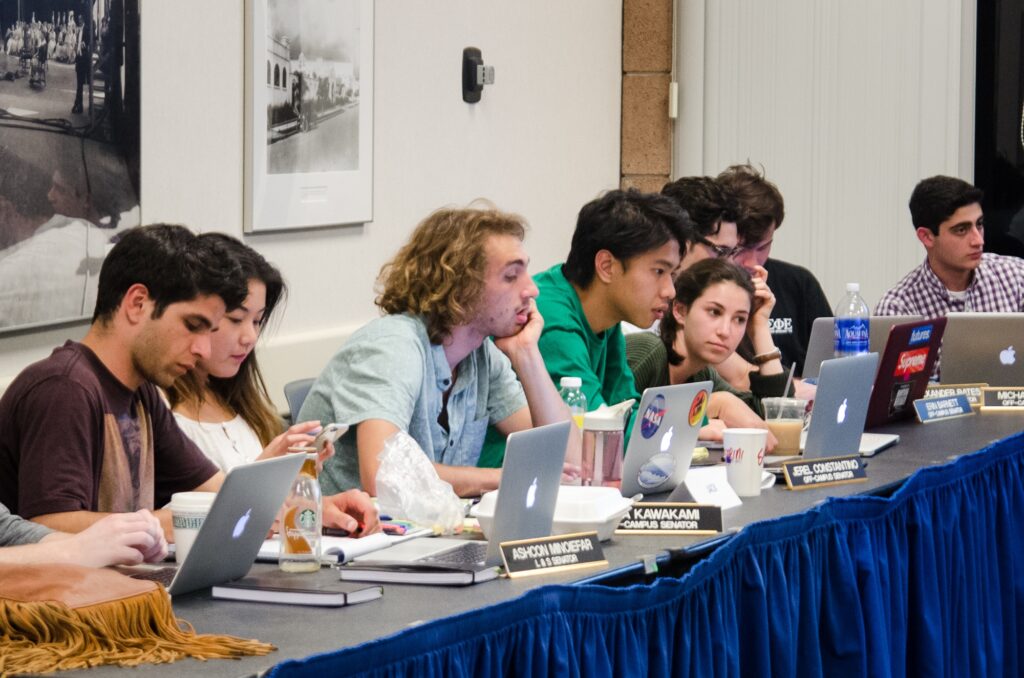 The Associated Students (A.S.) Senate met Wednesday to discuss the new Single Transferable Vote (STV) system that will be used in this spring’s senate elections in an effort to create more proportionate representation of the student body.

In the STV system, students will vote for their on or off-campus and collegiate senate representatives through a ranking system designed to better reflect the desires of each constituency.  A YouTube video used to explain Single Transferable Voting to the Senators in the first quarter can be found here.

Assistant Director of Technology Sean Lieberman spoke of the benefits of switching to the STV system.

“In previous elections, it was possible that 60 percent of the vote goes to one party, 40 percent goes to the other when there are two major parties,” Lieberman said. “The issue with that is that the 60 percent would get 95 percent of the seats. In STV, in theory, it’s a more proportional representation at the same time, without having the minority 40 percent become the supermajority.”

In response to a question about how the vote will be distributed, Lieberman said, “If you vote for someone and they get cut, and your second choice gets cut as well, then it [the vote] goes to your third choice, and so on.”

“Once you get to the point where there are no ‘nexts’ available, then they’re gone,” Lieberman said, explaining that people who vote for candidates that are no longer eligible will not be counted.

Second-year economics major Jack Tannenbaum, proxy for off-campus senator Natalie Jordan, asked what would happen if a candidate was many voters’ second choice.

“When we move up the list, should I not get all the votes that put me as their second?” Tannenbaum asked.

“A Resolution in Support of the Implementation of a Good Samaritan Policy within the Campus Regulations,” “A Bill to Reform Honoraria,” “A Bill to Add a Mental Health Coordinator in COSWB’s Legal Code” and “A Resolution to Create a Group Project to Establish a Political Economy Major at UCSB” were all sent to Campus Affairs.

“A Resolution to Divest from the Republic of Turkey to End the Perpetuation of the Armenian Genocide” was sent to External Affairs.

[Correction: Due to an editing error, a previous version of this article stated incorrectly that Nawar Nemeh is an on-campus senator. Nemeh resigned from A.S. in February.]