The Daily Nexus
Tennis
UCSB to Visit Honolulu, Will Face Hawaii & Oregon
February 25, 2016 at 5:04 am by Xavier Cardenas

After a nearly flawless weekend at home the UCSB women’s tennis team gears up and hits the road to face conference rival No. 64 Hawaii on Friday before turning around to face No. 35 University of Oregon the following day in Honolulu. 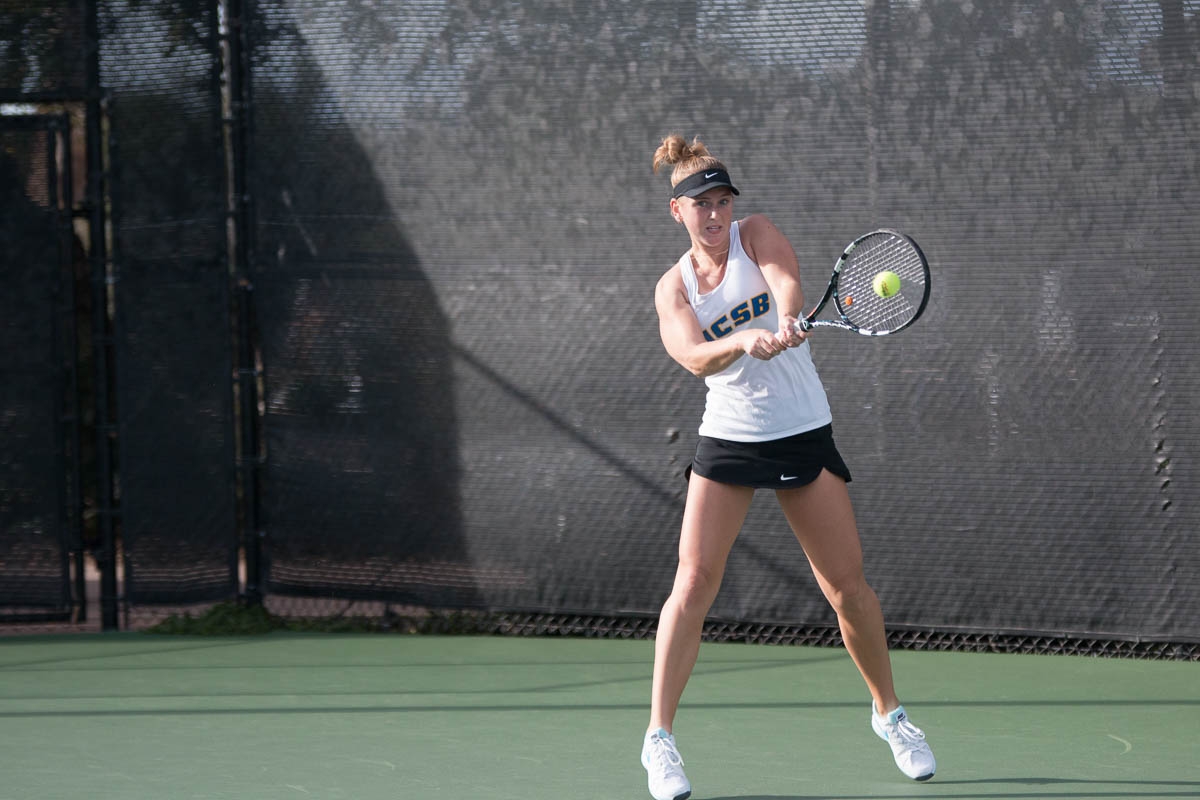 Following a series of close defeats to nationally ranked opposition, Santa Barbara is looking to get back in the rankings starting with the road matchup against the University of Hawaii.
During the most recent encounter between the two teams, the contest ended 5-2 in favor of the Big West runner-¬ups in UCSB.

However, the Rainbow Wahine are currently riding out a five-game winning streak, defeating the likes of then-No. 64 Arizona as well as conference rivals UC Riverside and Cal Poly.

Even though the Rainbow Wahine have lost key contributors from last season, freshman Marina Hruba from Prague, Czech Republic has been filling the void and has played an important part of the Hawaii arsenal, attributing to the team’s recent success.

The true freshman is currently undefeated at 11-0 in singles play this season.

UCSB is currently on a three-match win streak of its own and hopes to continue its good fortune with another conference win against a tough Hawaii side. Santa Barbara will also hope to have a pleasant turnout against the Ducks.

The last time these two teams met, the Ducks came out on top, toppling the Gauchos by a score of 5-2.

Oregon has started the season strong, having only faltered against No. 8 Texas Tech and to No. 45 Baylor University, and is now at an overall record of 5-2.

Oregon and UCSB will have a clash of talent with four nationally ranked players competing with one another.

On the doubles court, No. 18 sophomore Palina Dubavets and junior Stefani Stojic will have another chance to improve their 16-2 doubles record.

On the other hand, the Ducks will lean on their singles talent. Leading the way will be No. 76 sophomore Kennan Johnson, a transfer from Central Florida, and No. 116 freshman Shweta Sangwan from India.

The previous weekend’s standout sophomore Lou Adler from UCSB looks on what could have been as she exudes the confidence from a team that has been tough to beat.

All four losses for UCSB have been determined by a point, a play, a single swing of the tennis racket.

The fine line between winning and losing has been razor thin, and the Gauchos have to play with surgeon-like precision and confidence to come home with the Ws.

“All our four losses were done to a decisive set in a decisive match. Our team is brand new. It takes a bit of time so that everyone can come together at the same time … the season is still very long and our results give us hope for what comes next,” Adler said.

While future matches await the Gauchos, they are gradually improving as a team having won four of their last five contests.

In addition, UCSB’s 1-0 start to Big West play is an encouraging sign early in the season.

“The good thing is that when we lose we are very tough to beat, and we know we have a lot of potential and that we can defeat any team … Everyone in our team is confident about it” Adler said.

A version of this article appeared on page 10 of February 25, 2016’s print edition of the Daily Nexus.