The Daily Nexus
News
International Experts Join To Discuss Palestine
February 25, 2016 at 5:24 am by Sohila Sandher

Distinguished and senior fellows of the Washington Institute for Near East Policy joined Wednesday to discuss the Israel vs. Palestine situation, honing in on deeper issues 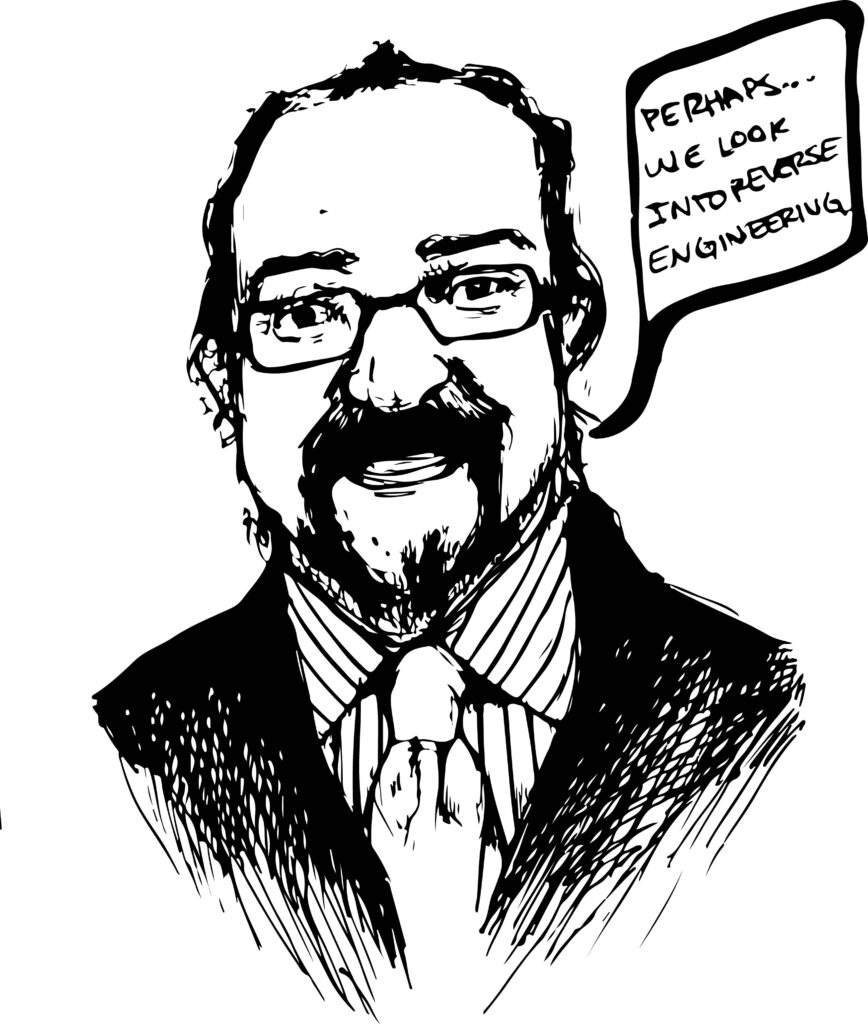 The Campbell Hall event focused on the speakers’ ideas for a movement from a two-state solution to a focus on smaller-scale initiatives for peace. The discussion centered on the notion that for the two countries to reach a definite resolution, they must first create trustworthy relations through the reconciliation and realistic negotiations.

Makovsky is an adjunct professor at John Hopkins University’s Paul H. Nitze School of Advanced International Studies. He is the co-author of Myths, Illusions, and Peace: Finding a New Direction for America in the Middle East and frequently contributes to the New York Times, the Jerusalem Post and Foreign Policy. Makovsky served as a Senior Advisor to U.S Secretary of State John Kerry during the Israeli-Palestinian negotiations of 2013 and 2014.

Al-Omari formerly served as the executive director at the American Task Force on Palestine. Al-Omari has worked extensively within the Palestinian Authority, with roles including director of the International Relations Department in the Office of the Palestinian President and advisor to former Palestine Prime Minister Mahmoud Abbas. He also played a key role in the Palestinian-Israeli peace process as an advisor to the Palestinian negotiation team throughout 1991-2001. He participated in negotiations leading to the Camp David Accords and the Taba Summit.

According to Makovsky, both countries must wholeheartedly try to negotiate toward peace.

“[An] all or nothing approach tends to be nothing,” Makovsky said.
Makovsky said current leaders are facing challenges as they try to work with a generation that “wasn’t even born when the handshake happened,” referring to the Camp David Accords.

“Objectively difficult leaders that are risk averse are left with the toughest work ahead,” Makovsky said. 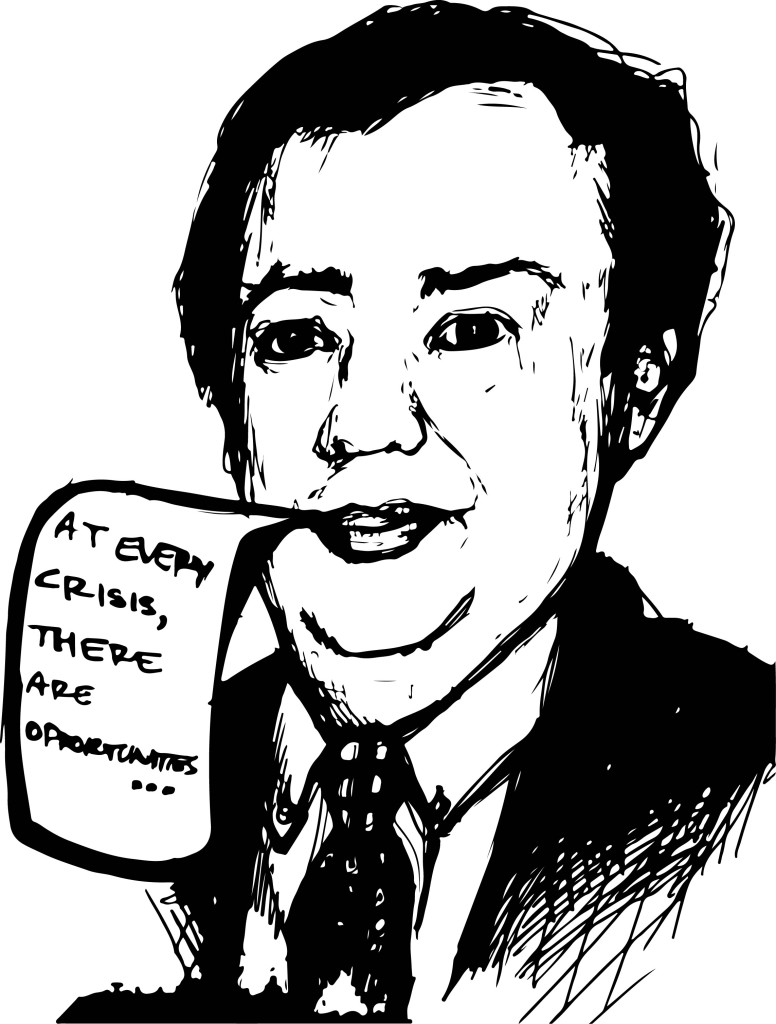 Makovsky said a critical part of the issue is the lack of compromise.
“Instead of sharing opinions, they reflect them,” Makovsky said.

Al-Omari said in order to believe progress is possible, Palestinians must see progress in their daily lives.

“From a security point of view, Israel can take more measures in the West Bank that will give the Palestinians breathing room,” al-Omari said.

He also said he believes a “rehabilitation of the P.A. [Palestinian Authority]” would support a new paradigm that shifts toward progress.

Makovsky said he hopes it is possible to shift away from the current five negotiation points of water, settlement, Jerusalem, mutual recognition and security because he believes the “five for five” deal is too absolute.

“I think what you would do is — this new paradigm, when you want to flesh it out — is to say ‘okay, we’re not going to do the five for five. We’re not going to get the grand deal on all five issues,’” Makovsky said. “‘But we’re going to single a direction towards the two states, maintain a viability.”

According to Makovsky, Israelis need to see less of a military presence in order to feel safe.

“The army would stay exactly where they are. Of course they’d have less of a footprint because they’d have to protect less people, but I think for the Israelis living in Jaffa, Jerusalem, Tel Aviv and other cities — all they want is to be safe,” Makovsky said.

Makovsky said Israeli citizens want their government to be honest in explaining the country’s situation.

“All they want is their leaders to tell them, ‘If I make gestures to the Palestinians, am I more secure or am I more vulnerable?’ That’s all they care about,” Makovsky said. “I think they’d care less if some small settlements outside of Nablus stay exactly where they are.”

According to Makovsky, there needs to be a distinction between ideology of safety and individual safety.

“So, what you’d be doing is decoupling these two issues and signal a new direction — tell the Palestinians you want them to have their own space, but because the region is a meltdown, you’re not going to pull the army out,” Makovsky said.

Julie Alexander, fourth-year psychology major who attended the talk, said she heard about the event through Facebook and was interested to hear from individuals who have played key roles in international policy.

“A lot of the time, all we get is media coverage,” Alexander said. “To hear the reasons why from a source closer to the issue is a really special opportunity.”

Kimberly Ruiz, fourth-year global studies major, said she believes discussing the Israel-Palestine conflict from a new perspective could lead to a solution.

“The discussion has the possibility to bring out new ideas,” Ruiz said. “Shifting the way a problem is approached can make some change.”

A version of this story appeared on p. 4 of the Thursday, Feb. 25 print edition of the Daily Nexus.

“The discussion centered on the notion that for the two countries to reach a definite resolution, they must first create trustworthy relations through the reconciliation and realistic negotiations.”

Someone, quick get a bridge to sell these two experts.

“Al-Omari said in order to believe progress is possible, Palestinians must see progress in their daily lives.”

Well, then, maybe they should elect officials who do not line their Swiss vaults with international aid .

“Makovsky said Israeli citizens want their government to be honest in explaining the country’s situation.” You can’t be serious. When Palestinian children stab Israeli women in the back in Tel Aviv, Jerusalem and elsewhere the Israelis do not hear from their leaders how to honestly secure their safety. Maybe you do, but you do not speak for those who live in fear of the bloodthirsty Palestinians. A people who teach their children hatred of Israelis from the cradles to the grave. You are projecting your own diplomatic, disingenuous BS onto a people who have no need for your silly little… Read more »