The Daily Nexus
Sports
Gauchos Set for Home Opener Hosting Gaucho Classic I
February 25, 2016 at 5:09 am by Antonia Bird

Sitting at an overall record of 4-6, the UCSB softball team is looking forward to hosting its first preseason tournament of the year — the Gaucho Classic I. Although Santa Barbara will have the home field advantage, there is no easy way around the tough matchups that lie ahead. 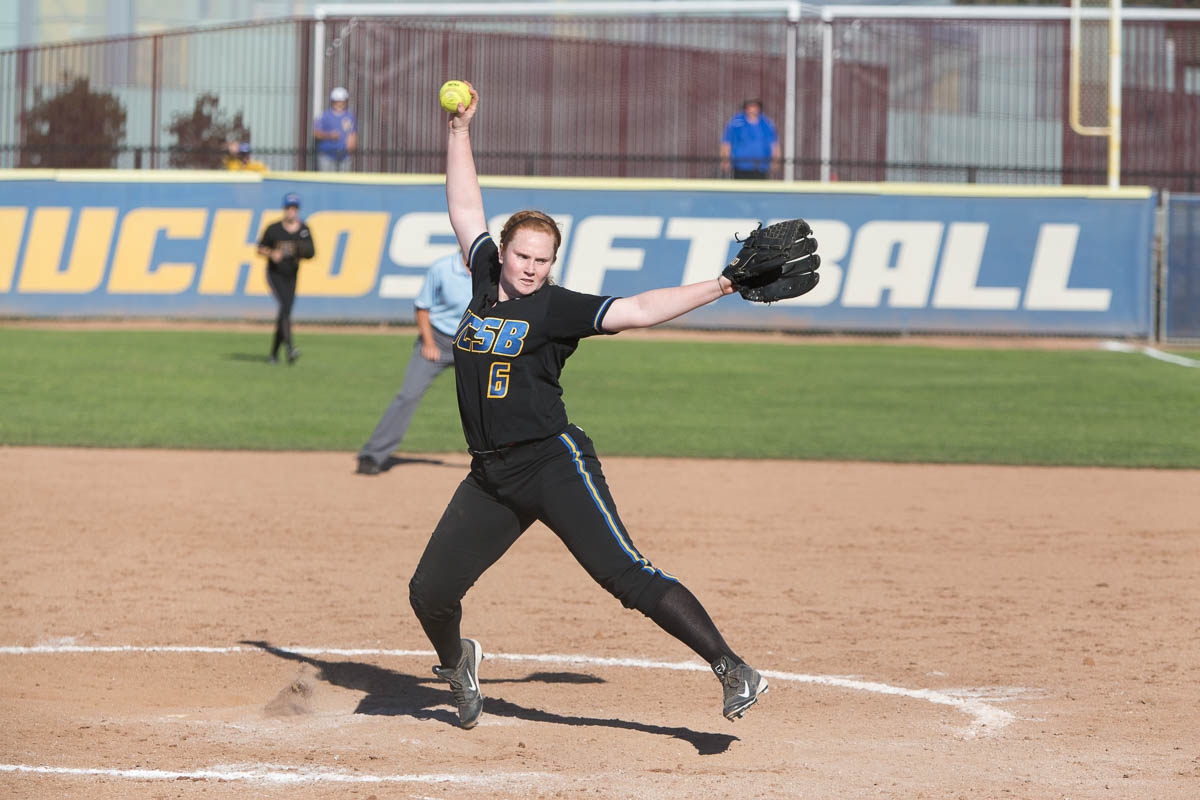 The Gauchos’ preseason schedule has been stacked with powerhouse teams, and that will only continue into the weekend as the three teams traveling to the west coast will be the South Carolina Gamecocks, the Georgia Tech Yellow Jackets and the Southern Utah Thunderbirds.

“As long as we keep up our up game offensively, score runs and get the kind of pitching that we did against LSU, our expectations going into this weekend are that we are the ones to beat,” Head Coach Brie Galicinao said.

Through 10 games, UCSB has scored 60 runs, hit nine home runs and has been productive at the plate, batting with a collective clip of .351. Junior outfielder Kristen Clark will be sure to come out strong in this weekend’s tournament, as she has a .459 batting average with eight runs scored thus far.

Alongside her will be freshman infielder Sierra Altmeyer, who has already made a name for herself leading the Gauchos in virtually all offensive categories. Hitting at an incredible clip of .467, she has knocked in 10 RBIs and has scored six runs so far in this season. Although only a freshman, Altmeyer has a pretty good feel for her team.

“If everyone’s on the same page and connecting on the field or in the dugout, then our day rolls pretty well,” Altmeyer said.

The pitching staff, who as a team is sporting a 5.47 ERA, will need to use the remainder of the week to prepare. Especially starting pitcher Ashley Ludlow, who is carrying a solid ERA of 2.23, as she will have to face South Carolina first with a lineup featuring four players batting at least .400.

“Obviously when playing a top team you get a little excited to prove yourself, but I prepare myself the same way against any team,” Ludlow said. “Pitching is mostly mental for me, so it’s all about being in the right mind set.”

When facing the 9-1 Gamecocks, Ludlow will have to pay special attention to their biggest threat: senior outfielder Alaynie Page. Page set five South Carolina single-season records in the last year, including 15 home runs.

The Gamecocks’ junior pitcher Jessica Elliott will have an intimidating presence on the mound as she carries a stellar 0.98 ERA into the Classic. Gaucho top hitters Clark and Altmeyer will surely be tested when facing Elliott’s efficient pitching.

Georgia Tech may pose an easier game for the Gauchos as it enters this tournament not having won a single game. Despite the Yellow Jackets’ six-game losing streak, an upset victory could be the startingpoint to a possible turnaround. Although the Gauchos are favored to win, they cannot take any game lightly.

The Yellow Jackets’ biggest threat to the Gauchos will be junior outfielder Samantha Pierannunzi. She leads Georgia Tech in a majority of the team’s offensive categories, batting .278 with five runs scored this year.

The Southern Utah Thunderbirds come into the tournament with a 3-9 overall record. They have lost their last three games and are struggling through the early stages of the season. They are led by junior catcher Morgan Leonard, who is hitting .387 on the season with three home runs and 10 RBIs.

Junior infielder Jordan Theurer also is a key contributor for Southern Utah at the plate, with a .455 batting average and six runs scored. However, the primary problem for the Thunderbirds is their pitching, as they have a team ERA of 8.96.

The tournament’s opening game will take place this Friday, Feb. 26 at 8:30 a.m. as the Gauchos take on the South Carolina Gamecocks, then face Georgia Tech at 10:30 a.m. The two-game series with both teams will continue on Saturday, Feb. 27 with UCSB taking on South Carolina again at 8:30 a.m. and the Yellow Jackets in the afternoon at 1 p.m. The Gaucho Classic I will conclude Sunday, Feb. 28 with UCSB’s matchup versus Southern Utah set to take place at 11:15 a.m.

A version of this article appeared on page 10 of February 25, 2016’s print edition of the Daily Nexus.