The Daily Nexus
Sports
Gauchos Suffer First Loss of Season After Brutal Eighth Inning
February 24, 2016 at 5:09 am by Jorge Mercado

The UCSB baseball team was hot entering Tuesday’s match-up against St. Mary’s, however, the Gaels cooled them off with a five-run eighth inning that led to the Gauchos first loss of the season.

“Yeah, a loss like that hurts.” Head Coach Andrew Checketts said. “You have a two run lead leading into the eighth and you give up five, that stinks.”

The loss drops Santa Barbara to a still solid 4-1 overall record while St. Mary’s improves to an identical 4-1 record. 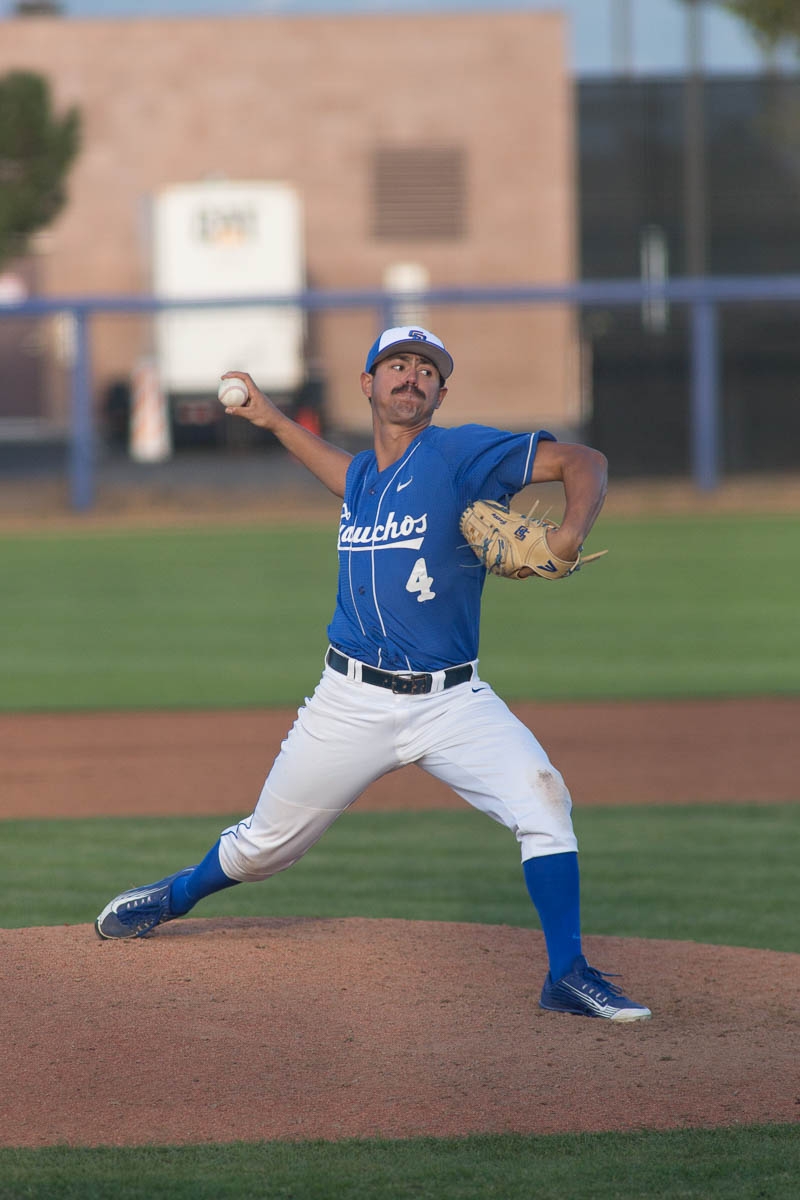 The Gauchos came into the contest hot offensively, however, they were only able to muster one run in the first six innings of the game. Instead, it was St. Mary’s who got off to a hot start scoring two runs in the first inning.

“I think our energy was low early on.” Junior outfielder Andrew Calica said. “We gave away some early at-bats and you just can’t do that.”

Junior catcher Nate Nolan started the scoring for the Gaels by batting in two runners, sophomore infielder Zach Kirtley and redshirt freshman outfielder Edward Haus, off a single turned into a double by a fielding error.

The score would remain 2-0 in favor of St. Mary’s until the fifth inning when J.J. Muno continued his hot start to the season by hitting an RBI single bringing in fellow teammate, freshman outfielder, Michael McAdoo.

After the seventh inning, it looked as though the young UCSB baseball team had regained momentum and was going to maintain its perfect start, however, the Gaels had other plans.

“We definitely had some momentum after that seventh [inning],” Calica said. “and then to see it get away from us hurts.”

The eighth inning was a rough one for pitcher Trevor Bettencourt. The redshirt junior was credited with his first loss of the season after allowing all five runs scored by the Gaels that inning.

“We had good guys in at the right time.” Checketts said. “Sometimes you just don’t execute and its just not your day.”

St. Mary’s began the inning with the top of its line-up going off as the first five batters got on base. Junior catcher Nate Nolan, sophomore outfielder Joey Fiske, freshman infielder Connor Thane and Haus were all credited with an RBI. The Gauchos could not overcome the 7-4 deficit which led to their eventual loss.

Although the Gauchos did lose the game, more credit has to be given to the Gaels for taking the game. They got great performances from Nolan who went 3 for 5 with a double and three RBI and Haus who went 3 for 4 with a double, stolen base and an RBI.

Although they suffered a tough loss, the Gauchos still have things they should be proud of. The team showed resiliency coming back from a sluggish start and a lot of their young players still proved to have solid outings. Grover went 3 for 5 with an RBI, Muno had another extra base hit and they even got good pitching early on.

“We bounced back after a tough first couple of innings and we saw some great things, we just have to finish next time.” Checketts said.

Sophomore left-hander Kyle Nelson pitched a great game in the three innings he was in allowing no hits, no runs and at one point had five consecutive strikeouts. However, he played so much in the series against USF that the Gauchos could not afford to pitch him longer.

“Kyle threw a bunch on the weekend,” Checketts said. “that’s as far as he could’ve gone.”

All in all, Santa Barbara was never expected to win every game this season. No team is expected to go perfect, however, it will be interesting to see how this young team can respond to its first adversity.

“I think we are a young team with a lot of fire.” Calica said. “We will come back with some new fire and energy this weekend.”

The Gauchos next game will be Friday, February 26th at 1 p.m. in San Diego, California for the Tony Gwynn Classic against Kentucky at Tony Gwynn Stadium.