The Daily Nexus
Sports
Gauchos Look to Stay Hot Against St. Mary’s
February 23, 2016 at 5:10 am by Jorge Mercado

The UCSB baseball team, coming off a weekend sweep of USF, will stay home for a Tuesday showdown against the St. Mary Gaels.

“It’s nice to start 4-0, reminds me of last year.” Sophomore first baseman Kyle Plantier said. “We all know how last season went and we want to improve from there.”

Santa Barbara enters today’s game with a perfect 4-0 record while St. Mary’s comes in with a respectable 3-1 record after facing Seattle University in a four-game series this past weekend.

“They will be tough but we will prepare for them the same as every team.” Head Coach Andrew Checketts said. 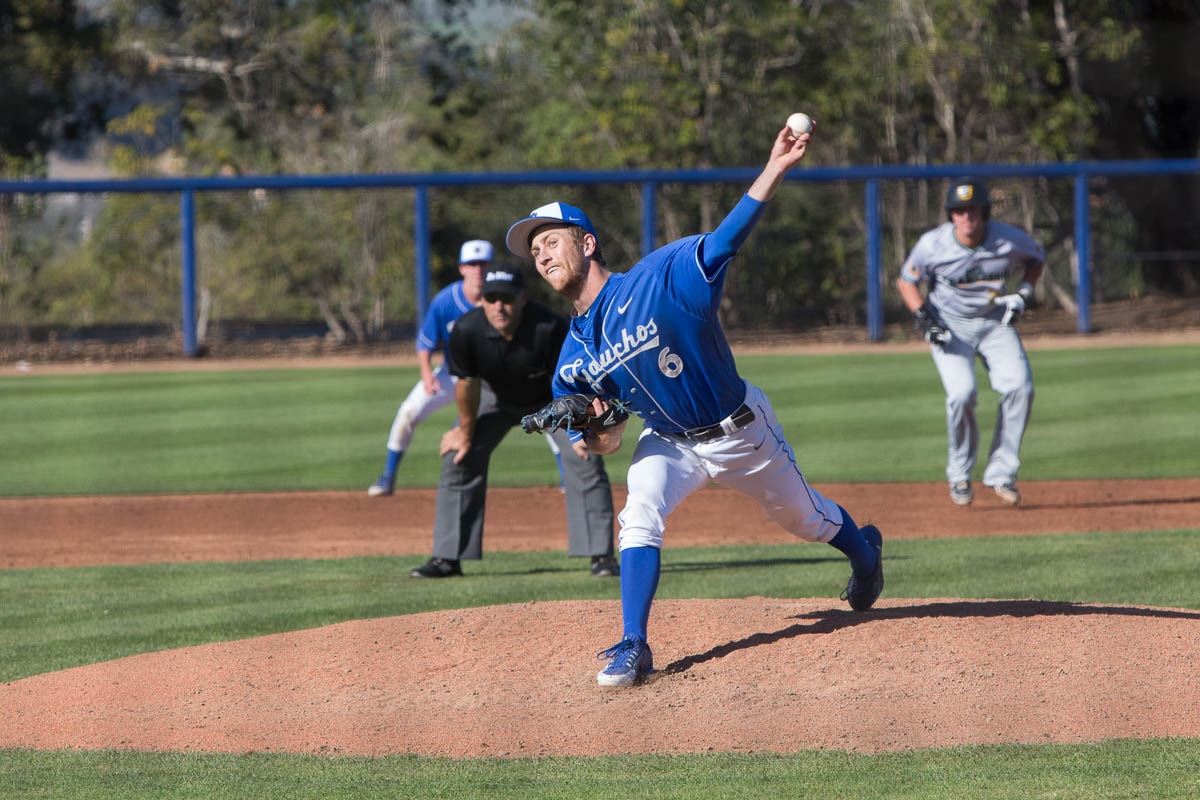 The Gauchos saw some great offensive fireworks this past weekend scoring 34 runs, 48 hits, four homers and a solid .353 batting average in their series against the Dons.

“As a team I thought we saw the ball really well.” Plantier said. “We were aggressive and it was nice to see we could swing it well more than people think.”

“In general he [Muno] is like our energizer bunny.” Checketts said. “He is one of the most vocal guys on the team and he is a strong leader.”

Another strong hitter for the Gauchos is redshirt junior Andrew Calica. The center fielder is second on the team in on-base percentage with .579 and fourth in batting average with .429. Calica also leads the team and is tied for first in the Big West conference in stolen bases with two.

“I love being the lead-off hitter for our team.” Calica said. “I’m glad these guys trust me and I just want to set the momentum off right every time.”

Santa Barbara also saw a solid pitching performances from redshirt sophomore left-hander Joe Record. Record only allowed three hits and one run in seven innings pitched in his first start of the season. He is third on the team in strikeouts with five and leads the team in ERA with a solid 1.29.

“We got a little bit of work to do on the mound but we saw some good things that we can build off of.” Checketts said.

The Gauchos will be facing a very good team today that is capable of hitting the ball. Sophomore outfielder Joey Fiske leads St. Mary’s in both batting average with .429 and hits with 6. Helping out the Fiske is another fellow sophomore Zach Kirtley. The infielder leads the team in RBI’s with five and slugging percentage with a .667.

The Gaels also have a solid pitching staff led by junior left-handed pitcher Johnny York who pitched eight innings on Saturday without allowing a single run and only four hits. He also leads the team in strikeouts with seven.

The Gauchos shocked a lot of people with their outstanding play this last weekend. Only returning two starters, UCSB has a bunch of new faces, however, these new faces did great to start and now fans are excited to see if they can keep playing well.

“I think we have some talent a lot of people don’t know about.” Plantier said. “It’s a coming out party for us and we just want to prove people wrong.”

UCSB looks to extend its winning streak to five Tuesday, February 22 at 2 p.m. against St. Mary’s at Caesar Uyesaka Stadium.