The Daily Nexus
Swim and Dive
Both UCSB Swim Teams Finish in Top 3 in MPSF Championships
February 22, 2016 at 12:20 pm by Daniel Moebus-Bowles 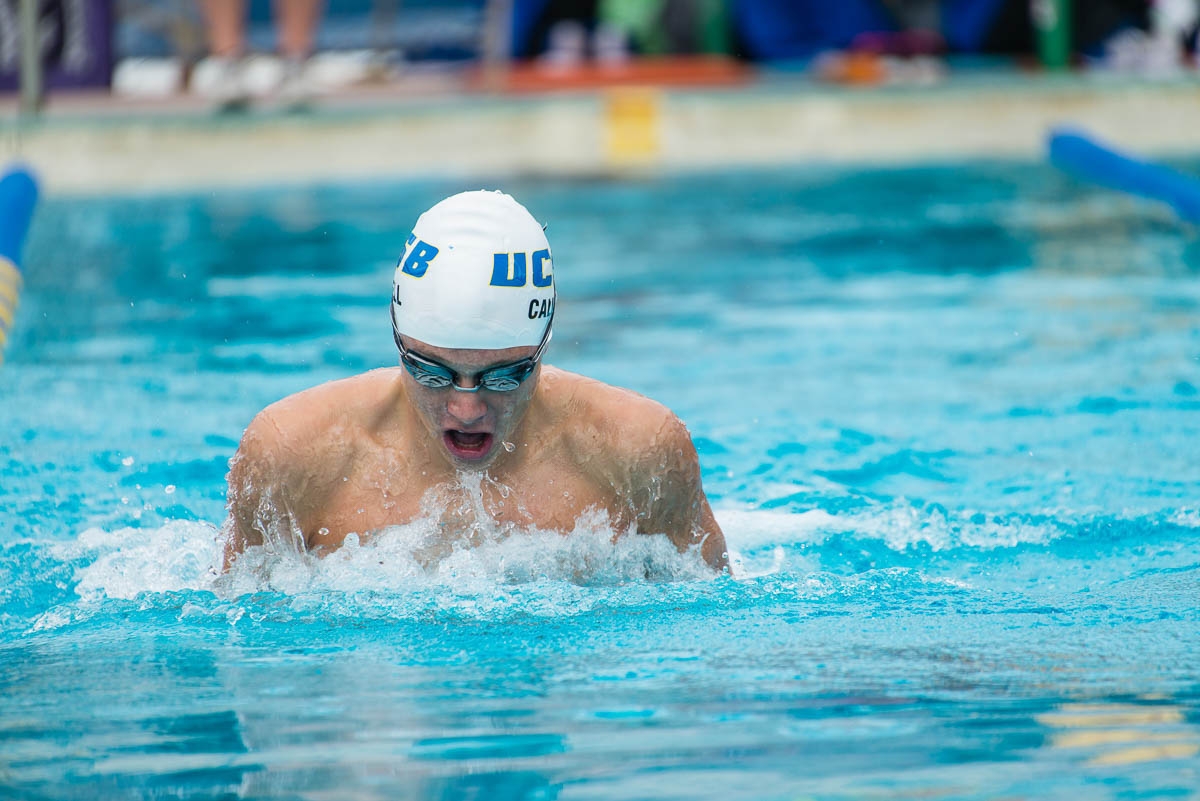 This past weekend the UCSB men’s and women’s swim teams capped off their season at the MPSF Championships in Los Angeles, Ca. After four long days of competition, the men’s team battled to take second out of five notching 617 points and the women took third in a pool of seven scoring 617.5.

It was a repeat performance from last year’s finals as the Gaucho men were edged out by BYU due to their lack of divers and the women were again bested by UC Davis and Hawaii.

Despite missing out on the top spot, many Gauchos had outstanding performances when facing off with the entire conference.

Freshman Logan Hotchkiss opened the final day of his first MPSF Championship with a third place outing in the first event, the 1650-yard Freestyle. The first year came in at a time of 15:35.57 to earn his team 16 points. His freshman teammate, Mason Tittle added a third place outing of his own in the 100-yard Freestyle coming in at 44.26. This time qualifies the rookie for an NCAA B cut.

The Men’s 200-yard Butterfly event was a huge race for the Gauchos as they took three of the top four spots, including first and second. Sophomore Chris Nolan took home first touching the wall at 1:46.49 and freshman Eric Vanbrocklin followed just behind him taking second at 1:47.04. Sophomore Kevin Mendoza finished less than a second later at 1:47.96, giving him fourth.

Junior Cheyenne Low added some points on the women’s end with her second place finish in the 200-yard backstroke. Her time of 1:59.07 earned her an NCAA B cut.

Senior Katie Records featured in the 200-yard Breaststroke event and took home second place at 2:14.29. Sophomore Alyssa Shew came in a few moments later at 2:15.78, which earned her fifth place in the race.

Senior Lauren Vosseler helped on both the individual side, and the team side and ended up making it to the record books as well. She started by taking a second place finish in the 100-yard Freestyle as she came in at a time of 49.73. She concluded with the fastest heat in her team’s first place effort in the final event, the 400-yard Freestyle Relay. Her team not only took first in the event, but also set the new meet record in their time of 3:19.95.

With this event in the books, some individuals will be patiently waiting to hear from the NCAA trials.