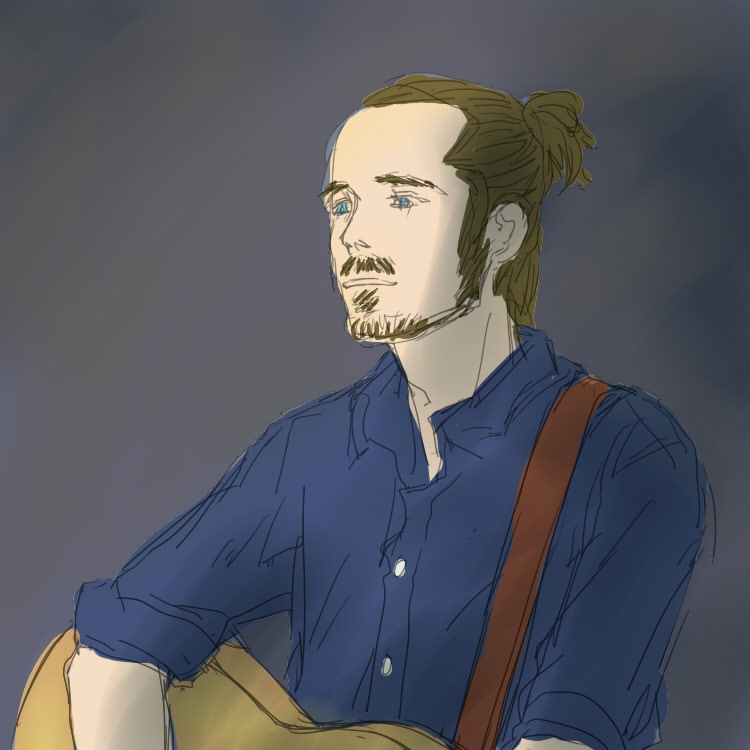 It was like any other Friday night in downtown Santa Barbara. The streetlights illuminated couples, friends and acquaintances, all making their way to the next restaurant, bar or both. Everyone was ready to find some escape this President’s Day weekend. SOhO’s signature brick walls enclosed a full house that night, it’s patrons eagerly awaiting to see Citizen Cope (Clarence Greenwood) perform his With Love compilation. The compilation is a journey through Cope’s discography starting from the nineties till now. A majority of the crowd appeared to be older than your average UCSB student, all die hard lovers of his music.

Daniel Vasquez, the manager of the club that night who had seen Citizen Cope some time before, assured me that this would be an enjoyable performance. He also mentioned that Cope was very particular about how his audience behaves during his sets. Apparently, he has been known to walk off the stage due to rambunctious crowds. This explained all of the signs posted around the venue asking its patrons to be respectful toward the solo act that night.

The request appeared strange at first; however, the crowd worked as one so as to maintain a certain level of peace. Citizen Cope walked on stage to great applause, his warm smile drawing the remainder of the restaurant to the stage. Bathed in blue, red and purple light, Citizen Cope began his set, treating spectators to the solemn and gentle chords from his guitar. Cope’s music jumps between genres, sometimes lying directly in between two. He will blend and borrow from various styles and make them his own. His With Love compilation showcases his talents in playing blues, rock, hip hop and more.

Citizen Cope delivered Friday night, his voice adding a degree of authenticity and soul to his past works. With each part of his set, Cope channeled the pain and moments of love present in his lyrics. The crowd quietly sang along and swayed with their significant others, possibly remembering past relations or happy romances. Who knows? With songs like “Salvation” and “Bullet and a Target,” one experiences a darker side to the narratives Cope wrote into his songs. The disco ball overhead swayed slowly, reflecting the stage lights through the rafters of the venue. Through the haze of purple, the crowd danced slowly along to the steady rhythm of Cope’s set. It was an amusing sight when fans shushed pockets of patrons of the louder variety as the next song began, most likely to ensure the best show possible. As a collective, spectators cheered as Cope began performing favorite after favorite. “Let the Drummer Kick” had Cope playing alongside a recorded beat and piano melody; he jokingly said to the crowd, “This next acoustic song is gonna have some accompaniment with some tape. Otherwise, I wouldn’t be able to play it, and I know all of you want to hear it.” The crowd responded ecstatically as a bass kick and snare hit shook the venue, bodies moving to the steady hiss of a hi-hat.

Citizen Cope returned for an encore to a still-packed venue. The cheers called Cope back to the stage for a few more songs to close out the night. “Hurricane Waters” had the audience participate by clapping along to the beat, echoing “I will carry you” and “hurricane waters.” The crowd’s voice bounced across the walls, creating a serene moment between them and Cope at the end of the night.

Citizen Cope brought an intense mixture of blues, rock and hip hop to SOhO. His voice complimented the bluesy scales, it’s accent almost morphing away from the west coast to something more mid-western or southern. Cope finished up a fantastic show, bringing out love and a whole box of other emotions for the venue to experience — definitely an appropriate start to the three day weekend and Valentine’s Day.