The Daily Nexus
Music
‘50s Sock-Hop Prom featuring Shannon and the Clams To Take Over Rob Gym
February 11, 2016 at 6:40 pm by Justin Taing 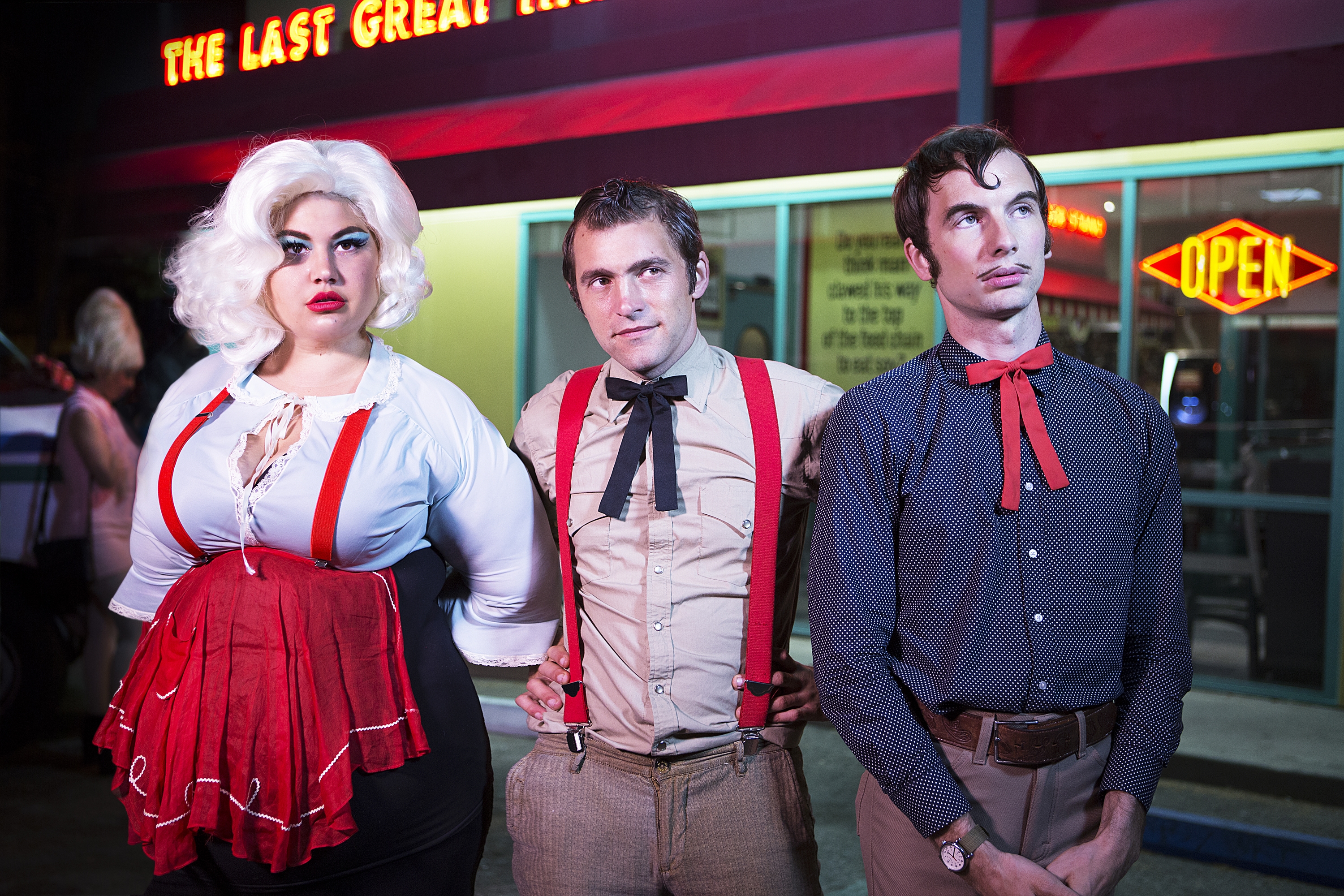 This Valentine’s Day, take part in something a little weird as KCSB, the UCSB Queer Art’s Collective and La Familia de Colores bring prom to Robertson Gym, featuring Shannon and the Clams, El Vez, the Mexican Elvis and Santa Barbara locals Oree & the Doo Not Worries. Dubbed “No Body Holy — A Queer ’50s Prom,” a play on the legendary Buddy Holly, the night will be a prom experience for the outcast and the minority.

Headliner Shannon and the Clams will bring their doo-wop tinged garage rock sound to the ‘50s prom in support of their 2015 release Gone by the Dawn. Consisting of bass player and lead vocalist Shannon Shaw, guitarist Cody Blanchard and drummer/keyboarder Nate Mayhem, the band has released two studio albums and two mixtapes online and have amassed a cult-like following among the Burger Records/DIY crowd. Hailing from Oakland, CA, Shannon and the Clams have taken their weird psych rock across North America and Europe, where they played headlining spots alongside Best Coast, Bleached and the Dum Dum Girls at female-led festivals like Burger A-Go-Go and larger gigs like Burgerama and Pinback.

While their discography is a consistent testament to their odd-ball sound and look, Shannon and the Clams have grown exponentially since their humble beginnings in the Bay, as they met at East Bay Arts School before releasing their debut in 2009. Three releases later, their contemporary, nostalgic aesthetic has only expanded as has their music and lyrics. In a pre-release interview for Gone by the Dawn by Noisey, Shaw explains the cleaner, experimental side of their sound on Dawn, noting that a lot of it came from the support of Sonny Smith, the namesake of indie band Sonny & the Sunsets, and having him around as a second opinion. The band will embark on another tour shortly after they play Robertson, with a single California stop at Pappy & Harriet’s in Pioneertown.

El Vez, the Mexican Elvis, is the byproduct of musician Robert Lopez from Chula Vista, CA, who combines his own work with covers of classic rock songs with a Mexican flair. Known for incredible attention to detail and production value, Lopez will bring eccentric rock and roll to the ‘50s prom. He has released a myriad of albums under his name and under the Mexican Elvis, and has even starred in a few feature films and TV specials.

Local band Oree & the Doo Not Worries have created quite the name for themselves as they fully embody the culture that is the 50s, a perfect complement to the theme of the night. Lead singer Oree Holban is a UCSB alumnus with a Master of Fine Arts, combining his performing and songwriting skills in a self-proclaimed folk n’ roll band, along with current Gaucho Gabe Poissant on the keys and SB resident Simone Salmon on the harp.

The night does not solely focus on these three performers — there will also be DJ sets by KCSB-FM DJs in-between sets, food, non-alcoholic beverages and a guaranteed good time. Tickets for the prom are available now for free at the A.S. Ticket Office and at the Resource Center for Sexual and Gender Diversity and is open for all ages and the general public.