The Daily Nexus
Opinion
Your Merchandise Doesn’t Cure Cancer (Nor Will It)
February 10, 2016 at 5:00 am by Brice Richmond 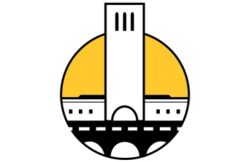 In 2016, an estimated 1,685,210 new cancer cases will develop in America, killing 595,690 men, women and children. That’s 1,632 deaths a day — surpassing the death toll of Syria’s civil war (210,060) and the number of Americans killed during World War Two (418,500). With so many cases and the incalculable misery that comes with each, I have come to regard many cancer awareness organizations, especially those associated with breast cancer, with the highest degree of antipathy for their blatant exploitation of patients’ agony, their false “awareness” campaigns and their shameless diversion of attention from other, deadlier forms of cancer.

Do not misinterpret my words. I know full well that breast cancer is a very serious, life threatening disease; I have met and known survivors, some in my own family. I have no animosity for organizations focused purely on research and/or directly assisting patients; my quarrel rests instead with groups that divert resources and attention towards “awareness” campaigns.

Of the many dismal things to come from these organizations is the fact that their campaigns have failed stupendously, even with their own target population. Consider this: only 50 percent of women aged 40-85 years get mammograms in any given year. Cancer awareness is a myth. Luckily, what these organizations lack in substance they make up for in offering Americans a wide range of meaningless, shit merchandise like pink scissors, coffee cups, Beanie Babies, etc., giving consumers the ultimate opportunity to show off the breadth of their empathy and awareness.

I have difficulty believing that the American public, 45 percent of which considers astrology to be a valid science, has any hope of understanding (amongst many things) the specter of cancer and its ramifications. Instead, we have stuff. I’m sure it is of great comfort to the millions of tormented patients enduring chemotherapy, highly invasive surgeries and financial ruin that their family, friends and neighbors are buying coffee cups and key chains rather than campaigning for increased congressional funding of oncological research, or simply giving a fuck. But that’s just my guess.

Not only have certain breast cancer organizations shamelessly exploited the agony of the patients they claim to represent, but they have also diverted attention away from other, deadlier forms of cancer through their futile campaigns. In terms of numbers dead, respiratory cancers will kill an estimated 162,510 people in 2016 and digestive system cancers will kill 153,030. Breast cancer will by comparison kill 40,890, with 83.6 percent of patients surviving. I mention these numbers not to belittle the severity of breast cancer but to point out that breast cancer is characterized and funded as if it were the most cataclysmic disease afflicting America when in actuality it kills fewer than it’s deadlier counterparts. In 2012, breast cancer had a survival rate of 83 percent and received $625,059,909 in research funding from the National Cancer Institute (NCI). By comparison, pancreatic cancer, with a death rate of 85 percent in 2012 received only $99,459,266 dollars from the NCI.

At the end of the day the pink ribbon, the merchandise, Breast Cancer Awareness Month, etc. are all absurdities. They don’t signify anything other than the glamorization and commercialization of someone’s untold suffering. In 1991, 119 women died of breast cancer each day. Today that number stands at 111. We are no closer to discovering a cure for breast or any other type of cancer as we were twenty years ago, and that will remain the case so long as we Americans continue treating cancer like we do everything else — with thinly veiled apathy.

Today I learned pink ribbons don’t cure cancer. Guess I’ll have to abandon my get-rich plan of selling ribbons along with cigarette packs.