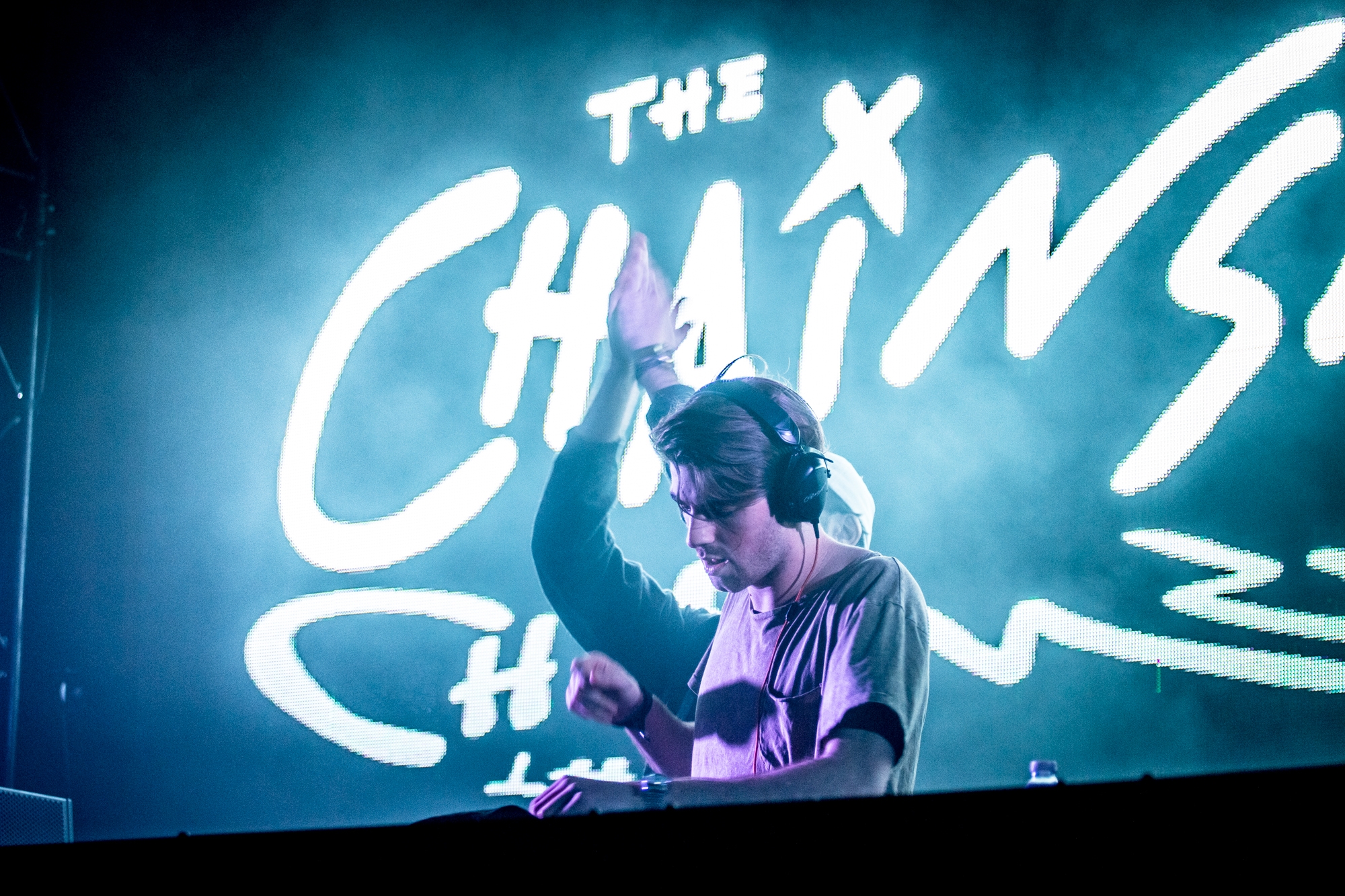 Earl Warren Showgrounds became a playground for Gauchos on Tuesday for the highly anticipated, sold-out Chainsmokers show. The event was put together as a collaborative effort between the Chainsmokers and a new app called Tilt. Campuses were challenged to pre-sell 800 tickets and the first six schools to do so won a spot on the Tilt Tour. The headliner of the show wasn’t announced until 24 hours before tickets went on sale. UCSB managed to sell out the first round of tickets in less than an hour and half, and the second release in under a minute.

Tilt is an app that makes it easy to collect money without all the hassle. Basically, a user starts a Tilt campaign with a set “Tilt amount.” Others donate whatever sum they choose, but nobody gets charged until the goal is hit. It’s like Venmo on a Costco-sized scale. The appeal to college campuses is obvious. Whether it’s a party, a trip, philanthropy or day-to-day housing costs, Tilt can make any type of organizing as smooth as can be. Overall, this Tilt campaign managed to sell more than 4,800 tickets in less than two hours, a clear example of the app’s accessibility and efficiency.

The event itself was a huge success. The crowd managed to fill up the hall regardless of the early show time. Set times were strictly adhered to, and security was very efficient. The opening act vibed well with the excitement of the audience and paved the way for the headliner. Austin Graham, fourth-year chemical engineering major, told me he’s seen The Chainsmokers more times than he can count, but “they still manage to get me ridiculously hyped every time.” During the set another concert go-er, fourth-year economics major Chris Mulvihill, told me that he’s “so glad he skipped studying to come see this event.” Chainsmokers over midterms erryday, amirite?

Crowd-funding concerts and tours might be the future of how artists tour. Earlier this year, The New York Times published an article discussing the feasibility of saving musicians revenue with the emergence of prominent streaming services such as Spotify or SoundCloud. A cost of touring that is often overlooked is the wear and tear such a hectic schedule takes on the artists themselves. The New York Times discusses how unsustainable of a business model touring is for artists, especially when record label contracts are considered. Record labels use artist’s independent contractor statuses to release themselves from liabilities pertaining to the well-being of the artist.

The changes happening in the music industry force artists to adapt. In an interview with The Rolling Stone, Foo Fighters front man Dave Grohl said that crowd funding might be the future of how artists plan their tours. The Foo Fighters had to cancel a huge part of their 2015 tour due to an injury Grohl sustained while performing. The New York Times reports that the canceled shows cost the band about $10 million — a sum that is very difficult to recover. An alternative needs to be found to sustain the music industry. The Chainsmokers see things similarly. The duo told Tilt, “We are seeing so much innovation nowadays, and we don’t think the way people attend concerts is any different. As artists especially, we want to go to the markets we have the most demand.”

Another reason The Chainsmokers might have been attracted to Tilt could be how both Tilt and the dynamic duo relate to fans. Tilt works solely on fan involvement, and The Chainsmokers are known for creating a close relationship with their fan base. They almost always join the after party, discuss fan encounters on their Sirius XM show “Nice Hair” and are known to retweet and respond to fans online. Oh, and we can’t forget their beautiful puppy, Cheddar. (Follow him on Insta @cheddarsaycheese. Seriously. You won’t regret it.) For artists like The Chainsmokers, a form of touring that cuts out the middleman is clearly superior to the old school touring model.

It will be interesting to see how the emergences of crowd funding changes the way artists do what they do. The possibilities are endless. If Tilt is something that you feel like you want to be a part of, you can check out what the app is all about on their website at www.tilt.com. The company is always looking for more campus reps to make a small goal a reality.