The Daily Nexus
Sports
UCSB Unable to Maintain Tempo in Second Half, Lose 76-64 to Hawaii
February 5, 2016 at 1:00 am by Elliot Thornton

After handing UC Irvine its first conference loss last Saturday, hope guided the UCSB men’s basketball team in its mission to possibly overcome another top tier conference opponent in Hawaii. While a three-point margin separated the two teams at halftime, poor offensive execution and a lack of energy caused UCSB to fall at home by a final score of 76-64. 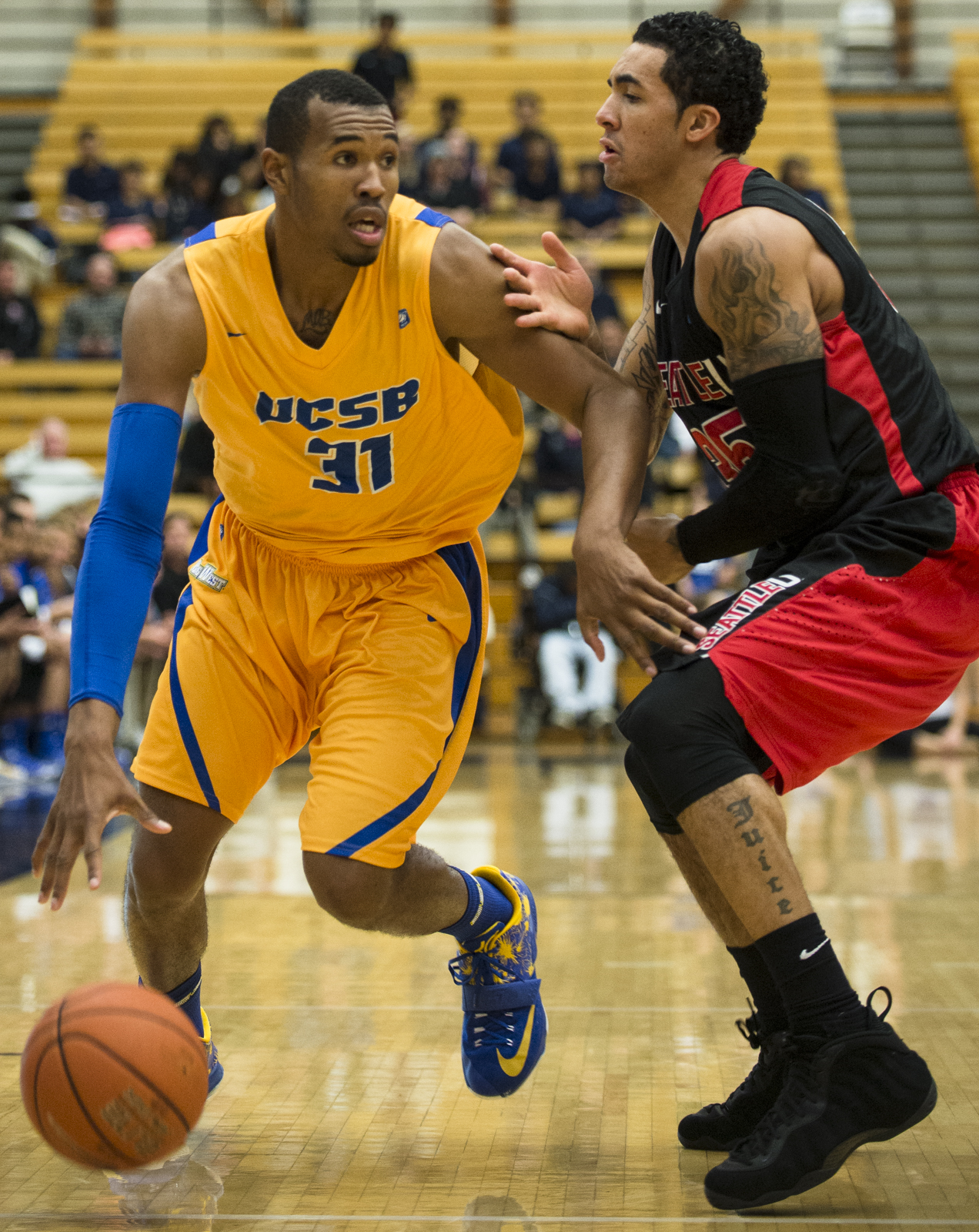 “It was not particularly good basketball in the first half on either side,” Head Coach Bob Williams said. “But in the second half [Hawaii] was able to maintain a level [of play] and we were too inconsistent on the offensive end…we didn’t have the toughness of where we wanted to get.”

UCSB’s loss lands it at 9-12 overall, 3-5 in the Big West. The Gauchos are currently in a two-way tie for sixth place with Cal State Northridge. Hawaii improved to 17-3 and 6-1 in conference play to maintain its second place standing.

The Gauchos established a quick scoring pace on offense behind the start of sophomore guard Gabe Vincent. Vincent tallied in nine of UCSB’s first 15 points, scoring the first bucket of the game off a spot up three-pointer. The Stockton native shot 4-6 in the half.

Despite only trailing 36-33 at the half, UCSB was unable to find its groove offensively shooting 11-34 from the field including 5-19 from downtown. A stagnant offense and 14 turnovers propelled Hawaii to an 11-4 run over UCSB, extending the Rainbow Warriors’ lead to 47-40 with 13:45 remaining. Hawaii never trailed after this point in the game.

While neither team was able to establish an offensive presence until five minutes remained in the second half, Coach Williams was not pleased with his team’s lack of energy.

“Two of the last three games [at home] we’ve come out with minimal effort and its unacceptable,” Williams said. “It’s hard to explain why you would have better energy [on the road] than in your own house.”

The Gauchos are currently 1-3 this year in conference games when playing in the Thunderdome. While UCSB has managed to find its rhythm against tough teams on the road, it hasen’t had the best record as of late defending home court.

“Maybe we feed off the crowd on the road, or maybe it’s an us-against-the-world attitude, but either way we are definitely a better team away from home,” Williams said.

Despite a tough loss, freshman forward Maxwell Kupchak made his presence known down low. In his 13th start of the season, the 6’7” forward battled it out with Hawaii’s frontcourt of  Mike Thomas and Stefan Jankovic, finishing with six points off 3-5 shooting.

While his stat line wasn’t the greatest, Kupchak came up clutch when his team needed him finishing at the rim within closing seconds of the first half slicing the lead to three. Kupchak also had another strong drive with 7:46 to play, pulling his team to a 56-54 deficit.

“Max is a real smart player, his basketball IQ is very high especially for a freshman,” Vincent said of his fellow teammate. “He knows how to play the game so we’ve been getting some good minutes from him especially with John [Green] going down. We need more from [Max] and it will come.”

Hawaii also took advantage of its trips to the free-throw line, scoring 22 points behind the stripe compared to seven for UCSB.

The Gauchos will look to avenge their loss this Saturday, Feb. 6 as they will face Cal State Fullerton. Tip-off is scheduled for 7 p.m. in the Thunderdome.