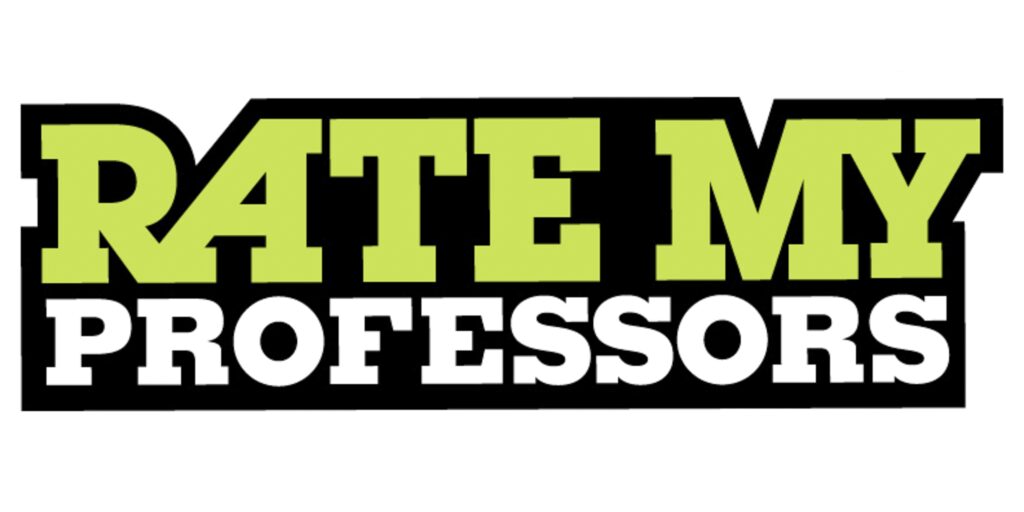 The general consensus on RateMyProfessor.com is, although the website can be a helpful tool, students’ decisions should not be based solely on others’ experiences. Photo Courtesy of RateMyProfessors.org

RateMyProfessors.com allows students to anonymously evaluate professors on a five-point scale for categories like helpfulness, clarity and even their professor’s “hotness.”

While UCSB students are familiar with the site, and some even rely on it to decide between classes, what do their professors think? The Nexus interviewed some highly rated instructors to see what they think about the website.

Communication professor Desiree Aldeis, who scores a 4.9, said she feels the website is a helpful tool for students, provided they “take it with a grain of salt” and remember the evaluations are subjective.

“I think it’s a useful tool that students can utilize to make better choices and more informed choices for the classes that they sign up for,” Aldeis said. “And I think students are also aware that these are their peer’s opinions and their peer’s experiences might be different from their own.”

Aldeis said that the website is also useful to professors so that they can see what aspects of their teaching style are and aren’t working for students.

“I think it’s important that professors get on there and read what their students say about them because there may be some things that you don’t know you’re doing that are not working well for your audience,” Aldeis said. “I feel like it’s a lot of information for us as professors in terms of how we can maybe improve or even the things we can continue to keep doing.”

German professor Evelyn Reder, who also scores a 4.9, said students should avoid choosing courses based on the subjective reviews of others.

“There must be some truth to it, but you also don’t know — it’s so individual and so subjective,” Reder said. “To be sure, you have to try them out, you can’t really base it on someone else’s judgment, so it’s probably not the best way of picking a class.”

“I kind of feel from what I’ve seen that only students that really love you or really hate you will write a review and everybody in the middle kind of doesn’t really bother,” Reder said. “I try to do my best, I try to really take my students’ voices into account and try to be there for them, but I think in every class you have students that love you and students that don’t like you so much.”

Emma Levine, a graduate student studying music, is a teaching assistant with a perfect five rating on the site. She said students should be wary of personal evaluations, because students may form strong opinions about professors based on little experience.

“I did find as an undergrad that it’s useful so students can report on things like here’s how many tests there are, how many quizzes or papers or how the class is run,” Levine said. “As far as kind of personal evaluations, it’s sort of hit or miss — you can get a student who just has one very strange interaction with the professor and then just hates them forever.”

That said, Levine said a teacher can make or break a class.

“I’ve been a TA for music appreciation class here. I’ve also taught the class, and depending on who’s teaching it, it’s a completely different class,” Levine said. “I think if you have a really great teacher, it almost doesn’t matter what they’re teaching, it’s going to be a good class.”

While some student’s opinions may not be representative, Aldeis said, evaluations with a number of negative comments are often accurate.

“It may be the case that one student had a very negative experience so they use that platform to vocalize it or voice their frustrations and things like that,” Aldeis said. “But … when you read multiple comments and they’re all saying the same thing, more or less, or have the same kind of theme to each one of them, then I don’t think that’s a sign of unfairness or inaccuracy. If anything I think that’s something that students should really consider.”

Eric Engel, a chemistry tutor with Campus Learning Assistance Services (C.L.A.S.), has a 4.9 rating and criticized the website’s “easiness” rating.

“With teachers being rated on easiness, I think that’s kind of a reflection of students not taking classes seriously or not really knowing that being forced to work is going to help them,” Engel said. “Maybe they’re seeing classes as a hurdle or obstacle to take to get to their degree and not really appreciating the benefit of hard work.”

Third-year psychology major Britteny Young said she may look for a high “easiness” rating when choosing general education or prerequisite classes but would not do the same for classes within her major.

“I’m a psych major, so math isn’t really my thing, so if I can find a teacher that’s reported to be easy then, yeah,” Young said. “But for my major requirements, I don’t think that’s a positive cause I’m paying for it, so might as well get the best.”

Young said that overall she feels like RateMyProfessor.com evaluations are generally accurate and are useful for both students and professors.

“I think it’s a great idea,” Young said. “Obviously there’s extreme responses from people — either you loved it or you hated it — but I think overall you get a really good feel for the class. I think it’s good for teachers to look at it — sometimes they can be in their own worlds.”

Rubí Rodríguez, a fourth-year political science major, said she would never use the website because she wants to form her own opinions.

“If it works, it works, but I’ve never used it or thought about using it just because I don’t like to have or be stopped from taking a class or professor because the ratings are wrong,” Rodríguez said. “That way, I can choose for myself and not come out with an idea that doesn’t necessarily apply to me.”

Rodríguez said that choosing a professor based on easiness also sometimes makes sense, because students have to consider how their choices will affect their GPA.

“I think as a college student, what you want is to succeed,” Rodriguez said. “And I think with easiness you think ‘Ok I can excel. I can raise that GPA and fulfil this credit.’”

A version of this story appeared on p. 8 of the Thursday, February 4, 2016 edition of the Daily Nexus.

Wow. Several UCSB profs caution that “the evaluations are only subjective. Talk about a penetrating glimpse into the obvious. This is text-book tautology. What in the world would be a non-subjective personal evaluation? What could rationally serve as objective criteria for a student’s experience with a teacher? Grade achieved? Promptness in finishing and staring on time? No objective measures pertain to the questions asked by Rate My Prof. What are these folk talking about? A more compelling concern (and I do quite well on rate my Prof) is that it is non-random. Folk tend to respond who really liked the… Read more »