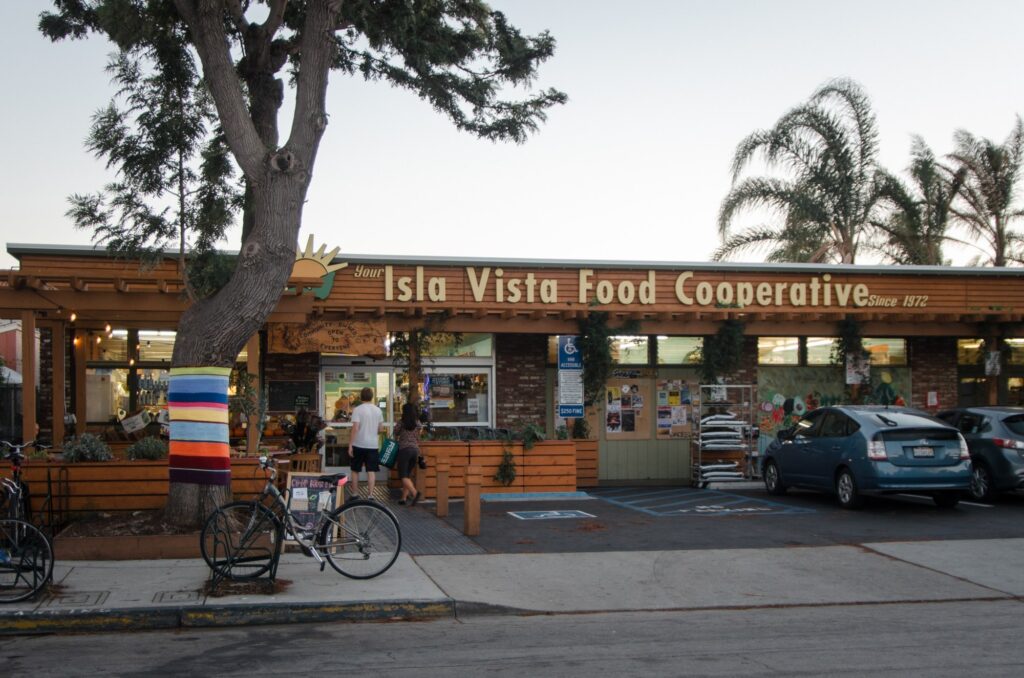 Businesses are worried that they will be negatively impacted by power outages due to their forced closures. Vivian Bui / Daily Nexus

Isla Vista business owners and managers shared their experiences with the Nexus this week regarding the recent power outages amidst stormy weather in the Goleta area.

Many local businesses have reported losing all electricity with the onset of El Niño storms. On Jan. 5, for example, strong winds damaged infrastructure and caused a power outage throughout I.V.’s downtown business district that lasted several hours, and smaller power outages have followed. In such circumstances, many businesses report having to close stores until power is restored.

I.V. Food Co-op general manager Melissa Cohen said the co-op lost at least half of its sales on Jan. 5 as the result of a power outage that rendered the store closed for five hours. According to Cohen, the store averages about $10,000 a day in sales, but it only made about $5,000 on Jan. 5.

“It’s very hard to have to sit at the entrance of your business and say, ‘Sorry there’s no power,’” Cohen said. “That was stressful and our sales that day really suffered.”

“It does affect our numbers because we sell beer and beer sells better at night,” Kim said. “It hurts financially.”

According to I.V. Drip owner Tom Leu, however, the power outage saved his restaurant money because business was already slow during recent storms and the loss of power allowed him to send employees home.

“That was a perfect time for a power outage,” Leu said.

Aladdin Café employee Steven Abdulhai, whose family owns the restaurant, said his family will usually check in with their neighboring restaurant Woodstock’s Pizza to determine whether or not to close during power outages.

“We like to keep ourselves updated with Woodstock’s — we’re cool with the employees there,” Abdulhai said. “If it’s not too serious for them to be closing, then we’ll probably stay open.”

Buddha Bowls owner Daniel Dunietz said the “real issue” with power outages is maintaining food temperatures. According to Dunietz, the loss of power shuts down refrigeration, which can cause food to spoil over a certain period of time.

“There is a fair amount of built-in insulation, but we still watch those temperatures slowly rise,” Dunietz said. “Once it gets past a certain point, [the food] becomes dangerous, and if it stays at that point for some time, you have to throw out everything.”

Dunietz said he instructs his employees to keep the coolers closed to preserve the cool air inside in case of outages.

“We have a protocol where you just don’t open the cooler, because it is insulated so it can keep that temperature cool for almost six to eight hours,” Dunietz said.

“The guys at Edison have been really awesome, so I’ve been giving them coupons and stuff,” Dunietz said. “They bust their ass.”

According to Cohen, power outages have some positive results.

“The beauty of those power outage days is that celebration when the power goes back on,” Cohen said. “We can invite our people back into our store.”

A version of this story appeared on p. 6 of the Thursday, February 4, 2016 edition of the Daily Nexus.

Amazing syntax, superb content, potential is off the charts