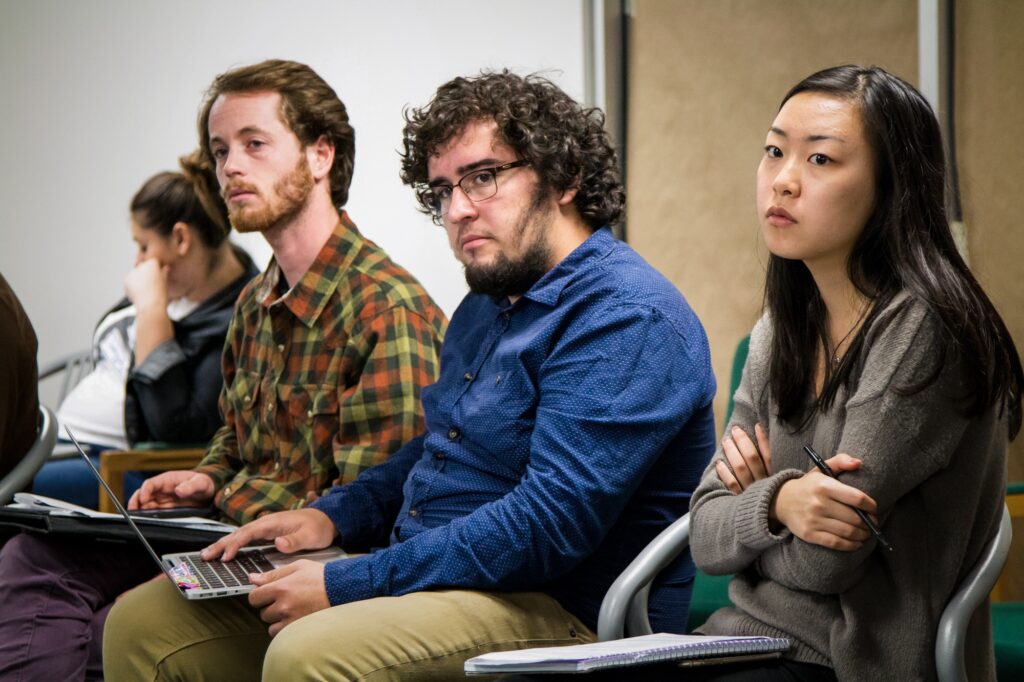 The Isla Vista Self Governance Initiative held a public meeting Tuesday at the I.V. clinic building to discuss finances and the surplus budget proposal for a potential Community Services District (CSD).

The budget was designed to be funded by an eight percent Utility Users Tax (UUT), which must be approved by the Local Agency Formation Committee (LAFCO) to be placed on the November 2016 ballot. The UUT would provide $512,000 for services in I.V., ranging from administrative positions to a parking plan.

The CSD administration is expected to receive an estimated $257,000 from the budget. This will include an IVCSD general manager to oversee public engagements and contracts for services, as well as the implantation of programs decided by the board of directors.

Lanny Ebenstein, UCSB professor of economics, said he was unsure if the general manager would be a part-time position.

“I don’t know if there is going to be basically one full-time person, because the clerical is part-time and the transaction is part-time, and the recourse development person is part-time,” Ebenstein said.

The general manager would have a salary of $162,500 and a part time clerical staff would receive compensation of $31,250 and other office expenses.

Ebenstein said the salary of the general manager would be too costly for the budget.

“I’m not sure if that is the amount required to get someone to fill the responsibilities of the general manager of IVCSD,” Ebenstein said. “I think that is something that merits further consideration … there might be other comparable positions in I.V. I think the figure is too high given the budget.”

LuAnn Miller, the Executive Director of Isla Vista Youth Projects, said an eight percent tax could be a concern for voters, especially with the addition of a new administrative position.

“I wonder about any intentional kickback from voters who are going to be looking at this and say, ‘You’re asking us to add this utility tax and part of it would go to administration. I won’t be voting on that,’” Miller said.

Ken Masuda, a volunteer with Assemblymember Das Williams’s office, said the $30,000 allotted for improved I.V. parking will benefit current and future residents because it will present a new plan based on the size of groups of individuals who park in I.V.

According to Masuda, understanding the sizes of the different groups of people who park in I.V. would be useful for the Community Service District (CSD) in planning better parking.

“One thing [that] would be helpful for the CSD-sponsored parking study is to try to get at what are the sizes of those different groups,” Masuda said. “And so in that way, the cost of the study could be more when you’re trying to get that level of detail.”

“Sidewalks, lighting, and trees are some of the most immediately visual impacting things you see in a community, and it may serve the CSD well to be able to do small projects that have striking visual impact,” Schunk said. “That way, people associate that with the work the district is doing.”

The other services in the budget amounted to $204,000. The Community Service District (CSD) would support tenant mediation as well as community Facility Recourse Development, which includes community health and economic development programs.

The proposal must be finalized within a month to be presented to the LAFCO. After an application has been accepted, a hearing will be scheduled within 90 days.