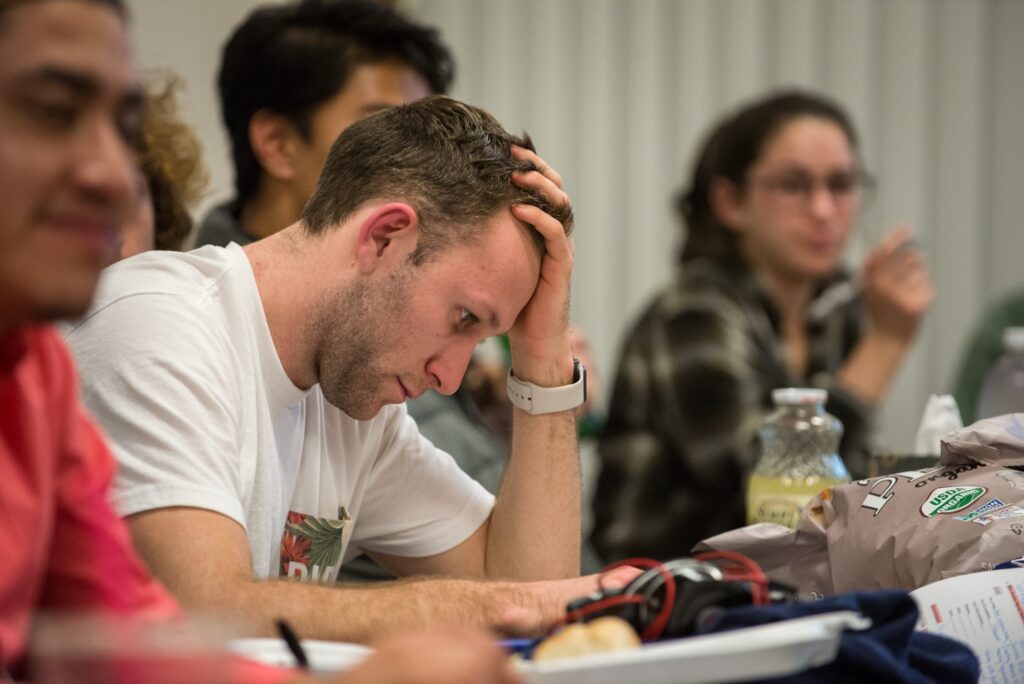 The Associated Students (A.S.) Senate met Wednesday in the Flying A room to discuss an unprecedented situation regarding the status of an off-campus senator who moved to an on-campus apartment.

Alejandra Melgoza, off-campus senator and second-year Chican@ studies and history of public policy double major, reported to have moved from an off-campus apartment in Isla Vista into the “on-campus” Sierra Madre apartments. Under these circumstances, Melgoza does not represent her constituency because she is not living off-campus. A.S. Senate discussed whether Melgoza should resign and reapply to the other two open senate positions, if they should vote to make an exception to the bylaws or change the A.S. legal code.

Kimia Hashemian, A.S. internal vice president and fourth-year sociology major, said the legal code is “unclear” and does not provide guidelines on what do if a senator’s situation changes to one in which they do not represent their constituency.

“It does say you have to remain in your constituency, but it never explains what to do in unforeseen circumstances where you have to move or what’s going to happen with the new undergraduate housing,” Hashemian said.

Melgoza said she has been looking for alternative housing for the past three weeks, and the Sierra Madre apartments ended up being her “only” choice.

“I asked the university for help. The only thing that they could offer me was Sierra Madre apartments,” Melgoza said. “I did discuss with administration, and I did discuss this with the Vice Chancellor, that I am an off-campus senator, that I was worried about what would happen with my position.”

Hashemian said senate has the option to change the A.S. Legal Code to fit Melgoza’s situation or make a “one time exception” to have Melgoza keep her senate seat.

“It’s up to you all to make that definition and you all can make the motion to allow Senator Melgoza be an off-campus senator, even though she’s living in Sierra Madre while you all make changes to bylaws,” Hashemian said. 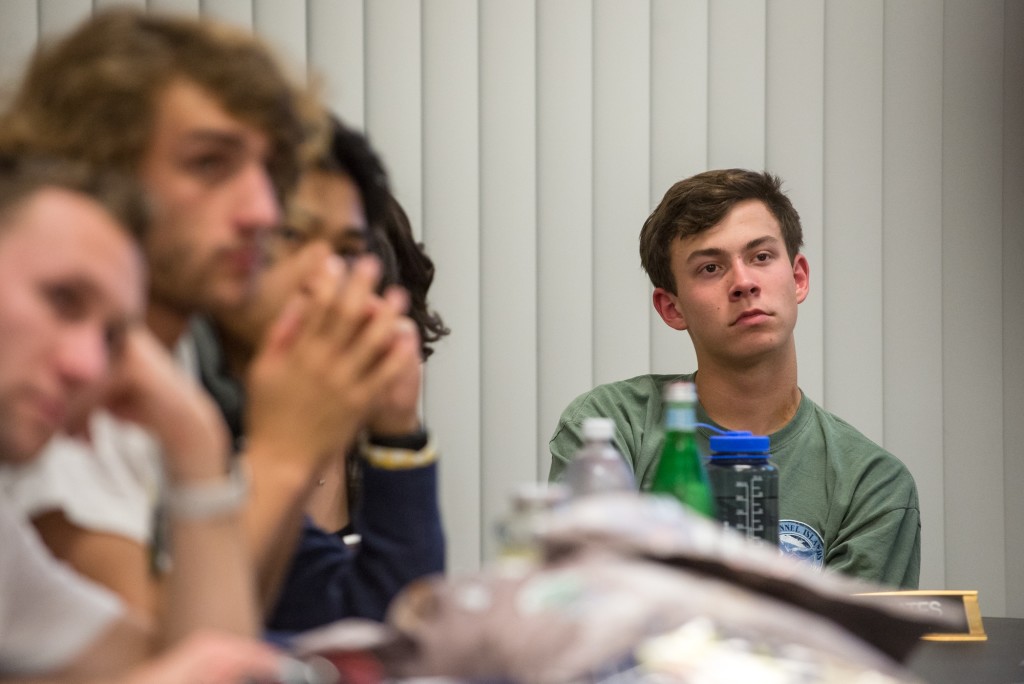 When the senate motioned to let the off-campus senator remain in Senate despite constituency issues, a hand vote of 10-3-8 stopped the motion from passing.

Senate discussed Melgoza switching to one of the two vacant senate seats, an on-campus senator position and a letters and science senator, but was rejected since it would violate the elections code.

Niki Elyasi, A.S. senator and second-year biopsychology major, said she will motion to table the approval in order for Melgoza to write a proposal describing how she will continue to serve her off-campus constituency while living on-campus.

“I motion to table the approval for a week until we get a proposal from Senator Melgoza and then decide next week whether or not she should be sworn in or just switched I guess, or do nothing,” Elyasi said. “With the stipulation that Senator Melgoza will write a proposal on how she will represent off campus students while living in a university owned apartment.”

The motion was passed in a unanimous decision.

“A Resolution to find a new On-Campus Senator”, “A Resolution to Create an Ad-hoc Committee in Search of a Collegiate Letters & Science Senator” and “A Bill to Increase Transparency and Oversight of Student Fees” were sent to Campus Affairs.

The solution is actually very simple: she resigns as required by the by laws. No “proposal” from her is needed. There’s no explanation of why she “had” to move into on-campus housing-the article made it sound like she wasn’t forced to move.