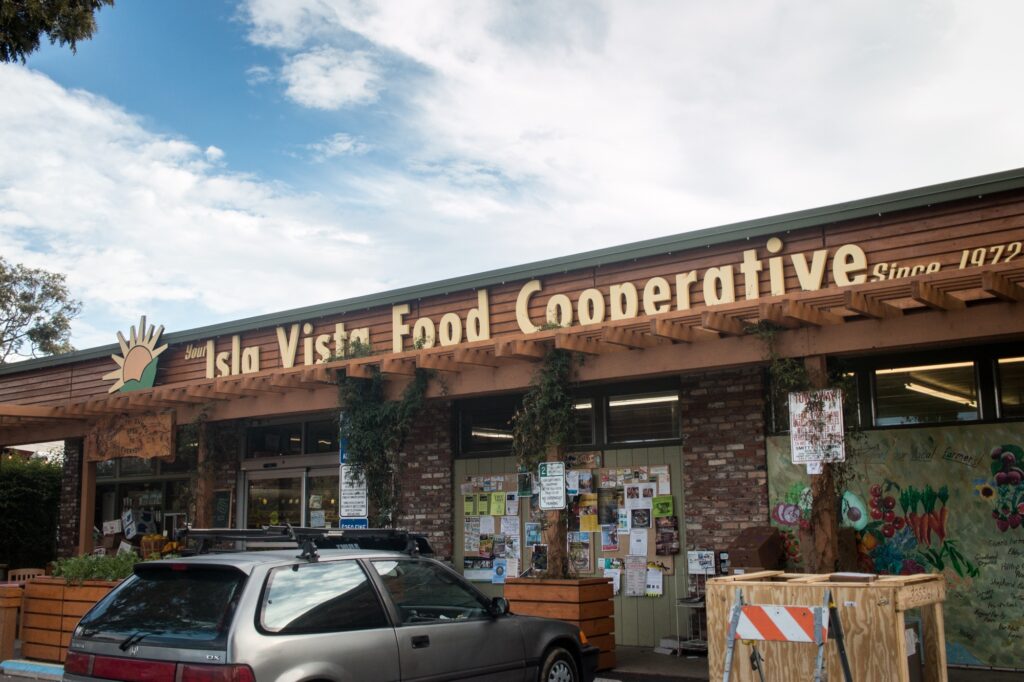 The UCSB Solar Ambassadors team will launch a crowdfunding campaign in early February to raise money for solar panels for the Isla Vista Food Co-op as part of their goal to improve sustainability in the community.

The Solar Ambassadors program is a college-campus extension of the San Francisco based nonprofit, RE-volv. Students from different colleges and universities annually organize, develop and fundraise for a solar energy project in their communities. UCSB’s chapter is gaining momentum this year and plans to run its crowdfunding campaign for at least six weeks.

Project leader and third-year environmental studies major Kaylan Lamb said she became involved with Solar Ambassadors when a professor of a class she took last year encouraged students to apply.

“We had an email from our professor to get interests together, and then we made up a team and applied,” Lamb said. “And you have to sign a local nonprofit or cooperative that owns their own building and that could potentially get solar panels on their building.”

Lamb said the Solar Ambassadors program only works with nonprofits and cooperatives.

“It’s only nonprofits and co-ops because they usually don’t have the type of funds and can’t get the type of financing in order to afford solar on their own, so that’s where we come in,” Lamb said. “We decided on the I.V. Food Co-op because they’re really interested and had just gotten a new roof installed. It’s perfect timing.”

Lamb said there there will be a launch event for the campaign in early February at the Co-op.

“We have a few events planned,” Lamb said. “One of them is the launch event that will be held at the Co-op to get the word out to the community and target the student population that comes in and out of the Co-op as well as the adult population that also shops there.”

“It’s really good to show people that it’s possible to be sustainable and also promote renewable energy,” Medina said. “We want to educate on how much of an impact it’s going to make.”

Third-year environmental studies major Olivia Godfrey said she is happy to be part of the Solar Ambassadors team because of its promotion of community-wide sustainability.

“I’m really excited to get involved with a project of this scale because it’s promoting sustainability in a way that’s pretty attainable for both students and the community,” Godfrey said. “I feel like a lot of people get the sense that solar is more like a private thing … but this project really goes to show that it can be a group effort to make something big happen.”

Co-op General Manager Melissa Cohen said the project is not only about increasing solar energy use, but also about members of the community coming together to affect change.

“It’s not just about the panels, which are an obviously great addition to our store,” Cohen said. “The method by which RE-volv makes their projects happen is directly in line with our people-powered, community-owned grocery store.”

According to Cohen, the project will succeed if the community comes together to support the cause of clean energy.

“It’s totally based in people believing in the project and helping steward it into existence,” Cohen said. “This is how movements begin, and how communities can become more and more healthy as people being to see that they’re part of something bigger than themselves.”