The Daily Nexus
UC News
Victim of On-Campus Rape Files Lawsuit Against UC Regents
January 27, 2016 at 3:03 am by Nicholas Bogel-Burroughs

A lawsuit filed Tuesday on behalf of a UC Santa Barbara student who was violently raped by three men in 2014 alleges that UCSB is partially responsible for the assault because it neglected a “dangerous” part of campus.

Three men forcibly took the unnamed female student, who was 19 at the time, from Isla Vista late on Feb. 22, 2014 and raped and beat her for several hours until approximately 4 a.m. on Feb. 23. The lawsuit calls the attack “the worst case of sexual assault” at UCSB and claims the university is culpable because it did not adequately maintain an overgrown area between the UCSB track and tennis courts, where the attack occurred. The lawsuit states the area was “so overgrown with foliage that it resembled a maze, enticing the public to hide and get lost in it.” 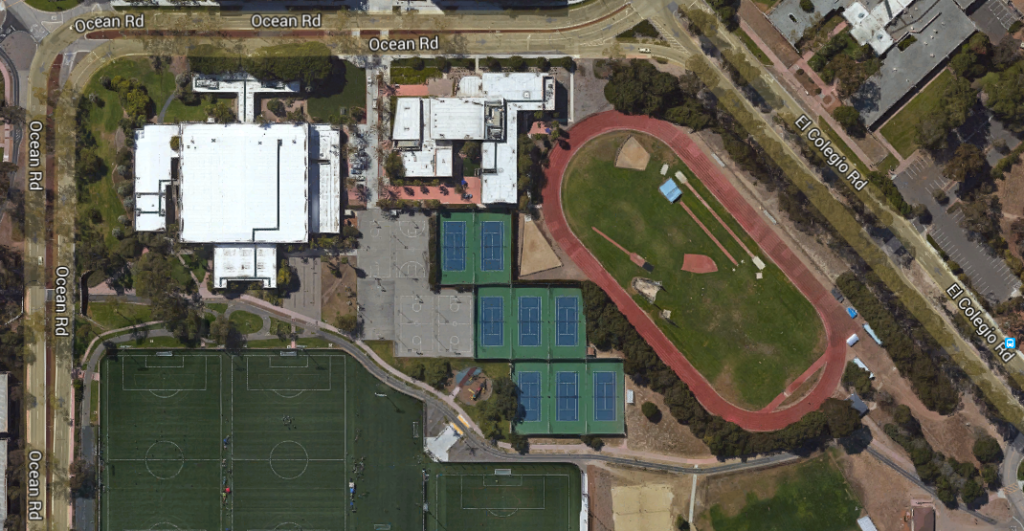 The lawsuit, filed in Santa Barbara Superior Court by attorneys Tyrone Maho and Joshua Lynn, states “UCSB had previously received several complaints that crimes had occurred” in the same area, but that no “reasonable precautions had been taken” to protect students.

“Instead, UCSB tolerated the ongoing dark and overgrown foliage area and fostered a dangerous and crime susceptible environment for its students,” the lawsuit says.

The complaint states that it would have been “neither cost prohibitive nor difficult” for UCSB to “keep this area clear, lighted, and safe for UCSB students.”

Shortly after the attack in 2014, the campus police department released a sketch of two of the three men and distributed wanted posters throughout I.V. None of the three assailants have been found.

The lawsuit alleges that the UCSB Police Department was “understaffed and insufficiently trained” and says UCSB “did not reach out to a better equipped law enforcement agency to assist with the investigation and management of the case.”

The student, who is referred to as Jane Doe, believes the assailants were familiar with the specific location because of the direct route they took from I.V. to the hidden area, according to the lawsuit.

After several hours, the student, who began school at UCSB in 2012, was able to escape from the three men. She was recorded on a security camera at around 4 a.m. running back to her residence in I.V., where her roommate called police and medical personnel.

The victim was then transported to Santa Barbara Cottage Hospital where a rape kit was performed, but the lawsuit says the rape kit is “missing significant documentation including photos of her significant injuries.”

As a result of the attack, the student’s eyes were swollen shut, her nose was broken and she suffered blunt trauma to her knees, hands and abdomen, according to the lawsuit. The student also contracted herpes from one of the attackers and had to take preemptive anti-HIV medication, although the lawsuit does not say she contracted the virus.

The student is requesting damages from the university for personal injury, negligence related to the premises of the university and both intentional and negligent infliction of emotional distress. Although the lawsuit does not specify the amount of money requested from the university, it states that when figures are known, the plaintiff will “amend this Complaint and allege said amounts.”

A full copy of the lawsuit was made available by KEYT.

An initial case management conference is scheduled for May 27 in front of Judge Donna Geck, according to the Santa Barbara Superior Court website.

Is it reasonable to expect the university to keep several hundred acres clear and lighted, free from dense foliage?

The men involved would say “no”.

If the risks were obvious to UCSB, were they not also obvious to the woman? Of course not, but blaming the school for the crimes of others is like blaming the victim.

Agreed 100%. UCSB should not be blamed for the crimes of others. If the rape took place behind a rape crisis center, would you sue the anti-rape organization for the rape crime that happened upon their land?

The victim wasn’t walking in the dense area, she was dragged there. Certainly not her fault in any way. But I don’t blame the trees, either.

You are all being ‘blinded’ by this article. Its not about the goddamn trees. Its about a girl that went through some horrifying stuff, comparable to war veterans, for this girl most likely has PTSD now. So what if she gets money by blaming the school. They have funds for this stuff, don’t worry your tuition money will not rise to pay this off. And trust me, she would much prefer that these guys be arrested for these horrendous acts but they weren’t, they are still out there terrifying women. So how about you show sympathy for someone who went… Read more »

“As a result of the attack, the student’s eyes were swollen shut, her nose was broken and she suffered blunt trauma to her knees, hands and abdomen, according to the lawsuit. The student also contracted herpes from one of the attackers and had to take preemptive anti-HIV medication, although the lawsuit does not say she contracted the virus.” ummm I think she deserves some compensation for what she endured both physically and mentally. The people responsible were never found, so someone has to take responsibility. It seems there could have been actions taken on the part of UCSB to help… Read more »

Only those responsible need to take responsibility. Maybe the university should have thinned the brush there, I don’t know. But just because it was a horrific crime and the attackers haven’t been found…that’s not a reason to pin it on the university. She was attacked off campus, and dragged to the campus property. Not sure it was the fault of the university that no one saw or heard her scream.

She was not attacked off campus technically, she was dragged to campus then viciously attacked and now has irreversible scars that none of you can imagine ever having. And yes maybe it isn’t UCSB’s fault for not thinking ahead about dangerous coverage due to “shrubbery”. But they have funds, beyond what we pay for tuition, to cover expenses when getting sued. So what if this girl gets some money after experiencing an event that would lead most of the population depressed for the rest of their life, effected by PTSD, which I image this girl now has. She would much… Read more »

No she wants those bastards (aka probably someone like you) to get arrested more than she ever wanted money. But guess what, they haven’t been arrested, probably never will be. So what if she gets money out of UCSB funds that are there in case they do get sued. At least she can dry the tears she cries every goddamn night due to flashbacks with dollar bills you fucking sexist asshole