The Daily Nexus
News
Creator of Khan Academy Speaks About Education
January 25, 2016 at 5:00 am by Effie Sklavenitis 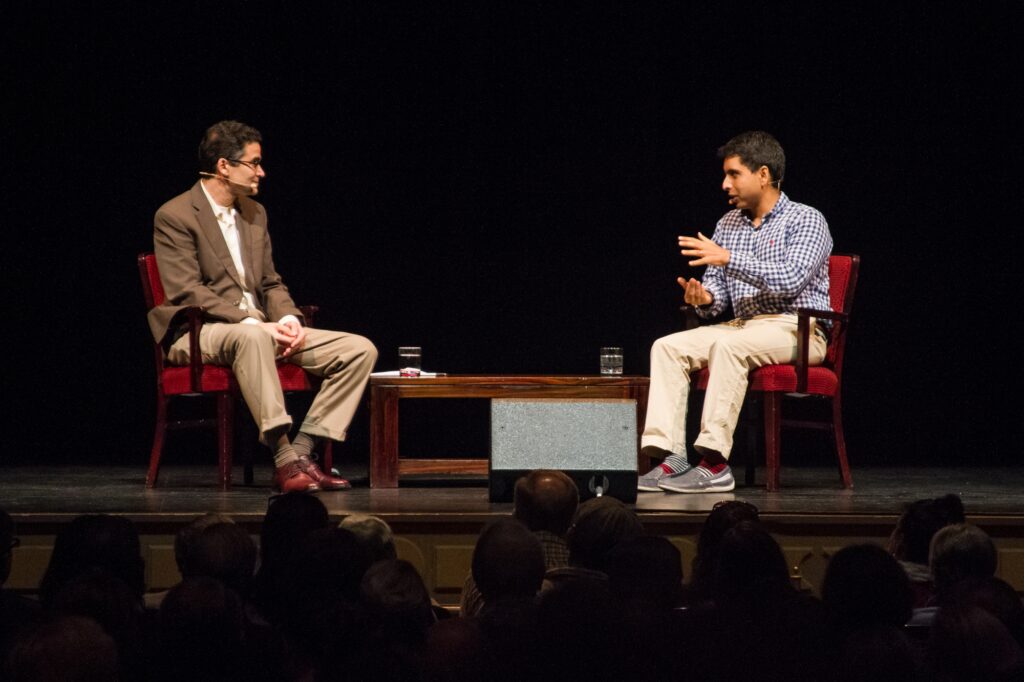 Salman Khan, founder of Khan Academy, spoke Sunday at the Granada Theatre about his nonprofit academy aimed at providing free, world-class education around the globe.

Khan, who holds degrees from Massachusetts Institute of Technology and Harvard University and authored the acclaimed novel The One World Schoolhouse: Education Reimagined (2012), transformed his over-the-phone tutoring skills into a YouTube channel and website called Khan Academy. Currently, the Khan Academy has a library of over 7,000 tutoring videos and receives up to 14 million visitors each month.

Khan said he spent many afternoons tutoring his cousins and while tutoring his 12-year-old cousin Nadia he had several of what he called ‘aha moments’ that made him realize the impact he could have through education.

Khan said he is proud to empower students to succeed in disciplines for which they have been told they do not have the “gene.”

“There’s something very powerful here,” Khan said. “We now can tell the student, ‘Keep working on it. You haven’t mastered it yet,’ because the tools are there now.”

Khan also said there is “a lot to be done” in terms of education, but he hopes to make his tools available to “level the playing field” for students who don’t have access to other resources.

“The deck isn’t stacked against them as much as they think,” Khan said.

“It was really cool to hear his voice in person instead of a blackboard,” Bhatti said. “My little brother is in eighth grade right now, so he’s going to be involved with Khan Academy, and that’s why I wanted to come.” 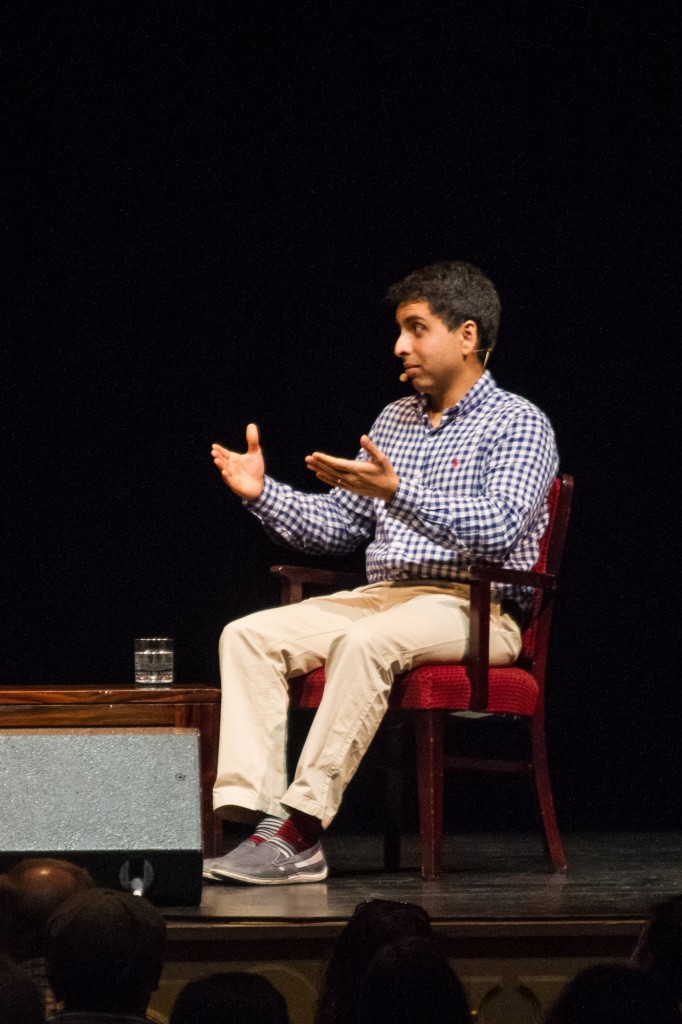 Bhatti said he appreciated Khan’s description of his college experience, in which Khan recounted social and academic challenges.

“For [Khan] to say that he submitted 40 [job] applications and didn’t get any of them, but then the 41st paid off, it was like the light of day, and something that I want to pass on to my little brother,” Bhatti said.

Wan Pei Fung, second-year biology major and exchange student from Singapore, said she attended the event because she uses Khan’s videos both at UCSB and in Singapore.

“I really used a lot of [Khan’s] videos for chemistry and physics so I wanted to come and learn more about Khan Academy,” Fung said.

Fung said Khan’s statement that “anything worth doing is something you can fail at” encouraged her to take on challenges.

“For me, I don’t want to do something because I know I’m not good at it, like physics and computer science,” Fung said. “But after that, I realized that I have to try, and that failing might be a good thing.”

Third-year environmental studies major Sydni Baker said that her favorite part of Khan’s lecture was his message to students to participate in activities they enjoy.

“I feel, like, validated. Things that I have done to [make] me happy, like joining a club or making a business with my mom, may be a sacrifice of time, but benefit me overall,” Baker said.

“I’m expecting to learn something I didn’t know before and emerge with a different perspective about learning, the pursuit of knowledge and what it means to be a student,” Brandwein said.