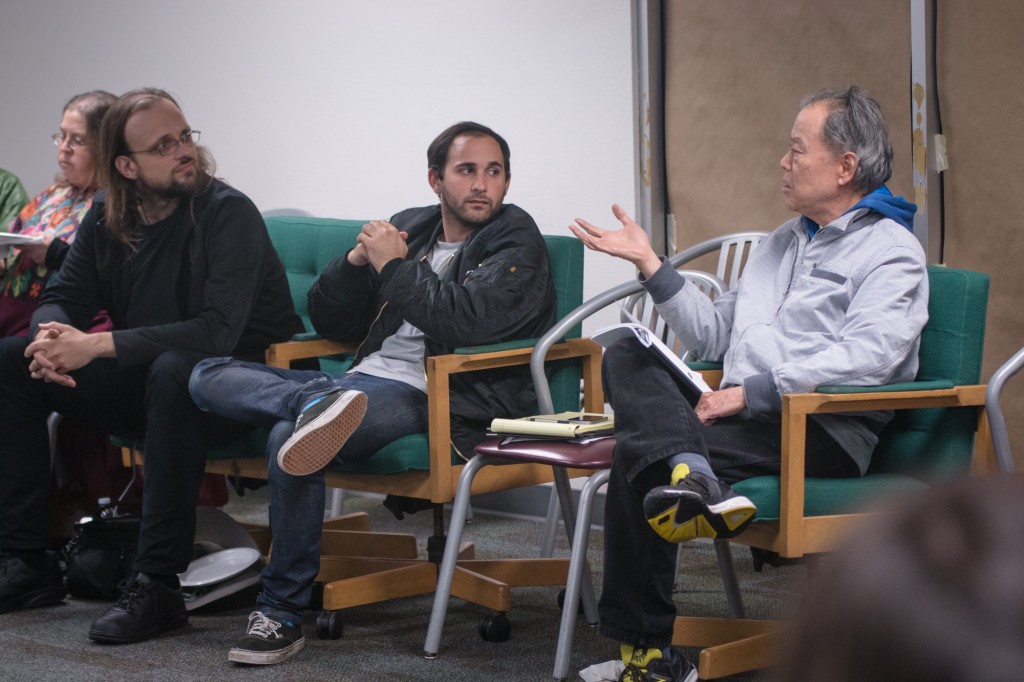 Kevin Suh, a volunteer at assemblymemeber Das Williams’ office voices his opinion that 1st year students should not be allowed to park in Isla Vista because of the increased parking congestion in IV streets. Stephen Manga / Daily Nexus

The Isla Vista Self Governance Initiative met Tuesday night at the Isla Vista Clinic building to continue discussing how to improve parking in I.V.

The discussion focused on the frustration regarding the limited parking for I.V. residents who feel ineffective restrictions allow many nonresidents to park in street-side spaces for long periods of time. A mandatory amount of space must be provided for beach and coastal access, as implemented by the Coastal Commission, but with only 3,500 parking spaces available and a population of over 17,000, many I.V. drivers are left without parking.

George Thurlow, UCSB’s Assistant Vice Chancellor for Alumni Affairs, said incoming first-year students could be most affected, as one of the solutions is to restrict all incoming freshman from bringing a car to campus, which he said would be hard to enforce.

“We see fewer and fewer freshmen bringing cars to campus, and that’s based on permits that we sell to them,” Thurlow said. “The key here is education, not enforcement. How is UCSB going to enforce something [like not bringing] a car to UCSB?”

Thurlow said he believes students need to understand the different forms of transportation they have available to them so they are discouraged rather than prohibited from bringing their own cars.

“I think the consequences would be they’re going to hide their car in I.V.,” Thurlow said. “We really need to educate students on alternatives to not [bringing] your car.”

Jay Freeman, Vice President of the I.V. Downtown Business Association, said many more UCSB students than UCLA students bring cars, because Santa Barbara is farther from home for the many students that live near Los Angeles.

“Five percent of the U.S. population lives in Los Angeles,” Freeman said. “We are far enough from L.A., where you would want a car of your own instead of someone else having to come and pick you up, so many bring their car and store it here in order to drive back and forth to LA.”

Paola Dela Cruz, Associated Students External Vice President for Local Affairs and third-year history of public policy major, said street parking in I.V. is the only option students have when they go abroad, and yet they can be fined $72 if their cars are left for extended periods of time.

“I have sorority sisters who left abroad and left their cars here and their cars got towed,” Dela Cruz said. “They couldn’t do anything about that because they were abroad. When they came back they had a large amount to pay. It’s because of a lack of education — they didn’t know that was a thing.”

Carlos Lopez, fourth-year anthropology major and Lobby Corps director, said while many students rely on friends who have cars, this is not always possible when students want to travel for out of town for extended periods of time.

“My first and second year I didn’t have a car, but you can figure it out,” Lopez said. “The real problem is getting back on the weekends.”