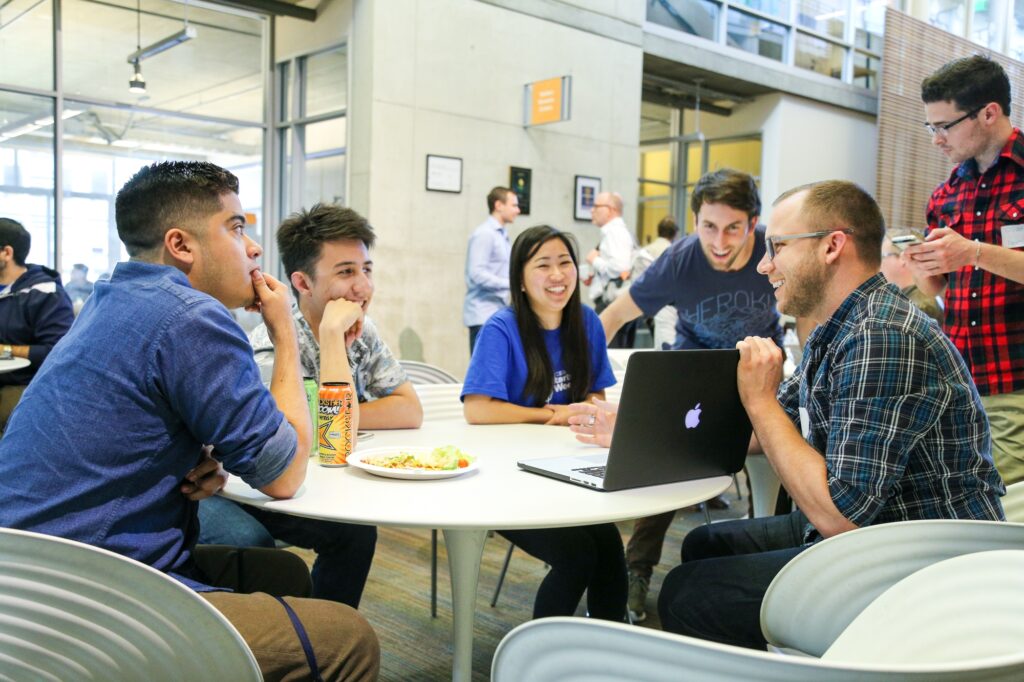 Eager entrepreneurs networked, pitched ideas and presented prototypes to a panel of experts at UCSB’s Startup Weekend Friday through Sunday at Corwin Pavilion.

The event allowed attendees to connect with sponsors and company representatives from Dandelion Nitro, SB Hackers, StartupSB, I.V. Cuts, Impact Radius and Citrix. Participating entrepreneurs pitched their ideas on Friday and looked for members to add to their teams. Attendees voted for the top 15 teams, and these teams competed Saturday and Sunday to build the best product.

The top teams also competed with teams from Cal Poly San Luis Obispo, which was hosting its own Startup Weekend.

Clint Nelsen, co-founder of Startup Weekend and CEO of Ticketbase, brought the event, which takes place in 135 countries, to Santa Barbara in 2009.

“Over an impromptu lunch, we shook hands to buy the company from [previous owner Andrew Hyde] for about $150,000, and we didn’t have a penny in our bank accounts,” Nelsen said.

Mark Cardona, who graduated from UCSB in 2009, said his interest in entrepreneurship began with selling candy out of his backpack in middle school.

“I actually made quite a bit of money doing that, and ever since then I have been trying to build other businesses,” Cardona said.

“A lot of products come to market, and the founders and people who are starting the company are really excited about it,” Semick said. “They believe their ideas can change the world, and unfortunately the world doesn’t care sometimes. This [weekend] is really the lowest-risk chance for you to get in front of people and talk about your idea.

Navjot Brar, president of UCSB’s Entrepreneurs Association and fourth-year mechanical engineering major, said there were more student attendees than in past years.

“This year it is a whole new UCSB crowd and new people being introduced to this Startup Weekend,” Brar said.

Startup Weekend, which has taken place downtown in past years, was moved to UCSB in part due to financial reasons, according to Brar.

Brar said Associated Students gave the group $8,000, which was used to buy supplies for the weekend.

“We have 3D printers set up, we give everyone a free website domain, we give mentorship, presentation feedback — literally everything that you need in a weekend,” Brar said.

Brar said meeting people who have their own companies is students’ favorite part of Startup Weekend.

“There was a survey of Startup Weekend, and the number one thing people love the most is the networking. It is just fun, it is natural — it brings you out of your comfort zone,” Brar said.

15 teams presented a product on Sunday night to six judges.

Owen Roth, a team member for Closed Cycle, said tying for first “feels awesome,” and the weekend was a rewarding experience that allowed him to engage with new people.

“The whole experience was an adrenaline rush that put you through a lot of sleepless nights, and then it was a lot of interacting with really intelligent people that had a lot of knowledge,” Roth said. “It was an intense learning experience and so educational. For me it was like going back to college again.”

Bernie Corea, a team member from Triameter and a third-year economics major, said he did not know anyone on his winning team before beginning the competition.

“I came here not knowing what to expect,” Corea said. “We started off with initially drone attachments and pivoted very quickly to creating something for real estate agencies to be able to map. We really quickly realized we had a project with huge scalable opportunity.”

The two first place teams each received a $1,500 patent-filing application, a three month co-working space at the Goleta Entrepreneurial Magnet, 10 hours of access to the “Presidio Board Room” at Workzones for the team, a year-long membership to Startup SB, a startup consult and incorporation package from Cardona Law, a chance to present in front of investors at a Tech Coast Angels Meeting, a one-year membership to the UCSB Entrepreneurs Association and one free haircut from I.V. Cuts for each team member.