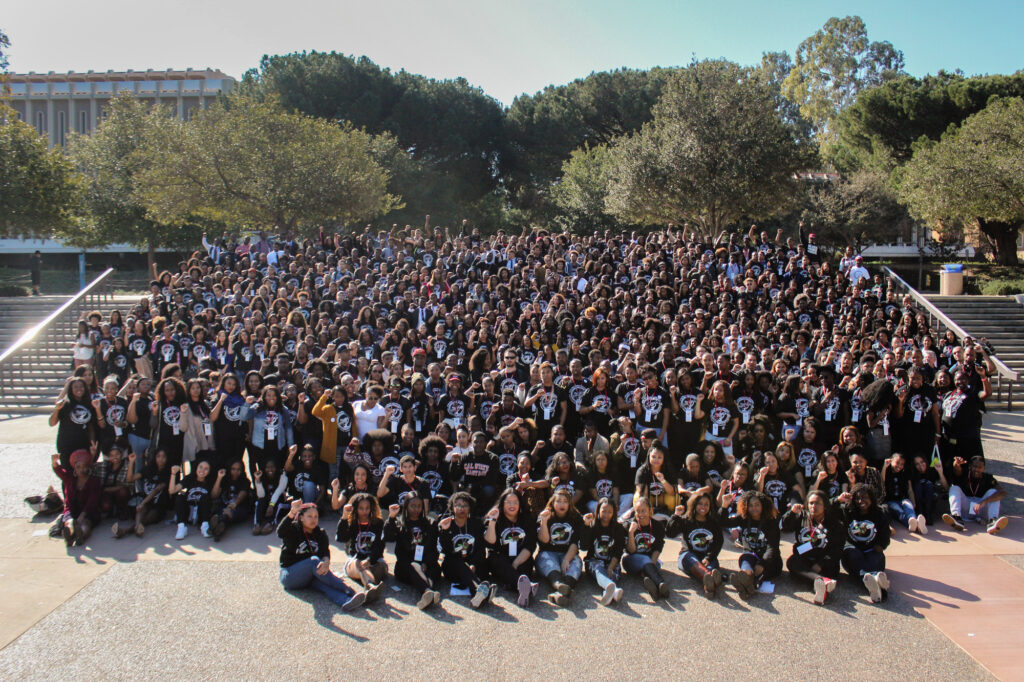 Black student leaders across the University of California (UC) increased pressure on Wells Fargo this week to divest from private prisons.

Students from the Afrikan Black Coalition (ABC), an alliance of black student groups on nine UC campuses, released a statement Monday demanding Wells Fargo sell its shares in private prisons and end all business relations with the companies by Feb. 20. According to the statement, if Wells Fargo fails to do so by the deadline, ABC will continue to pressure the UC to divest its $425 million invested with Wells Fargo. ABC pressured UC to divest from private prisons in December, prompting UC to sell approximately $25 million in private prison shares.

“We cannot be complacent with the fact that our tuition is being invested, either indirectly or directly, to the incarceration of our people,” Mitchell said.

According to Williams, Wells Fargo owns 1.5 million shares in GEO and CCA, acts as an issuing lender on CCA’s $900 million line of credit and serves as bond trustee to GEO’s $300 million corporate debt.

“They are funding private prisons,” Williams said. “Wells Fargo is completely complicit in private prisons and what they do and how they treat people, which is horrid.”

According to Wells Fargo spokesperson Ruben Pulido, the bank bears no financial investment in either GEO or CCA. Pulido said Wells Fargo Funds, owned by the funds’ investors and not Wells Fargo, currently holds a small position in the companies through a passive index fund.

“Wells Fargo holds no investment in either The GEO Group or the Corrections Corporation of America,” Pulido said in an email. “We have no seat on either company’s board of directors, and we do not dictate their policies or business models.”

“From an economic perspective, I would say [Wells Fargo] doesn’t really hold an economic interest because the interest is held by their customers — those are the beneficiaries,” Bohn said.

Bohn said if Wells Fargo were to end all investments in private prison corporations through index funds, the bank would first have to withdraw all index fund products, and would only offer funds investing in companies in which the bank wants clients to invest.

“That’s something that Wells Fargo is probably not going to do,” Bohn said.

Mitchell said she does not believe the distinction between Well Fargo and Wells Fargo Funds makes a difference.

“It’s still Wells Fargo,” Mitchell said. “You can separate it however you want bureaucratically, but it is the arm of the same system.”

According to Mitchell, black student leaders want UC and other “financiers” to divest from for-profit prisons because of how incarceration oppresses black people.

“Private prisons literally make a profit off of the incarceration of people, who, within a system that’s rooted in white supremacy and capitalism, are for the most part black and brown bodies,” Mitchell said. “Their system of mass incarceration has not helped the black community.”

Williams said the business model of private prisons requires they lobby for criminal justice and immigration policies to incarcerate as many people as possible. Williams also said these policies generally lead to the disproportionate number of racial minorities in the prison facilities of corporations like GEO and CCA.

“Their business model is getting as many people incarcerated as possible and having contracts, and if they can’t do that, then how are they going to make money?” Williams said.

According to CCA Director of Public Affairs Jonathan Burns, CCA does not take an active stance on public policies affecting incarceration.

“To be clear, CCA does not draft, lobby for or in any way promote policies that determine the basis for or duration of an individual’s incarceration or detention,” Burns said in an email.

“The allegation that our company has engaged in lobbying and advocacy for public policies that are detrimental to communities is simply not accurate,” Paez said. “Our company has never taken a position on criminal justice or immigration policies.”

Paez said GEO helps those who are incarcerated by investing millions of dollars into rehabilitation and re-entry programs for prisoners to transition more smoothly back into society.

“Groups like this one advance the notion that groups in our industry are somehow unaccountable to the government and to the public,” Paez said. “What we’ve done over the years is counter the rhetoric that is being advanced by groups like that of the University of California.”

Williams said there is nothing a private prison corporation like GEO can do to be accountable to the public except to close its doors.

“For private prison organizations to be accountable to the public, they would have to shut down,” Williams said.

A version of this story appeared on p. 4 of the Thursday, Jan. 14 issue of the Daily Nexus.

We are expected to believe this big lobby spenders dont advocate reg a rding sentencing ? Again t evidence were to “believe” they dong lobby their interests?

” spend millions” on re-entry…..thats cheap of them. Lets hear 100s of millions . thats what credability would take. He insults us all. Big boss gave us squat, were just so bledded. He this is the 3rd millenium, not 1920. Things cost.

I’m scratching my head trying to understand what the hell you’re talking about dude.

Dude put the joint down before you start typing!WTF