The woman who died after being struck by a train in Goleta on Sunday has been identified as Lillian Feng, a 19-year-old UCSB student who lived in Isla Vista.

Shortly after 9 a.m. on Jan. 10, Feng was struck by an Amtrak passenger train headed southbound under the Glen Annie / Storke Road overpass, according to a press release from the Santa Barbara County Sheriff’s Office.

Feng was a second-year pre-psychology major from Davis, Calif., according to a statement from UCSB’s Office of Student Life that was emailed to students Monday afternoon. The statement read, in part, “Losing a fellow Gaucho is heartbreaking, and we are reminded that as members of a campus community we are all connected.” 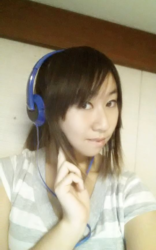 Although an official cause of death has not yet been determined, witness statements said that Feng’s actions suggest her death was a suicide, according to the press release from the sheriff’s office.

UCSB Spokesperson Andrea Estrada confirmed that Feng was a UCSB student and that she was the woman who had been killed by a train Sunday.

This is the second death caused by an Amtrak train in three days in Santa Barbara County. A 60-year-old man, Norman Horion, died on Friday after being struck by a southbound Amtrak train approaching Lookout Park in Summerland, according to the sheriff’s office.

rip lillian. i didn’t know you, but i’m saddened by your early departure.

Are you guys fucking serious? This is why I believe and will always believe that the daily nexus is a piece of trash. No one needs to know the private details concerning her death. Did you ask her parents if it was okay for you to publish this? I didn’t think so. You have the liberty of reporting whatever you want but as it is with this article and past articles where you guys have even posted a LINK to the person’s suicide note, you appear to be very insensitive and unprofessional.

What personal details? There’s one vague sentence. You’re an idiot.

No one needs to know that it’s the cause of death is suspected as a suicide. Furthermore, no one needs to know how exactly she passed away. Don’t call me an idiot just because you think the daily nexus is paper gold. In addition to reporting the details that it wasn’t in their place to report, they went so far as to take a picture of her off of her facebook. I just think they should have tried to be a little more respectful and sensitive to those of us who are grieving at the moment.

I don’t think you know what news is.

I hardly consider the daily nexus as “news.” Even so, it’s a newspaper that’s run by students at UCSB. They owe their fellow students compassion during a time like this. It is not their job to report the private details of such a delicate matter; it is a mediocre newspaper that is run by students for students. This isn’t television news.

That’s fair. Like I said, you’re an idiot who doesn’t know what news is. I don’t expect you to recognize it in the wild.

Our school has a whole second newspaper made for overly sensitive people who would rather read a carefully worded article a week after it happens. Go read that instead. Some of us actually want to know what’s happening here.

Well sometimes it’s not your place to know these things. I’m assuming you think posting the link to a suicide note is cool too right? Heaven forbid someone close to you ever pass away because I sure wouldn’t wish this on amyone. But maybe it’d teach you a thing or two about respecting other people.

you don’t think name, major, hometown and the fact that it is believed that she took her life by suicide is personal? While I appreciate knowing what is happening in our community, waiting for her friends and family to find out first before making a news story out of it just seems like common courtesy

I’m very sad to hear this. Lillian was passionate about psych, amazingly fun to talk to and produced such adorable Pokemon art. I’m happy to have known her, played in the pep band with her and honored that she drew something on my behalf. Rest in peace, Lillian. Miss you.

https://www.afsp.org/content/download/1066/16814/file/recommendations.pdf please keep these in mind when reporting

Yes. Thank you for this.

The author of this article is truly a disgusting person. On top of looking through her facebook for pictures, he was looking for more “juicy” information to write about her for his article so he can get more views.He did NOT receive permission from her family to go through her social media accounts. The Bottom Line newspaper did NOT do any of these things and managed to write a very respectful and informative article. I hope from all the comments here, he learned his lesson to not be such an insensitive prick.

TBL is as real as the daily nexus

, said no intelligent person ever.

There are a thousand other news outlets who reported on this issue in the exact same manner, go yell at them too. The Daily Nexus is a newspaper for students by students at a university where there is no journalism department; and I think they’re doing a hell of a job considering this. The reason you’re so offended is that you have become coddled by the education you are receiving. All the information found in this article is public information, provided by a public Facebook page and a public city department. Instead of taking out your irrational anger on a… Read more »

From a person who has known her for years

It hurts us…thank you.

Grow up.. maybe you should stay in college for 20 years and not enter the real world.. you arent prepared for it.. if just seeing this pic hurts you!!

?????? are you a psychopath????? because one of the signs is an inability to empathize with others’ emotions

As I was watching this thread unfold, I came to the conclusion that the folks who came here to complain about the article in the comments section are actually the insensitive ones. You could have sent a private email to the Nexus, but instead you decided to have this ugly debate about privacy out in the open in a public comments section on an article about a girl who has died. I am sure the family would rather read comments about nice memories of this poor girl than see strangers bicker for over a dozen comments. Maybe you got caught… Read more »

Refusing to indulge your attention whoring doesn’t reflect a lack of empathy.

I just want to urge people to avoid arguing with each other in the comments for civility’s sake in a tragic time like this.

Anyone who has questions is welcome to contact me at nickbogel@gmail.com. This article is meant solely to inform a grieving student body, and our hearts sincerely go out to all.

The facts are the facts. Thank you for your reporting.
Tired of political correctness. She pulled her own plug, that’s also what other media outlets are reporting.
May she rest in peace.

Amused Not
Reply to  Mr. Reality

To educate some of the more ignorant posters: first, as an editor and at least one other poster said, her death has been widely reported and all information originated with the Sheriff-Coroner. Second, it is universal policy by law enforcement not to release names of deceased persons until after next of kin have been notified first. Third, suicides are routinely reported as such by the media-in my community we routinely experience suicide by train, and those deaths are reported as suicides when the evidence supports that determination. For the record, I’ve seen the aftermath of a fatal train versus person… Read more »

Amused Not
Reply to  Mr. Reality

To educate some of the more ignorant posters: first, as an editor and at least one other poster said, her death has been widely reported and most if not all information originated with the Sheriff-Coroner. Second, it is universal policy by law enforcement not to release names of deceased persons until after next of kin have been notified first. Third, suicides are typically reported as such by the media-in my community we routinely experience suicide by train, and those deaths are reported as suicides when the evidence supports that determination. For the record, I’ve seen the aftermath of a fatal… Read more »

If you are in distress, counseling and help can be found by calling 211. Including a suicide prevention hotline.