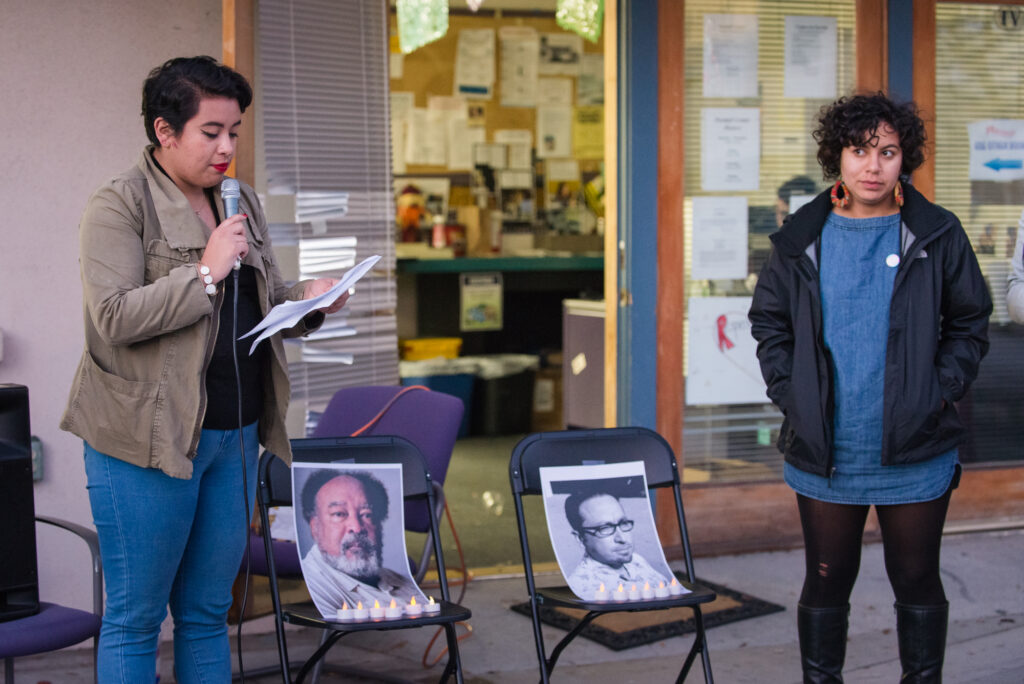 UCSB Professors Otis Madison and Horacio Roque-Ramirez were honored in a small candlelight vigil on Thursday, hosted at the Associated Students Pardall Center by students in association with Black Student Union.

Madison was a lecturer in the Black Studies Department for over 30 years, and passed away on December 29. During his time at UCSB he taught several courses regarding Blacks in sports and media and the Civil Rights Movement, and had a penchant for ruffling feathers with his unapologetic teaching style. Roque-Ramirez was an associate professor of Chican@ studies at UCSB until last year, teaching courses about LGBTQ and Chican@ narratives before passing away on December 25. Roque-Ramirez was born in Santa Ana, Salvador and in 1981 immigrated to the United States to escape the Salvadorian Civil War. He co-founded the Latin American Students Association at UCLA as an undergraduate and is remembered for his passion and resilience in academia.

Faviana Hirsch-Dubin, former UCSB professor in the Chican@ Studies and education departments, knew both Madison and Roque-Ramirez during her time at UCSB.

“From the very first that I met Professor Roque-Ramirez, we had a magic connection … which I think a lot of people felt with him because he emanated that,” Hirsch-Dubin said. “[Madison] was the voice of reason when it came to race. His understandings were profound and he shared them and inspired many students over so many years.”

Ralph Armbruster-Sandoval, professor of Chican@ Studies, said both Madison and Roque-Ramirez were extremely influential during their time at UCSB.

“Horacio was a brilliant man, not only in the regard of being a scholar,” Armbruster-Sandoval said. “He used to say … ‘I’m a triple threat. I’m gay, I’m Salvadorian and I’m a historian and I’m really gonna … blow boundaries away,’ and that’s what he did. He was able to resonate with many people because he survived so much himself.”

Armbruster-Sandoval said Madison played an irreplaceable role in students’ lives, one that was made apparent by how much students cared for him as a professor.

“They loved him in terms of what he passed on, he spoke truth to power — unflinchingly,” Armbruster-Sandoval said. “He was just about standing up for life. Otis stood up for justice, for people that were hurting.”

“There was a teach-in about four years ago … and Otis was in that particular presentation. When he started talking, it was such a relief to hear someone talking without filters or without fear about the problems we face as people of color in this country,” Baker said. “It was fearsome and it was beautiful, and I loved it.” 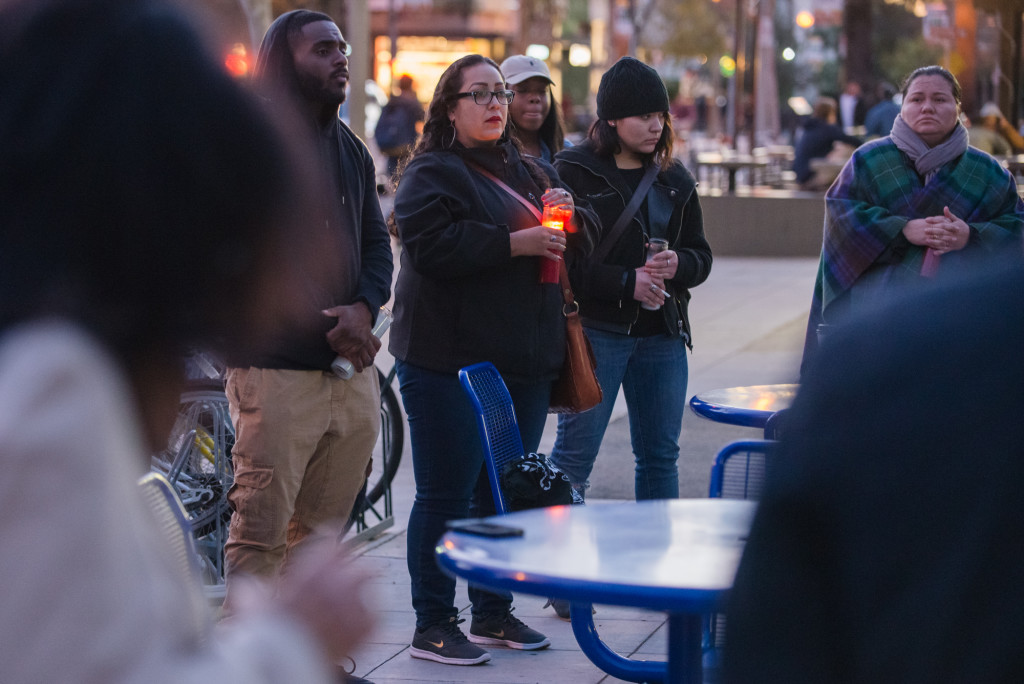 Lola Mondragón, sixth-year graduate student in the Chican@ Studies department, said Roque-Ramirez as an educator and peer had an unspoken understanding of students’ needs.

“I had gotten out of the military and was a survivor of trauma … we didn’t have a lot of words that we needed to share. He understood that,” Mondragón said. “He validated my experiences that I was having as a graduate student in the academy, a place that is very violent, especially against people of color and queer people like myself. We stand on the shoulders of great people and he will be one of those that I lean on.”

Jamelia Harris, fourth-year Black Studies and sociology double major and co-chair of BSU, took BL ST 50: Blacks in the Media her second year and said students who weren’t in Madison’s class would often attend his lectures.

“He definitely was intimidating to me initially. I can remember my first time entering his classroom and the first words he said to me were, ‘Do you think Barack Obama gives a fuck about you?’ and that was an interlude to his personality,” Harris said. “He was so unapologetic and so comfortable in who he was. He didn’t aim to please anyone … he made sure that black students’ voices were centered in his classroom.”

“I feel blessed that I was able to talk to him … enjoy his humor, his smile, and even though I only had a brief amount of time to know him, I feel he has truly impacted my life. It is really painful to know that their stories were not shared with more people,” Bermudez said.

“Horacio Roque Ramirez and I were among the first out queer oral historians in the Oral History Association. I had the pleasure of serving with him on the Oral History Executive Council,” Reti said in an email. “He did … inspirational work … especially co-editing Bodies of Evidence: The Practice of Queer Oral History with Nan Boyd. I will miss Horacio and am very sad at his passing.”

Joanne Yansen Madison, wife of Otis Madison, briefly attended the vigil and was joined by her sister, Madison’s daughter and two sons in thanking attendees for their stories.

“You know how [Otis] was … he would say, ‘Sure I’m great, I’m the greatest teacher they got!’ but it would always touch him when students would come back and say ‘I took your class and it changed my life,’” Joanne Madison said. “Thank you for standing out here tonight and for honoring your teachers, for learning more about your world and your society and for changing things.”

If you look at california state salary data that is public you will notice Horacio Roque Ramirez’s salary was cut by over 50% in the last two years of his life. Chicano Studies department deleted my comment on the matter. They’re attempting to honor a man who they pushed out purposefully.

Actually, untrue. Prof. Roque-Ramirez was on medical leave his last few years at UCSB, therefore the state covered a portion of his salary which is the cause for the discrepancy you see. He was not pushed out, he received tenure but shortly thereafter medical conditions compromised his health and ability to teach.

Horacio absolutely was pushed out. He was overloaded with work, threatened when he tried to defend students against abusive facilty members, and the pressure got to him and destroyed his health. The climate in Chicana and Chicano studies is horrific, that is why they are in receivership. A brilliant acholar is dead because he worked here, the university is fortunate that his family is not suing for wrongful death.

“He made sure that black students’ voices were centered in his classroom.” So he actively privileged black students rather than judging all his students by individual merit?

Otis Madison told students that he would send Ted Cruz supporting teabaggers home in a body bag. That’s hardly the sort of professor we should be honoring as exemplary.

That was her opinion, her version of the truth. But go ahead and continue to bring negativity to a positive story about 2 men who have their lives to academics

To be specific, he never said he would send the students away in body bags, he said he would send their “tea party arguments” home in a bodybag.. so, while most of us try to remember and honor our professors in their passing, you attempt to misrepresent an dishonor them.. shows the “quality” of human that you are. You’re hardly the sort of human being to be attempting to define what is exemplary and what is not.

thank you for honouring my uncle. I am his niece, his j. brady.

I knew Horacio in his last years. We were two over educated men down on our luck who by cosmic chance met and became fast friends. I knew him in a way I suppose that his students didn’t get to see, not as a professor or academic, but as a man in the midst of a struggle for his life, and he was intent on reclaiming his legacy. But he was suffering, too, andI worried about him. I just found out this morning, randomly encountering one of his former students and joking about my friend Horacio from Berkeley, and stopping… Read more »