The Daily Nexus
Music
Kurupt To Come to Velvet Jones
January 7, 2016 at 5:12 pm by Jack Wallace 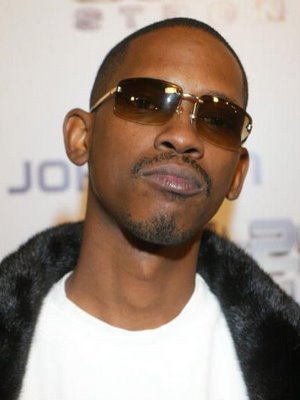 After the release of last year’s “Straight Outta Compton,” public interest in the G-funk era is at its highest in over a decade. Along with industry titans Snoop Dogg and Dr. Dre, Kurupt was one of the closest to the history (and infamy) created at Death Row Records. Making up one half of Death Row powerhouse Tha Dogg Pound (along with Daz Dillinger) Kurupt is largely responsible for the release of one of the label’s most prolific records: 1995’s Dogg Food. This Friday night at 8 p.m., we have a rare chance to see this living legend at Velvet Jones.

After Dogg Food’s release and his departure from Death Row following the death of Tupac Shakur, Kurupt’s success as a solo artist eclipsed the later efforts of Tha Dogg Pound. Space Boogie: Smoke Oddessey continues to be his most successful solo record, and remains influential to many in the game.

Kurupt later returned to Death Row to serve as their V.P. in the late ’90s after Suge Knight’s release from prison, and during that time he assumed the role of their primary solo artist. Since then, he has released several LPs, been featured in several films and now has his own line of cannabis products.

More notable than Kurupt’s public success, however, is his lasting influence throughout hip-hop. Known as a “rapper’s rapper,” Kurupt wields a flow that is equal parts smooth and hard-hitting. His verses consistently body all of the others on any track he’s put on. Kurupt’s intensity, energy and complex rhyme structure make him one of Kendrick Lamar’s top three influences (along with Tupac and Ice Cube). An undoubtedly integral member of the West Coast G-funk scene, Kurupt is one of the unsung heroes of rap, and it would be a mistake to miss him this Friday.