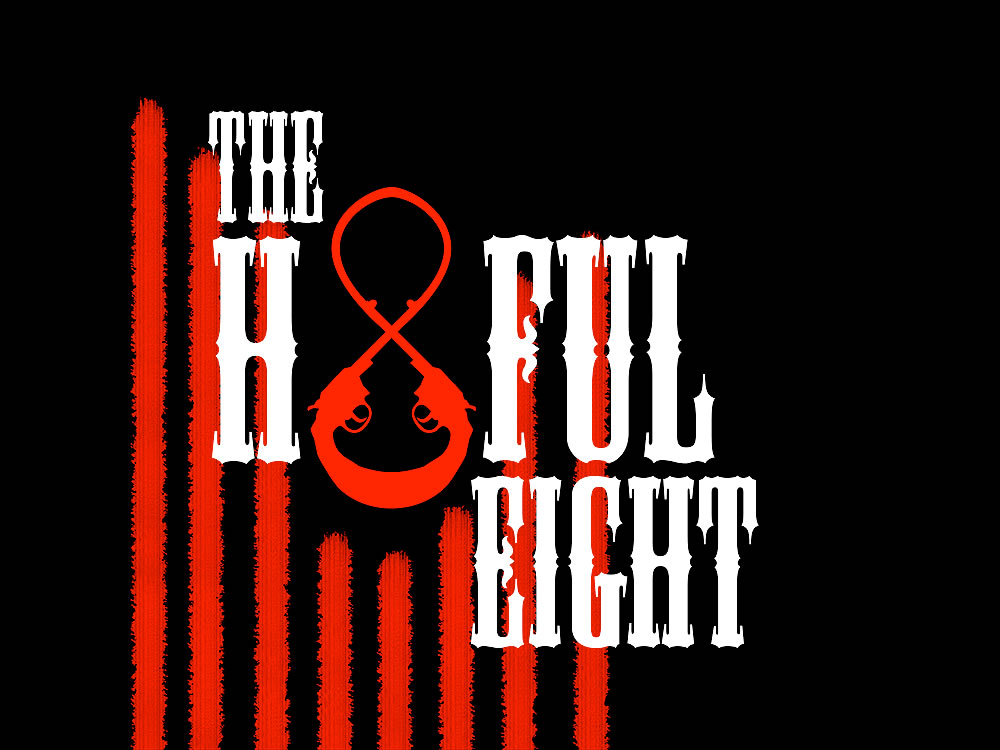 Quentin Tarantino has always had trouble dialing it down for anyone, and this has usually been to cinematically fresh effect. His films always revel in excess, often taking the form of the candy-coated violence of “Inglorious Basterds” and “Django Unchained.” “Kill Bill,” his most cartoonishly bloody film, had to be split into two releases due to its epic length. His latest work, “The Hateful Eight,” could have benefitted most from a similar sense of restraint.

Set in post-Civil War America and starring a cast of killers and crooks portrayed by the talented likes of Samuel L. Jackson, Jennifer Jason Leigh, Kurt Russell, Walton Goggins, Demián Bichir, Tim Roth, Michael Madsen and Bruce Dern, the film fails to provide a story compelling enough for their enlivened performances to carry it for the three-hour runtime. It meanders through its first act, taking viewers along on a stagecoach ride bogged down by snow and an inconsiderate sense of pacing. As Jackson and Russell’s bounty hunters ride along with Leigh’s captured criminal and Goggins’s radically racist, so-called sheriff, they string along tales of their past deeds to flesh out their characters. Though it’s clear through their long-winded discourse that each of them maintains a suspicious distrust of the others, this sizeable chunk of the film is altogether not interesting enough to conjure up the tension it’s aiming for.

The same can be said of the rest of the film’s first act, in which these four lodge up with the four other hatefuls to take shelter from an impending blizzard. The plot continues to trudge right up until the intermission, continuing to deal in shifty-eyed deceit and questionable, racially charged banter. The first bloodshed finally signals the ignition of the slow burn the film stokes throughout its first half, but the fire fails to light all that brightly.

In its post-intermission devolution into a mess of desperation, death and violence, “The Hateful Eight” fails to find its footing. It channels Tarantino’s earliest work, “Reservoir Dogs,” in its conceit of criminals walled up together in a room killing each other one by one, but never achieves the raw tension of the older work. In “Reservoir Dogs,” tension is derived physically — an organic link formed between their mistrust and paranoia and the precise, powerful violence they inflict upon one another. This tension thus becomes palpable. In “The Hateful Eight,” the drama and violence are disjointed.

The tension between the eight is based upon the duplicity between the characters. Everyone is lying to each other, and the audience just doesn’t quite know how, or to what ends. However, the film’s intense violence does not come as a result of this deceit but in addition to it, and thus its sophistication as cinematic currency is lost. The film revels in cringe and shock value to dubious effect, becoming an incessant bloodbath (even by Tarantino’s standards) without having earned the right to do so.

This misestimation of his usual assets seems to stem from Tarantino’s hubris as a filmmaker. As evidenced by the above analyses and the film’s ostentatious runtime, we see an auteur so self-assured of his talent and worth that some editors must have been left underworked. Tarantino has refused to kill a single darling, and his audience is the one paying for it.

The filmmaker’s big ambitions with “The Hateful Eight” did manage to pay off in one respect: the film’s “roadshow” presentation. Beginning with a five minute overture brandishing the scene-stealing score of legendary composer Ennio Morricone (“The Good, the Bad and the Ugly”) and split with a 12-minute intermission, the theater-going experience really did become an event. It was charming to peek back into the projector box to see the giant rolls of 70mm film, rendering the images on screen with such detail that small facets of wardrobe and setting became intricately involved with the movie in order to lend to its theatrical nature.

“The Hateful Eight” wraps itself in an intriguing presentation that can’t be matched by the presumptuous puttings-on of its plot. Toying with themes of duplicity, honesty and identity that never quite hit home, it allows itself to slip into violent spectacle for the sake of violence and spectacle. Quentin Tarantino’s eighth film, while certainly a cinematic experience, was not his best. Hopefully, the ninth will represent a return to form that does not betray its function.