The Daily Nexus
News
California Raises Minimum Wage to 10 Dollars
January 7, 2016 at 5:00 am by Effie Sklavenitis

With a few exceptions in specific cases, employers will be required to pay their minimum wage workers 10 dollars an hour, benefitting workers, but putting strain on businesses 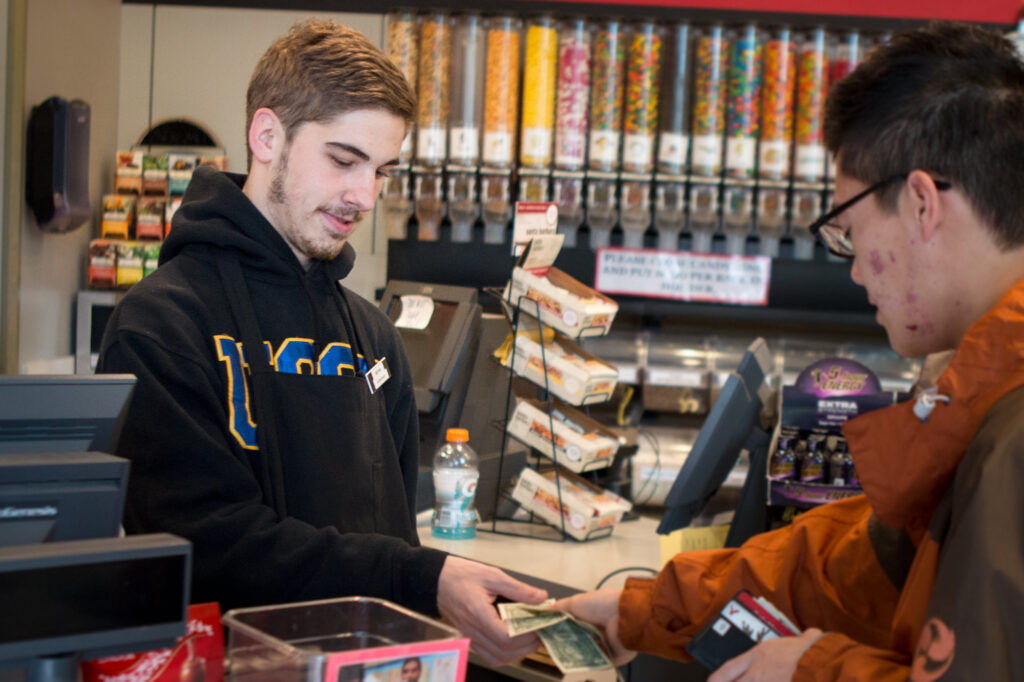 Although minimum wage employees will benefit from the one-dollar increase in pay, employers have contributed a mixed response to the announcement. Stephen Manga / Daily Nexus

California’s minimum wage rose from $9 an hour to $10 on Jan. 1 becoming the second highest national rate with the exception of the District of Columbia.

The National Conference of State Legislatures states both adults and minors will receive the minimum wage, with some exception. Outside salespersons, individuals who are the parent, spouse or child of the employer and apprentices regularly indentured under the State Division of Apprenticeship Standards are not guaranteed by law to receive the wage increase.

According to the California Department of Industrial Relations, if an employer fails to pay a worker who qualifies for the new minimum wage, the employee is able to file a wage claim with the Division of Labor Standards Enforcement or file a lawsuit against the employer.

“Everything should stay the same,” Plascencia said.

Blenders employee and second-year biopsychology major Sarah Offman said she was pleased to hear about the increased pay and said it would not affect hiring.

“It’s definitely better than it was before,” Offman said. “I think it helps … I don’t think they’d stop hiring anyone.”

“It’s good for the workers,” Rios said. “But for us, it’s a little bit hard because prices for produce have gone up and we pay a lot of rent, and we can’t hike the prices up every time.”

Because businesses in I.V. rely on students, it is hard to compensate for the decreased profits when school is not in session, according to Rios.

When talking to the restaurant’s bookkeepers, Rios said he found the business had to make changes to sustain profits with other rising costs.

“There are two things you can do,” Rios said. “You can raise your prices or try to cut employees, but it’s hard, because in I.V. business goes up and down.”

Owner of I.V. Sam’s To Go Mehrdad Homayouni also agrees that I.V. businesses face a strain, as business is seasonal.

Homayouni said he does understand that some businesses have to take measures to account for the hike in wages.

“At a lot of places, they have to [raise prices] because they are over heading so much,” Homayouni said.

A version of this story appeared on page 7 of the Thursday, January 7, 2015 print edition of the Daily Nexus.