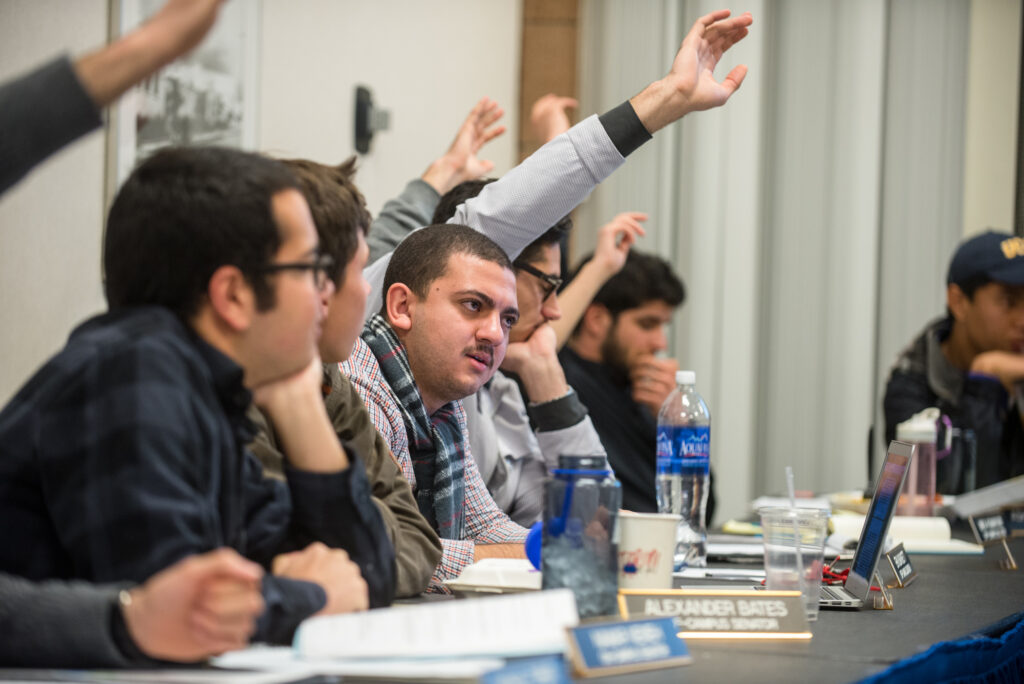 Several senators alleged at the meeting that A.S. violated the Legal Code in the process of choosing the candidates. Hobson and Labowe-Stolle will fill two open on-campus positions, one of which was left vacant by second-year art history major Lacy Wright, who resigned in Fall Quarter.

“It seems to me, through the committee’s term, there have been certain biases towards certain candidates by the leadership of the committee, because the violations are factually based and backed by legal code,” Abdalmalik said.

Abdalmalik also said the committee leaders should not have had access to the names of candidates.

Nemeh referred to Policy 15 of the Legal Code, which says, in part, “all voting members are personally charged with the responsibility of bringing any personal interests said member(s) may have in the outcome(s) of said vote(s).”

Nemeh said the committee members did not fill out the conflict of interest forms, which outline whether members know any of the candidates, have personal relationships with them, are in any organization with them and if members “would benefit in any way from [the senators] being appointed.”

On-campus senator and second-year political science major Mercedes Rodriguez said she believes there were no transparency issues in the appointment of the two new senators.

“If there was a lack of transparency, I would blame [senators] for not going because the meetings were open,” Rodriguez said. “[Senator Nikki Elyasi] was pretty transparent throughout the senate meetings about what we did. I don’t think there was anything wrong with how the process went.”

The two senators were appointed in a hand vote of 13 for and five against. Four members abstained from the vote. Shortly after the vote, Nemeh and Abdamalik left the meeting early, seemingly in a statement of disapproval.

Also at the meeting, Off-campus Senator Jerel Constantino, a third-year history of public policy and political science double-major, revealed the “2016 A.S. Referenda Reform” website. The purpose of the reform and website are to increase transparency with A.S. for voters, according to Constantino.

“My main point is I want the students to be more informed about their fees,” Constantino said.