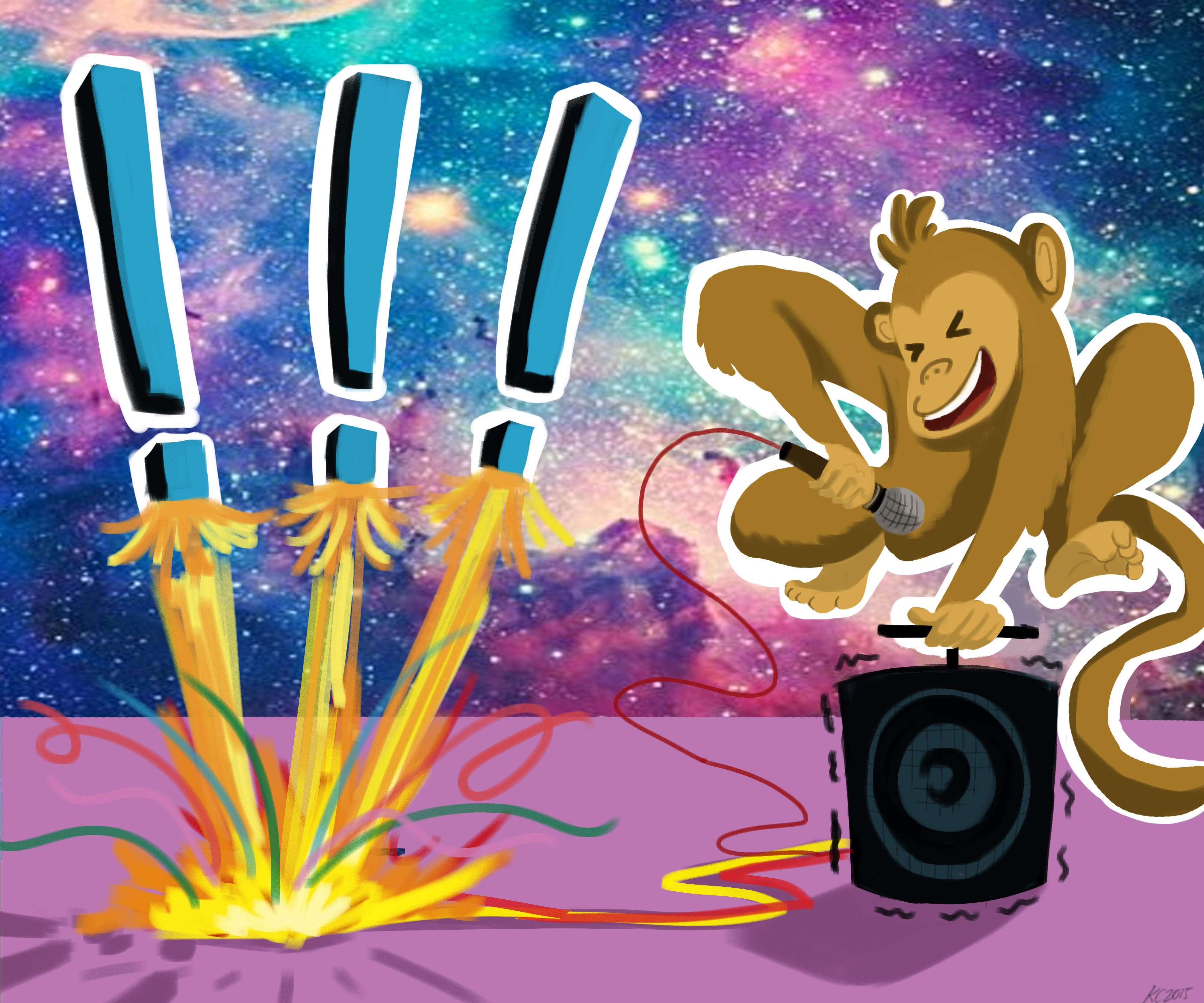 !!! (pronounced “chk chk chk”) is one of those rare bands that seem to be actually doing this because it’s fun for them. The band, whose name is now synonymous with dance-punk, consistently pumps out groovy, goofy, fantastic material, most recently with this year’s As If. Saturday, Dec. 5 they will take the stage at the SOhO Music Club downtown, along with mysterious opening band Stereolad.

OK, Stereolad isn’t actually that mysterious. In fact, it’s just the members of !!! dressed up as a Stereolab tribute band, complete with front man Nic Offer in a dress à la Lætitia Sadier. Yes, it’s exactly as awesome as it sounds. This is exactly the type of devil-may-care antic we’ve come to expect from someone who’s been known for throwing a piano into the East River and crapping all over House of the Rising Sun. Explaining their reasoning behind opening for themselves, Offer answers:

“Why? Just for a kicks, for a laugh, just ‘cause we want to. Same reasons we’ve been !!! all along. But seriously, we like a challenge. It seemed like a fun way to press our boundaries. We like to play, it was cheaper than hiring the real Stereolab to open for us and I look fantastic in a dress.”

Many bands would come off as self-centered if they opened for themselves, but for the sassy, sarcastic !!! front man, it comes off as naturally as anything.

The scourge of Google released the full-length As If this year, their sixth studio album. As If represents an effort by the group to break away from the strict dance-punk label they’ve been attached to and form a more distinct identity of their own, and for the most part it succeeds. The album clearly sounds like they’re constantly exploring new sounds and techniques for themselves, which is something too seldom seen in today’s music world. However, As If proves to be as groovable as ever, with hits like opening track “All U Writers” and “Freedom! ‘15” keeping things equal parts weird and bangin’.

The groove troubadours (groovadours, if you will) also recently released a music video for As If’s track “Ooo.” The video was directed by “Too Many Cooks” creator Casper Kelly and features Offer as a hologram in a space cantina while a series of confusing space escapades plays out in the foreground. Check it out here.

!!! has a history of putting on wild, incredibly danceable shows, and this weekend Santa Barbara concertgoers should expect just that. So if you think you’ll find yourself at the SOhO this Saturday, prepare to be whipped up into a dance frenzy and boogie like it’s 1979, or possibly a point far into the future when humanity has been subjugated by disco-minded aliens. Either way, put on your dancin’ shoes.