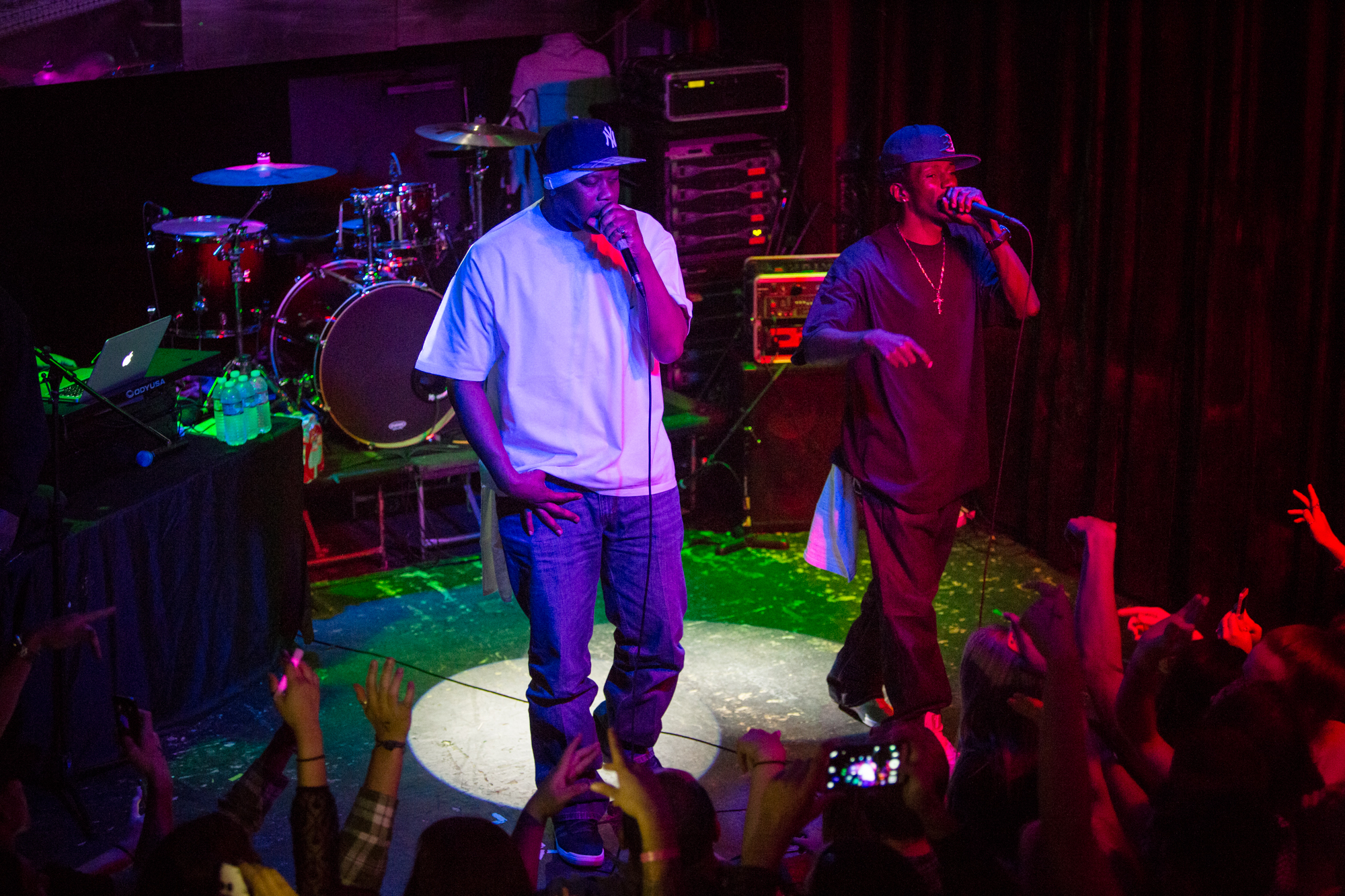 On Friday, Nov. 20 Santa Barbara was fortunate to receive a little taste of Bay Area hip-hop from legendary emcee Andre Nickatina. A spirited crowd of old-school rap fans gathered at Velvet Jones for an intimate performance that left everyone’s party urges fully satiated. Nickatina is well past his prime, yet he successfully drew a respectable crowd of students, locals and even a few groupies. The rapper’s supporters craved a night of celebration, which he surely delivered.

Nickatina’s performance opened with the very important question: “Where all my weed smokers at?” From the very beginning he displayed a sense of appreciation and understanding for his demographic. The crowd roared with approval at every opportunity to interact with the NorCal legend, especially when the topics touched on illicit behavior.

Nickatina’s stage presence enhanced the show’s appeal. Standing well over 6-feet tall, he towered over his crowd and made the stage look small. He was clearly the man that people came to see and his demeanor spoke louder than his rapping. His New York Yankees hat, cocked slightly to the left, oozed “old school emcee.” The do-rag that sat under it provided a tangible memory of early 2000s hip-hop.

It didn’t take long for Nickatina to weave his legendary background into the show. His crowd was energized by knowledge of his pivotal role in pioneering Bay Area hip-hop. After just one song, he called for everyone to put one hand in the sky for his deceased friend and fellow Bay Area icon, Mac Dre. Just a few songs later the crowd happily complied when Nickatina requested, “When I say Mac, y’all say Dre.”

The peak of the show was marked by Nickatina’s performance of his most popular song, “Ayo for Yayo.” Most of the concertgoers rapped the words, creating a full-blown party atmosphere. Nickatina recognized the vibe of his crowd and occasionally held out his microphone for some rapping assistance.

By the time Nickatina’s set was ending, the cloud of smoke hovering above the crowd made the venue’s laser beam light fixtures readily visible. The rapper’s go-to audience interactions all revolved around marijuana, so it wasn’t surprising to see (and smell) the culmination of burnt herbs.

Velvet Jones was a fantastic venue for Nickatina because his performance style fits a small stage perfectly. He created an intimate atmosphere. Fans in the front row were within arms reach and those who wanted to observe from a distance found a nice viewing spot on the balcony. Many attendees over 21-years-old stationed themselves around the bar. Attendees of all ages enjoyed some famous Velvet Jones macaroni and cheese to cap off a satisfying night of entertainment.

Watching Nickatina felt like a special experience, as his role in pioneering a sound for the Bay Area makes him a walking piece of history. Nickatina’s affiliation with artists like Mac Dre, Bone Thugs-n-Harmony and E-40 accentuates his importance amongst some of rap’s great minds.

The best thing about seeing older performers is that you never know when the opportunity will arise again. Nickatina’s current touring schedule is very sparse. Who knows when he might give up the grind for good?

If you have the chance to see Nickatina sometime in the future, make sure to buy a ticket. His Santa Barbara show charged a modest $20. This is surely a deal, but can you really put a price on a musical performance that is deeply influenced by 1990s hip-hop tradition? Concerts from artists like Nickatina are hard to come by in today’s music world, where the focus is always on “what’s next.” Take some time to appreciate those who pioneered hip-hop, and keep an eye out for a chance to see the true Bay Area legend, Andre Nickatina.