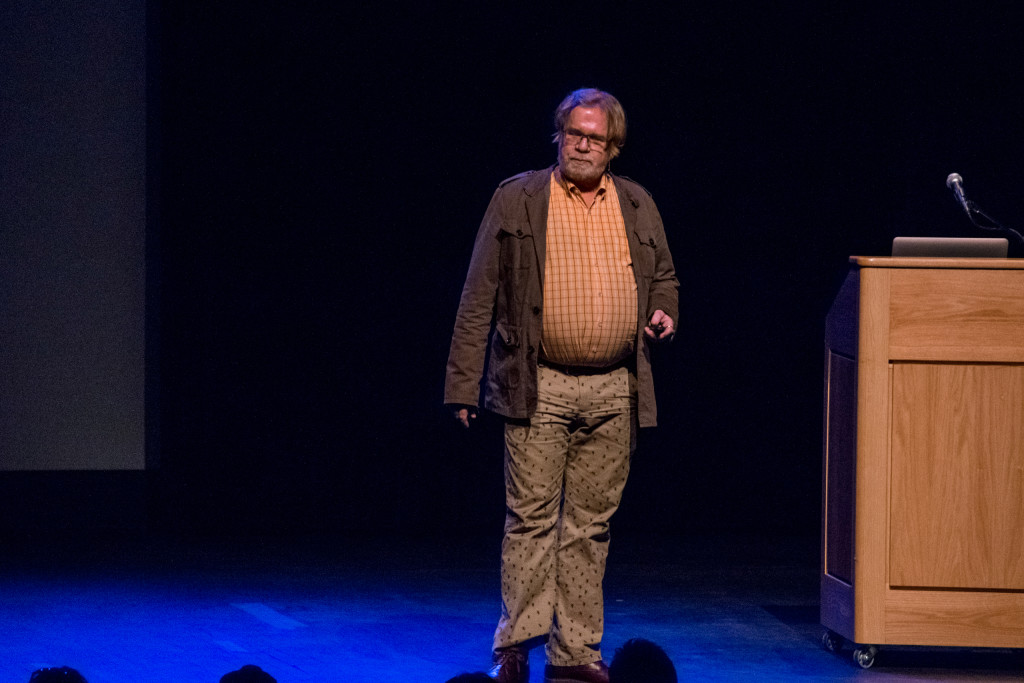 Renowned ecologist, author and photographer Mark Moffett spoke on his rainforest exploration on Sunday in Campbell Hall at a UCSB Arts & Lectures event.

Moffett is one of the only people to earn a Ph.D. under the esteemed ecologist E.O. Wilson, and has written and photographed over two dozen articles for National Geographic. Moffett chronicles some of his adventures in his book, The High Frontier: Exploring the Tropical Rainforest Canopy. During the talk, Moffett shared his photography in a slideshow.

Moffett said the architecture of rainforest trees is “fabulous.”

“Everyone’s in a death rush get to the top,” Moffett said. “And the result of that rush is this cacophony of plants everywhere.”

Moffett said one of the most interesting creatures he studied is the poison dart frog mother, which he said seems to be a “superman” because she houses each of her young in a different tree and feeds each one of them.

“She gives them a home, then for three or four days, she goes back in the tree and finds where she put them,” Moffett said. “She then feeds her young until they develop.”

Moffett also described the jumping spider, and acted out the arachnid’s mating ritual of groveling by dragging himself across the stage.

“By including all this humor … it may cause people to learn in a way that’s more hands-on and even go to the rainforest,” McDaniel said. 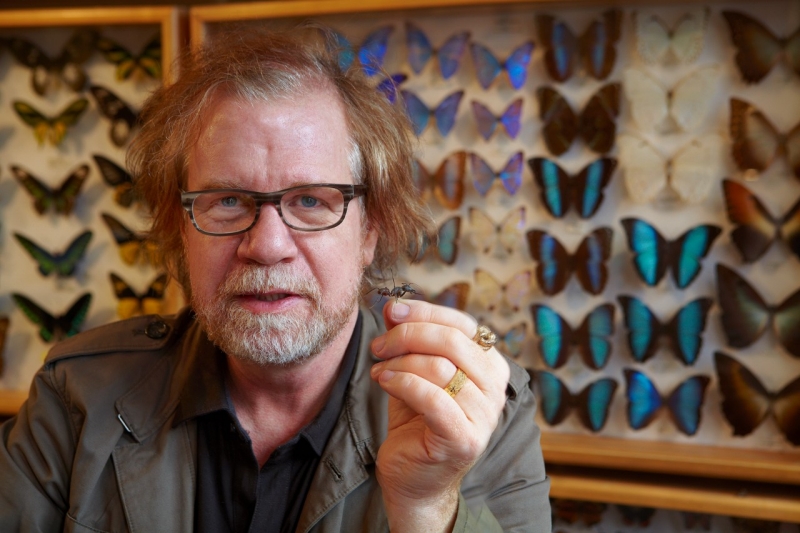 “It just goes to show, that is how he adventures and how he comes across deadly insects and animals, and he has fun,” Gilbert said. “I gained a much bigger appreciation for the diversity of rainforests.”

“He educated us on the rainforest across the globe,” said Edmiston. “He showed a different way of living — living with nature, the monkeys and the different plants.”

Moffett said the field of biology was his first passion, and then photography followed.

“I was always a biologist first,” Moffett said. “What you need is a story. Start off learning the subject where the story is at. For me, it was biology.”