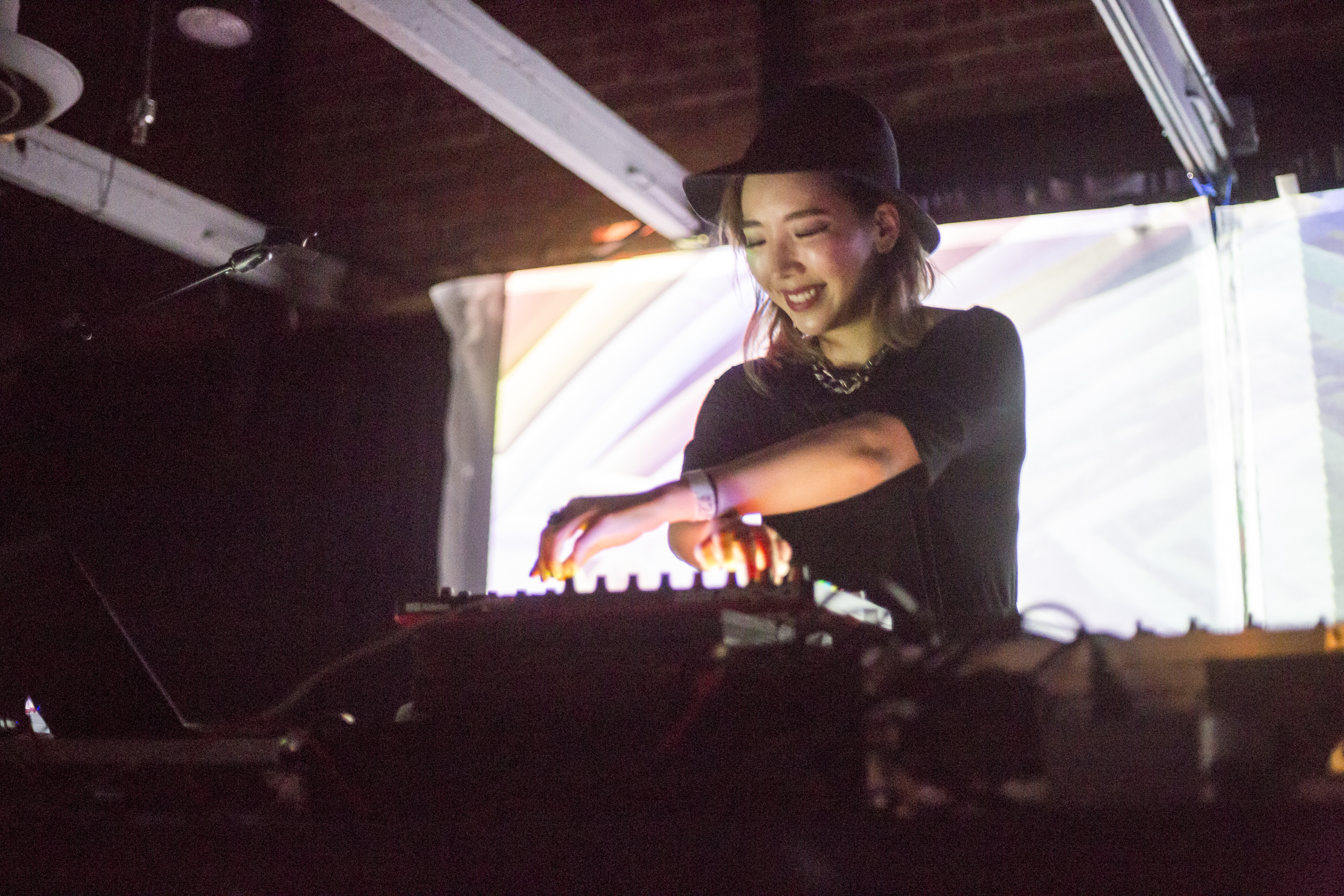 The stage was set and waiting for world-renowned DJ TOKiMONSTA, to bring SOhO’s quaint, dimly lit room to life last Thursday night. Soft background music created a tranquil ambiance while people freshened up their drinks, engaged in small talk and swayed along to the beat. It was the calm before the storm.

The attendees of this sold-out show trickled in from every walk of life. Literally. Checkered Vans-wearing undergrads, oxford-sporting graduate students, laid-back locals in flip flops, and frequent club-goers in stilettos all made their marks on the dance floor.

As the clock approached 9:00, individual groups of minglers quickly morphed into an antsy crowd in anticipation of the opening act. Thanks to SOhO’s intimate setting, dodging elbows to the face in hopes of securing artist visibility was a non-issue, unlike in most general admission venues. Any spot at SOhO is a good spot.

The previously nonthreatening crowd became rambunctious. Drinks were spilled. Chatter was thunderous, and mile-high platform heels turned their owners into mere puddles on the floor.

Finally, an hour later, Leikeli47 appeared sporting her signature mask and an unapologetic New York attitude. The instant she made her entrance, a surge of bone rattling bass vibrated the room so hard that it is a wonder SOhO still has a second floor. At this point in the night, the crowd was ready to respond to any stimulus, so when Leikeli47 demanded that everybody “clap [their] fucking hands,” you can bet everyone responded obediently regardless of how they felt about the performance. For example, even the middle-aged woman who so eloquently voiced her opinion by shouting, “This shit sucks!” could not resist bouncing along to the bass’s heavy beats.

Leikeli47’s abrasive raps lacked substance overall, but her exceptionally repetitive and simplistic lyrics had the crowd chanting along to the previously unfamiliar songs. Therefore, although the New Yorker’s vibe was out of place in laid-back Santa Barbara, she did manage to temporarily satiate the small but mighty crowd’s unruly energy.

Within minutes of the opening act’s departure, a petite girl, who was barely visible under the shadow of a wide brimmed black hat, took her place on the stage. With no introduction necessary, Jennifer Lee (alias TOKiMONSTA) kicked off the third show of her nationwide Fovere tour with a charged-up rendition of Lupe Fiasco’s “Kick Push,” to which the crowd went wild.

Lee’s hypnotic visuals and pulsing, euphoric beats turned charming SOhO into an elated dance club complete with attendees busting out interpretive, jellyfish-like moves which mimicked Lee’s melodic whimsy. Who else creates a mix of “The Next Episode” and “Hypnotize,” then jumps a decade and transitions to Tinashe’s “2 On,” cuts to “Bitch Better Have My Money” and ends the rollercoaster montage with some Kendrick Lamar?

While original remixes seemed to be the crowd favorites, die-hard fans like Jessica, a fourth-year UCSB sociology major, were most excited to hear tracks from TOKi’s older albums. However, judging by the lack of familiarity that many attendees had with TOKiMONSTA’s original songs like “Realla” and “Go With It,” one could assume that the majority of this crowd came curious to discover new music. They were not disappointed.

Lee enjoyed her time on stage almost as much as her audience enjoyed her performance. In the middle of her set, TOKi smirked and addressed the crowd for the first time to say, “I hope you guys like this Spanish version of ‘Hotline Bling,’ because I personally think it’s better than the original.” She later toyed with the audience by pretending her set was over. After a chorus of encores, Lee ran back out and said, “Ok maybe one more.” That one more song turned into two more and then three more until she ended with a bass pounding remix of “Shabba” and “Bugatti” that tore the roof off of SOhO.

Lee’s inherent charm and knack for mixing things, as she puts it, “that are really chill and really angry and obscure” turned everyone into a fan of the “bunny monster” by the end of the night. Plus, she gets extra points for playing some Spanish Drake.

All in all, it was a very well spent Thursday night.