White House Continues Support for Syrian Refugee Plan Following Paris Attacks
Although many Republicans have called for disallowing Syrian refugees from entering the country after Friday’s terrorist attacks in Paris, the Obama administration remains unchanged in its plan to bring in 10,000 Syrian refugees next year. Opposition has voiced concern regarding the fact that one of the Paris attackers is believed to have been posing as a Syrian refugee in France. More than half of U.S. governors have publicly stated they will refuse entry to any Syrian refugees into their state. nytimes.com

Two New Baby Red Pandas Debuted at Philadelphia Zoo
Two unnamed red panda cubs had their public debut Wednesday at the Philadelphia Zoo. They were born on June 26 to parents Basil and Spark. The zoo said it will keep the cubs out throughout the winter. The zoo is asking visitors to suggest names for the cubs on its Facebook page, where they can also view pictures of the pandas. There will be a vote on Monday. abc.go.com

U.S. Stocks and U.S. Dollar Rise
After the Federal Reserve Bank (The Fed) released the minutes on its recent policy meeting, U.S. stocks rose and the U.S. dollar’s value hit a seven-month high. The minutes stated many Fed officials showed support for an interest rate increase in December. The Dow Jones industrial average rose 1.42 percent, the S&P 500 rose .62 percent and the NASDAQ rose 1.79 percent. The U.S. dollar rose 0.05 percent on the U.S. Dollar Index, which measures the value of the U.S. dollar against major global currencies, after rising 6 percent in the past month. Experts said this indicates the market is ready for the increased interest rate. reuters.com 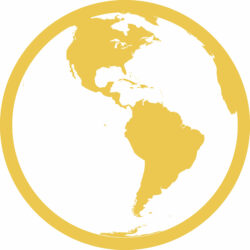 French Police Raid Apartment in Search of Ringleader of Friday’s Attacks
French police raided an apartment Wednesday in the suburb of St. Denis following a tip suggesting Abdelhamid Abaaoud, the top suspect from Friday’s terrorist attacks, may have been there. French Authorities are still unsure if the raid killed Abaaoud. At least two people died during the raid, one woman via a suicide vest she detonated, and another whose body was covered in shrapnel and bullets. French police continue to search for those responsible for Friday’s attacks and have so far conducted 414 raids across the country. They have arrested and detained 60 people, placed 118 people under house arrest and seized 75 weapons. nytimes.com

Five U.S.-bound Syrian Men Detained in Honduras with Stolen Passports
Five U.S.-bound Syrian men were taken into custody in Honduras after arriving from El Salvador carrying stolen Greek passports. According to authorities, the real identities of the men are still not known. Greek diplomats said none of the men speak any Greek. Their planned itinerary was to travel through Guatemala into Mexico, ultimately crossing the U.S. border. They are currently being held in the Honduran capital of Tegucigalpa. Interpol said it will assist Honduran police with the case. bbc.co.uk

A version of this story appeared on page 7 of the Thursday, November 19, 2015 print edition of the Daily Nexus.