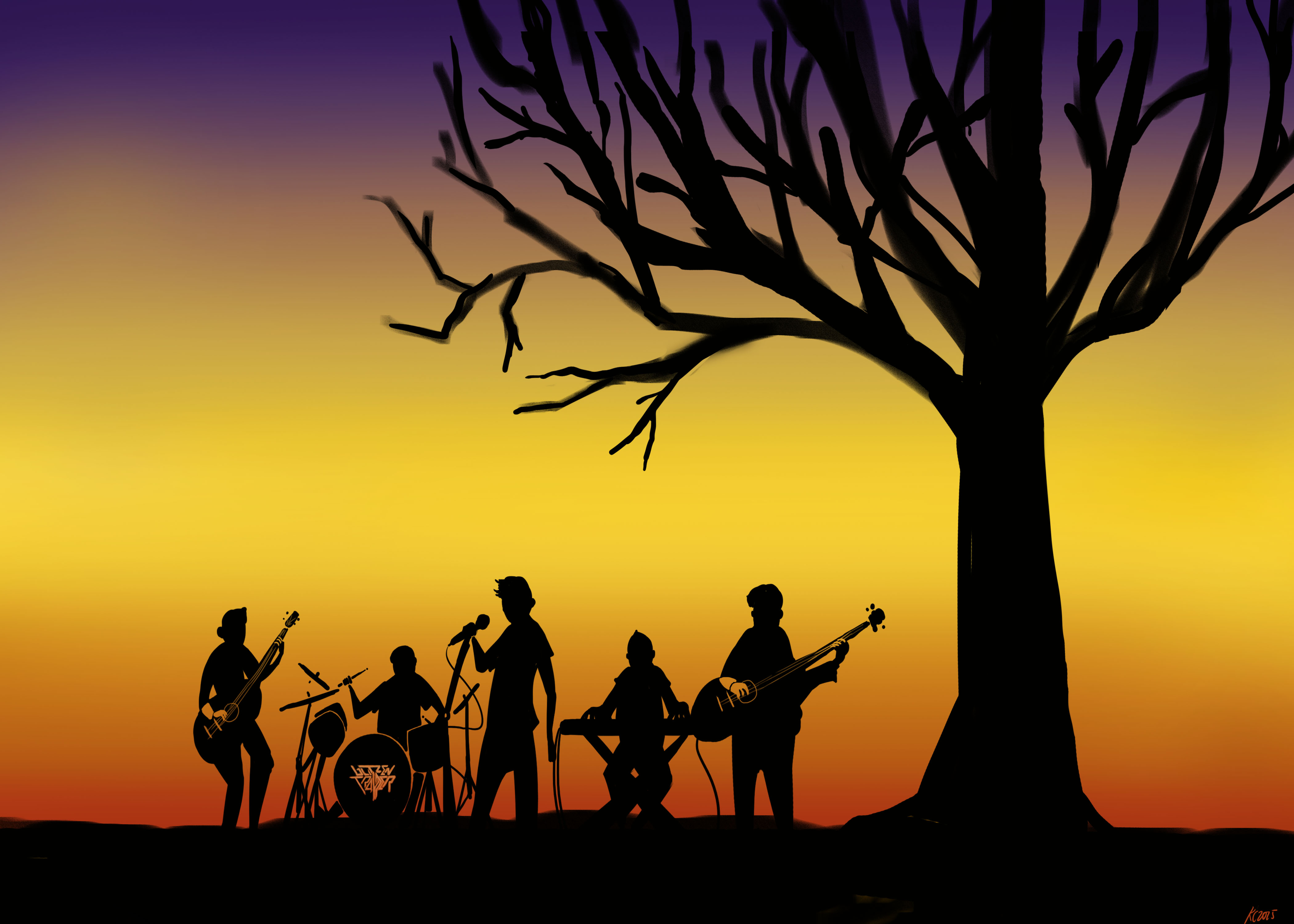 There I stood, a beacon of teenage streetwear among a sea of 20-somethings in flannels. The crowd to see Blitzen Trapper on the night of Veterans Day at SOhO was not a varied bunch. The band took the stage at just after 9 p.m., drawing in the white folks from all corners of the venue. Eventually the crowd reached a decent size, especially considering it was a Wednesday night.

Blitzen Trapper wasted little time on the formalities of crowd interaction. When asked by lead singer Eric Earley how they were doing, the crowd responded with a surprisingly enthusiastic “Wooo!” Earley and I were both taken aback. “Not bad for a Wednesday night,” he mused, appreciative of the energy of the relatively small audience.

The five-piece jumped straight into the tunes and sounded undeniably tight. Earley’s voice neither cracked nor faltered, carrying over an audience which hung on his every lyric. Drummer Brian Adrian Koch perfectly propelled the band forward, a metronome who knew how to have fun. The group has been together for well over a decade, and it was obvious in their performance.

Every band member clearly loved playing together on stage, and everyone in the audience loved being there to experience it. Guys nodded their heads and rocked to and fro. Girls swayed around, doing the appropriate corny dance, reminiscent of a Peanuts character. There were some die-hard fans who knew every lyric and sang along with Earley, and others who attempted to sit still and objectively analyze the musicianship, no doubt there for some sort of writing assignment.

They played 25 or 30 minutes straight, their set mainly consisting of similar-sounding songs. One of their high points was not even one of their songs. They covered “Come Together” by the Beatles, instilling it with a hard American groove that the boys from across the pond never could. That number was impossibly danceable, and even the least country of us there couldn’t resist getting down with it.

This first set of songs ranged from sounding like Neil Young to Lynyrd Skynyrd, eventually ending with another hard rock song, one of their own called “Fletcher.” It was at this point I realized I was enjoying myself, because I was disappointed to see them leave the stage so soon.

The band wasn’t actually done — maybe just testing audience reception or regrouping backstage. Before long three of the five guys walked back on stage. The drummer, lead singer and keyboardist took control of the stage, but the tone was suddenly different. Koch the drummer took to a microphone, and the keyboardist opted for a natural piano sound. The trio played through a few ballads, lush with harmony and soothing instrumentation.

Soon the bassist and rhythm guitarist were ready to rejoin the stage, and the reunited Blitzen Trapper played two finale songs. First they played their biggest hit to date, a song called “Furr” from their 2007 album of the same name. Immediately the crowd roared, then sang along with every word, creating a chorus much larger than seemed possible.

Finally the band closed with another groovy tune, one called “All Across This Land,” from their newest album also of the same name. This song is ripe with syncopation and distorted guitar riffs. The crowd’s energy peaked as the whole place rocked and rolled with the band. Couples danced, Blitzen Trapper jammed out and smiled, dudes threw up Metal Horns half ironically, girls did that dance where they look at each other and flip their hair around. It was a grand ol’ time that unfortunately came to an end.

It was only after seeing them live that one really gets to realize where Blitzen Trapper sits in the makeup of the music scene. If you ask a Blitzen Trapper fan to classify their music, the fan says “rock” or “folk.” However, if you played Blitzen Trapper for someone who hadn’t heard it before, most wouldn’t hesitate to call it country. The conclusion is this: Blitzen Trapper provides those who refuse to like country music with a taste of what they’re missing out on.

Trying to classify Blitzen Trapper is difficult and ultimately futile. They put on an energetic, lively show that was more enjoyable than one would expect. While they can’t be pigeonholed into the labels “country” or “folk” or “rock,” Blitzen Trapper put on a damn good show that ended up being a lot of fun.