The Daily Nexus
Literature
When Therapy Becomes Art: “Marwencol” Kicks off The Humanities and the Brain Series
November 12, 2015 at 5:00 am by Phi Do 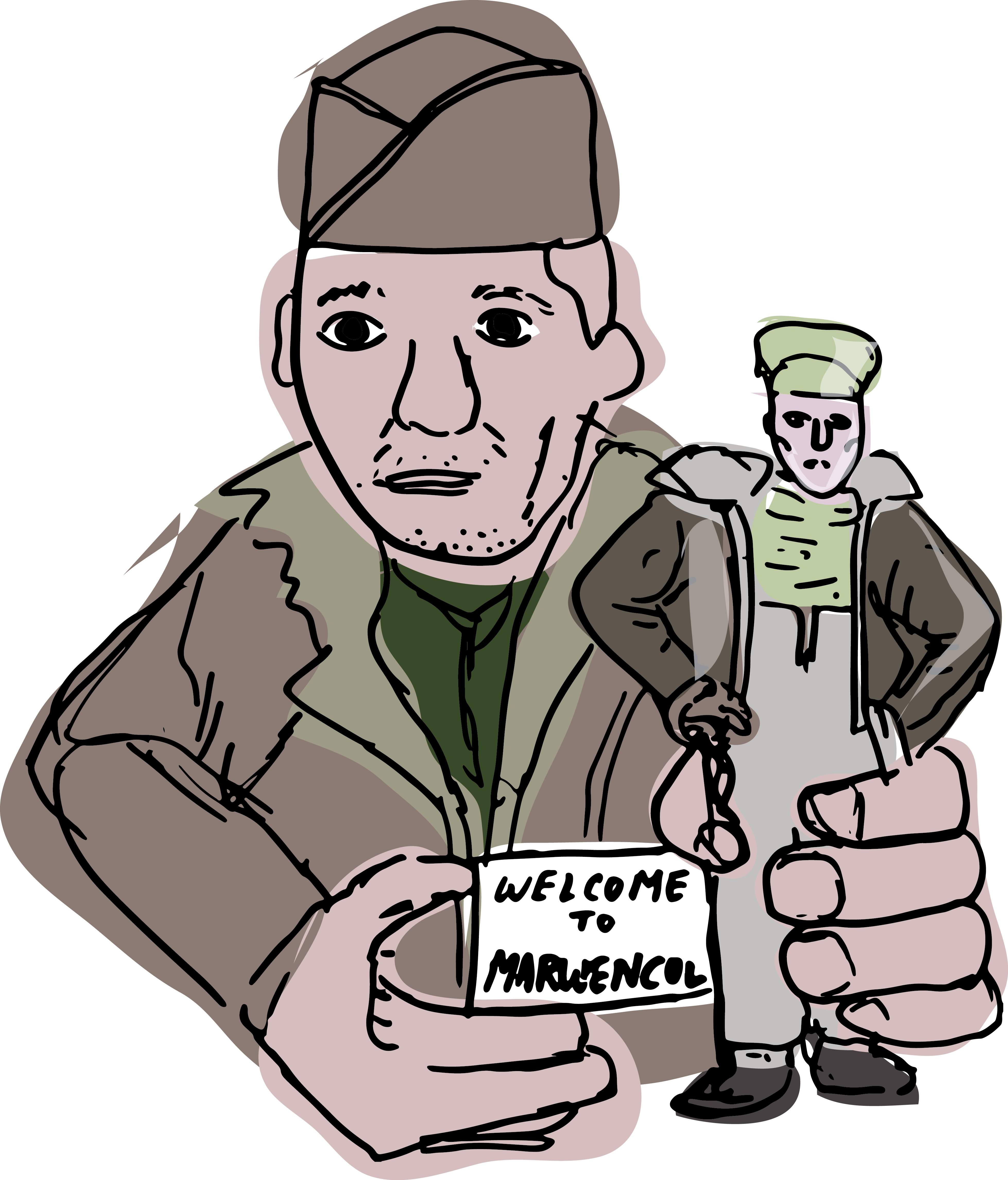 Clearly, the World War II town of Marwencol is no ordinary community. In fact, it exists in two different spaces: in the physical realm as a backyard 1:6 scale model project and in Mark Hogancamp’s mind as a therapeutic endeavor.

“Marwencol,” directed by Jeff Malmberg (making his documentary feature debut), follows Hogancamp as he creates his fictional town in an attempt to recover from a beating outside a Kingston, NY bar in April 2000. The attack left Hogancamp suspended in a nine-day coma. He awoke with lost memories and the inability to walk, eat, read or write. When his state-sponsored rehabilitation expired, he took matters into his own hands and began building Marwencol. Doll alter egos of his friends, family, attackers and himself populate the town, serving as bar tenders, soldiers, enemies and love interests in epic battles and re-enacted memories. Staging and photographing these dramas allowed Hogancamp to slowly recover his hand-eye coordination and provided an outlet for his frustration.

But little did he know Marwencol would soon break from his private bubble and storm the world stage. After its discovery by arts and culture magazine Esopus and an exhibition at a New York art gallery (and now an award-winning documentary), Hogancamp finds himself in conflict between the safety of his fantasy town and the real world he’s tried so hard to escape from.

One of the victories this film achieves is in its mise-en-scene, thanks to Hogancamp’s sharp eye for detail. Briefcases clasped in the hands of 1:6 scale dolls carry guns with fake, removable magazines and certificates of ownership, handwritten in tiny yet legible cursive. Expert manipulation of hands and feet breathe realistic emotion in his dolls whether engaged in battle or romantic entanglements. Hogancamp even creates doll alter egos for his doll alter ego to play with, although he can only do so much (drawing eyeliner on a 1:36 scale figure rarely awards “on fleek” results).

Rarely do the subject and filmmaker play so well together in a documentary, which is why Malmberg also deserves credit for his portrayal of Hogancamp. His success comes from keeping Hogancamp at the film’s focus: using Marwencol to frame the story of a man fashioning a fantasy to rebuild a reality.

“Marwencol” is the first in the “Focus On: The Humanities and the Brain” series of screenings sponsored by the Interdisciplinary Humanities Center (IHC) and the Carsey-Wolf Center. After the film concluded, IHC director Susan Derwin sat down with Malmberg to discuss what Marwencol (and ultimately, art) can represent.

“One of the reasons Marwencol was powerful for [Hogancamp] was because it wasn’t just creating child’s play,” said Malmberg. “Or maybe that’s what child’s play is; it’s the creation of emotion.”

As he filmed, Malmberg found himself examining the relationship between Hogancamp and himself. He recalls learning to ready the camera early to capture his friend’s uncontained excitement, intimate discussions of art and photography and a personal promise to present the character of Hogancamp as he is. In exploring this unique journey to rehabilitation, Malmberg raises important questions regarding the labels of “art” and “artist” for Hogancamp as a creator, Malmberg as a filmmaker and audience members as spectators.

“We’re all trying to look inside this private world and he’s been kind enough to show us,” said Malmberg. “There’s responsibility there as an audience member and as a filmmaker to honor that experience.”

Marwencol continues to grow today. Scenes constantly shift from playing major roles in the main narrative to being cast away as mere dream sequences. New buildings and vehicles (bomber planes, speedboats) boost the capabilities of Marwencol’s characters. Side stories take root, old ones replay, yet all have room for expansion. Call it child’s play, call it art, it’s evident Hogancamp always has something to (re)build.