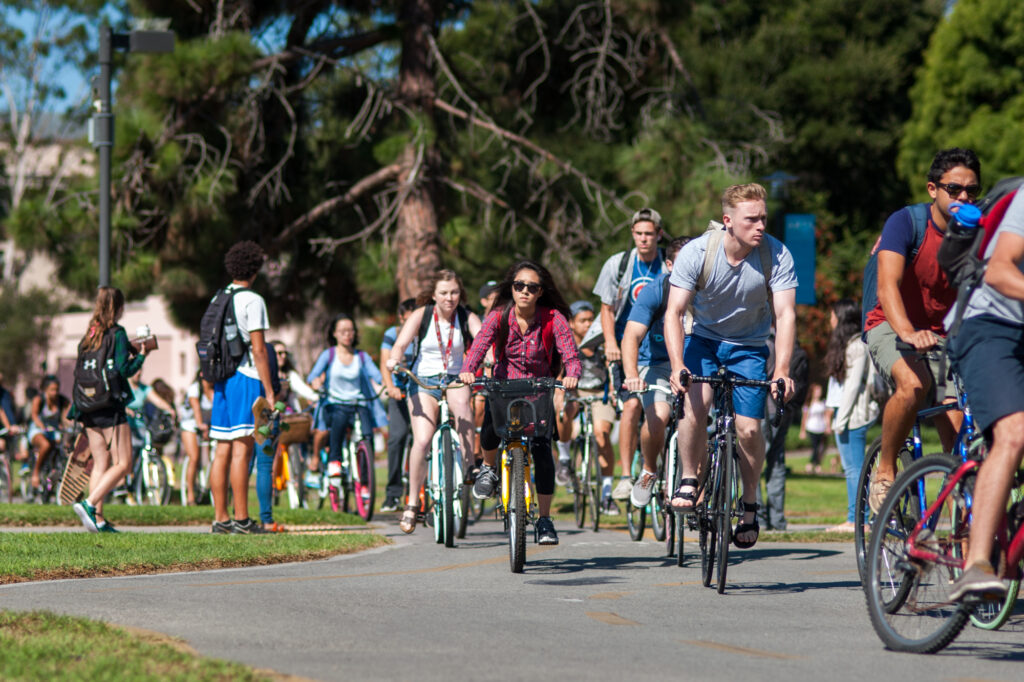 While an increase in enrollment could expand access to higher education for many
California residents, it could also lead to overcrowding in already massive classes. Lorenzo Basilio/Daily Nexus

The UC Board of Regents will vote on a budget approval to increase student enrollment by 10,000 California undergraduates over a three-year period at the upcoming Regents meeting on Nov.19.

UC President Janet Napolitano will present the 2016-17 budget plan, which allocates $25 million from the state budget and $25 million from University of California to address the influx of students. The proposal will also include a $6 million request to increase graduate student enrollment by 600 students by next year.

Media Relations for UC Office of the President (UCOP) Kate Moser said this budget proposal is a version of Jerry Brown’s May 14 budget agreement, which increased UC state funds while capping tuition rates for one additional year.

“This has been something we’ve been working on for months now,” Moser said. “It’s part of the revised budget from last May basically increasing access to the university for California students under this plan.”

Moser said UCOP supports the budget proposal despite required infrastructure changes because it will significantly help students in California gain access to a world class education.

“This is going to be a challenge for the campuses and the whole system, but UC’s are in the business of meeting and taking on challenges, and this is to the advantage of California students, so I think we’ll work together to get it done,” Moser said.

Assistant Chancellor in the Office of Budget and Planning Todd Lee said UCOP took into consideration UCSB’s long range development plan along with the needs of other UC’s when developing the proposal.

“The [master plan] identified what our enrollment goals need, and the specifics are worked out on an annual basis on how many additional students we will take,” Lee said. “But our plan was enrollment growth of one or two percent per year until we reached 25,000 students.”

“The long range development plan talks about as we grow, we need to change the infrastructure associated with that, whether that means additional student housing, student facilities, support facilities and a whole range of areas,” Lee said.

According to Lee, UCSB will accept a certain percentage of the 10,000 additional students if the budget proposal passes.

“There will be agreements reached on how many of those students will come to UCSB and that will be our targeted enrollment, which will allow us to determine how the impact might be,” Lee said.

“Even in my lecture hall, people are sitting on the walkways because it’s overcrowded,” Jang said. “We’re paying so much money already and we don’t even have a spot to sit in the classroom.”

Jang said she does not support the budget proposal because it could impact already crowded housing situations on campus.

“There would be a housing situation, because for all the shorties, they are triples already,” Jang said. “It’s more of a health code issue because you shouldn’t be squeezing so many people in one compacted area at once.”

A version of this story appeared on p. 5 of the Thursday, Nov. 12, issue of the Daily Nexus.