The Daily Nexus
News
Bruce Porter to Run to Succeed Supervisor Farr
November 12, 2015 at 5:33 am by Josh Ortiz 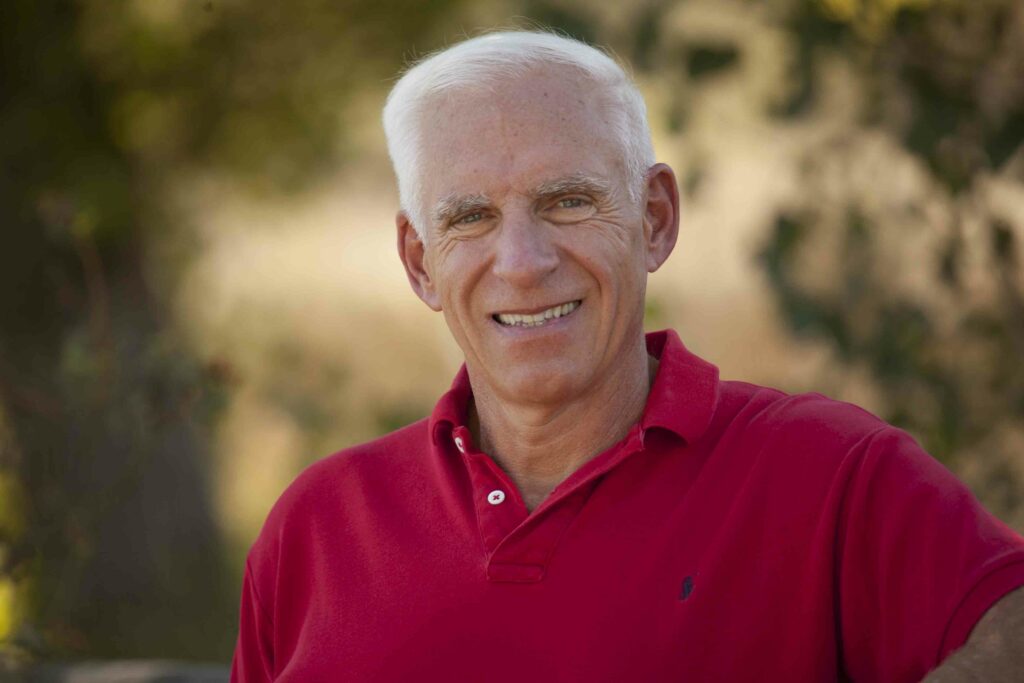 Farr announced in October she will not seek re-election after her term ends in December 2016 in hopes of spending more time with her family. Porter declared his candidacy Monday due to encouragement from neighbors and community leaders according to a press release from his office. Porter is president of the Santa Ynez Valley Union High School District School Board, Chairman of the Santa Ynez Valley Youth Coalition, a U.S. Army veteran and an Edward Jones financial advisor.

According to Porter, 25 years in the Army and 15 years living in Santa Barbara County equip him with the necessary “tools” to improve the county.
“Why am I doing this? I think the biggest reason is I think I can make a difference,” Porter said.

Porter said his role as an engineer for the Army required him to make judgments grounded in facts and reason rather than alignment with a belief system. According to Porter, this is the type of decision making that needs to take place in the Board of Supervisors.

“In the Army I was apolitical, which taught me how to think not based on ideology, but how to think on what are the facts and figures and how do you make reasoned common sense decisions about how to move forward,” Porter said. “I think that’s exactly the kind of approach we need to take in our county as opposed to just making a decision based on ideology.”
Porter said his campaign will consist of two parts: hearing potential constituents’ concerns and proposing solutions.

“Listening to people is going to be the first step. Number two is analyzing what I hear from people and really laying out a new direction for the different communities of the county and laying out how the county can help,” Porter said. “I’m making that a big, big, big part of my campaign.”

Porter said he walked around Isla Vista on Halloween with Santa Barbara County Sheriff Bill Brown and talked with residents about their concerns. According to Porter, the County has been neglecting I.V.

“The bottom line is that Isla Vista hasn’t received the appropriate amount of attention from the county,” Porter said. “I think a lot of the unfortunate events over the past year have been a culmination of that benign neglect, if you will. At least that was the sense I was getting, especially from the students, when talking to them on Halloween night.”

Porter said he plans on meeting with I.V. residents, business owners, students and campus groups to become more familiar with issues concerning I.V. and UC Santa Barbara during his campaign.

“Clearly, a challenge for me is going to be UCSB and Isla Vista and understanding their issues, because they are so different from where I live in Santa Ynez,” Porter said. “I want to come down and be able to talk to the community leaders there.”

According to Farr, the Third District has many types of constituent concerns and has more miles of California coastline than any other supervisorial district in the state. The District includes UCSB, the Los Padres National Forest, the Vandenberg Air Force Base and the Santa Ynez Valley Chumash population, with about 50 percent of its population residing outside city limits.

“We have a very large load of constituent issues that we’re working on throughout the district at any given point in time,” Farr said. “That probably makes the job of the Third District County Supervisor much more palpable and busy than probably any other district in our county.”

Farr said the role of the Third District County Supervisor is especially important to I.V. residents because I.V. is an unincorporated area that cannot go to a city council and must rely strongly on its county representatives.

“There’s a lot going on and there’s a lot to learn and lot of decisions that the Board of Supervisors will impact on Isla Vista on a day-to-day and year-to-year basis,” Farr said. “The people in the community are going to require, or even demand, that their representative on the Board represent the interest there and advocate for them, as I have done.”

Farr said Porter’s qualification for the office will become more apparent during the race.

“It’s just the very beginning of the campaign, and as we move forward we’ll see how he responds to issues in the district and … where he is on various issues that are important to the Isla Vista community in particular,” Farr said.

According to Farr, I.V. residents are going to want a candidate who supports Assembly Bill 3 (AB 3), the framework for the creation of a unique Community Services District (CSD) in I.V. funded by a Utilities User Tax (UUT).

“I think that Isla Vista is going to be looking for a strong advocate of what the community wants, including AB 3,” Farr said.

“I’d also like to learn more about their views on other social justice issues — things that I have taken very seriously in my role as EVPLA,” Dela Cruz said. “They are going to have a huge role in this because they are the voice of our community and they’re defending us at the county level.”

Dela Cruz said she wants the future County Supervisor to have the same involvement with I.V. residents and UCSB students that Farr has had throughout her seven years in the office.

“I would personally like to see this individual have the personal connection that Doreen Farr has had with us thus far in issues like AB 3 and other ongoing projects,” Dela Cruz said.

According to I.V. Downtown Business Association vice president Jay Freeman, Porter might struggle to win votes from I.V. residents due to his military background despite being a strong candidate.

“Bruce Porter is clearly a very strong and experienced candidate, but I think he will have an uphill battle here in Isla Vista,” Freeman said. “His ex-military background is impressive, but may turn off student voters.”

Freeman said he advises students to follow the race closely because the support of the Board of Supervisors is crucial for I.V.

“The large number of highly motivated student voters in Isla Vista should pay close attention to this election, particularly as we will likely see new entrants soon in this race,” Freeman said.

A version of this story appeared on p. 9 of the Thursday, Nov. 12, issue of the Daily Nexus.