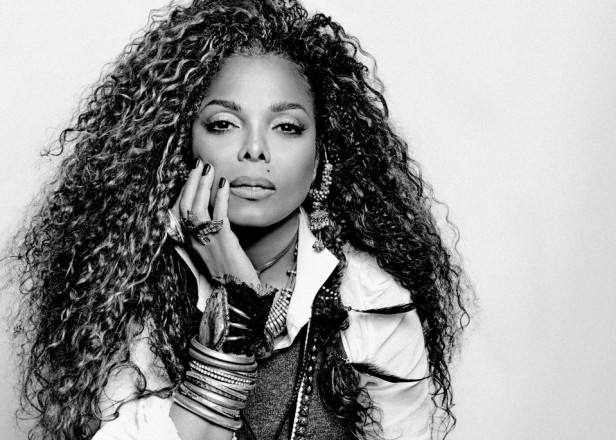 Hundreds of fans wiggled their way to their seats Wednesday night, Oct. 21 to witness Janet Jackson take the stage at the Santa Barbara Bowl. Although the groundbreaking singer had not toured in seven years, Ms. Jackson proved Wednesday night that her moves, voice and impact are untouchable, unforgettable and Unbreakable.

Jackson began the Santa Barbara show of her “Unbreakable” World Tour with her DJ, playing a slew of feel-good tunes to warm up the crowd. He took the crowd back to the early 2000s with a rotation consisting of The Neptunes, Diddy and plenty of Janet Jackson- featured songs. The concertgoers leapt out their seats as Jackson’s contribution to Beenie Man’s “Feel it Boy” flowed out of the speakers. One fan in particular stole the show as he “vogued” to the beat of Too Short’s “Blow the Whistle” mixed with Janet’s “Rock With U.” Attendee Aron Christian, visiting from San Diego, informed the Daily Nexus that he was anticipating, “The music euphoria [the most]. Nothing else in this world is better than this. Nothing.” The songstress was sure to offer him music euphoria like no other.

Forty-five minutes later than expected, all lights and music came to an abrupt stop. The crowd roared as the demand to “make some noise for the queen — Janet Jackson” echoed throughout the venue. Three projectors dropped from the ceiling to display the silhouette of eagles flying through dark, cloudy skies before revealing the superstar. The appearance of the Grammy Award-winning artist from behind the projector won shrieks, jumps and wide-eyes. Janet’s set kicked off with her newest single, “Burn It Up” featuring Missy Elliot.

The icon graced the stage with her nine back-up dancers in a uniform of black harem pants, sneakers and gold jewels reminiscent of the Control era. “Burn It Up” transitioned into the dominating record, “Nasty.” The 49-year-old tossed her long brown curls from side to side as she rolled her hips and caressed her thighs to the chart-topping record. Janet continued with segments of “Feedback” and “Miss You Much” before pausing to scan the crowd. Jackson broke back into her set with the groundbreaking and autobiographical “Control.”

In the first segment of the show, Jackson and her dancers wasted no time in whipping out exciting moves. Living up to her reputation for erotic performances, Janet engaged in hip thrusts as she sung “What Have You Done for Me Lately.” The instant the bubbly beat dropped to “Pleasure Principle” her shoulders bounced, legs kicked and hips twisted recreating the iconic video onstage. She directed the microphone to the audience who instantly shouted “I wouldn’t trust your looks baby if I could.” The attendees’ energy kept the Gary, Indiana native excited as she transitioned to her first number one single, “When I Think of You.” Jackson studied the crowd with her signature smile plastered on her face and inquired, “Y’all remember this? It went number one, because of you.”

Less than an hour into her set, Janet performed a plethora of up-tempo classics and opted for some ballads. Jackson positioned herself on a stool before singing “After the Fall” from Unbreakable. As the “Poetic Justice” actress transitioned into “Anytime, Anyplace,” she rocked on her stool and sung to the Kendrick Lamar sample in the background. Thirty-two-year-old Terrisha, told the Daily Nexus “Anytime Anyplace” is her favorite Janet song. “It’s just so sensual,” Terrisha said. Ms. Jackson displayed such sensuality as she pranced away from her stool and slithered to the record.

The “Rhythm Nation” songstress worked her way back to more up-tempo singles, beginning with “No Sleep.” The onlookers received J. Cole’s presence on the screen with more hollering. Janet continued with hit records “If” and “That’s the Way Love Goes.” The performance was accompanied by red lights, smoke and the electrifying moves reminiscent of her 1993 MTV Video Music Awards performance.

The melody of “Scream” and “Rhythm Nation” took everyone in attendance over the edge. The mixture of the two songs with iconic videos and conscious lyrics served as a reminder that Janet is more than a pretty face, but a revolutionary. Jackson squatted on the floor and glared into the crowd as she finished “Scream” with, “Oh my God, can’t believe what I saw as I turned on the TV, this evening. I was disgusted by all the injustice,” and leapt into “Rhythm Nation.” Over 20 years later, she still mirrored the signature militant moves onstage to perfection.

Janet ended the night with a moving performance displaying images of impoverished and underrepresented groups. The superstar instructed with her hands to her heart, “Love. It’s all about love. I love you,” and thanked the crowd on behalf of her and her family for the continued support, before bidding the crowd adieu.

The audience stood in awe before shuffling out of the Santa Barbara Bowl, stunned by the Queen of Pop. Jackson’s newest album Unbreakable is available on iTunes.