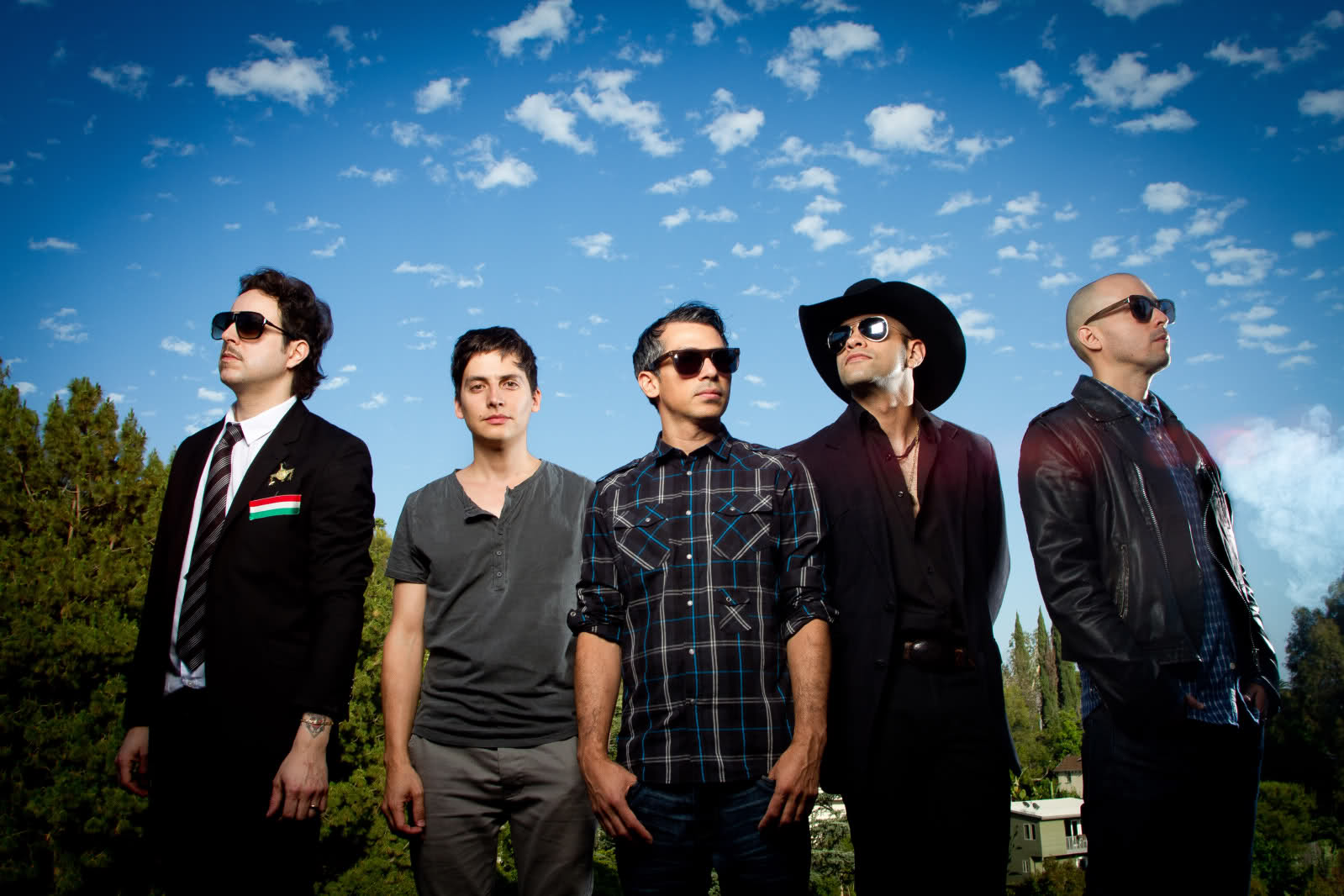 The hottest event of the Halloween shmalloween weekend easily was the Dia de los Muertos celebration at the Santa Barbara Bowl. For one night only, the Bowl became a magical arena, shaped after the traditional Day of the Dead festivities of Oaxaca, Mexico, where the boundary between the worlds of the living and not-so-living get a good deal thinner. It was a community event for all ages, featuring dance and cultural performances by Danza Azteca, Chinelo Dancers and Ballet Folklorico as well as many influential and exciting Latin bands such as Kinky, Bomba Estéreo, La Santa Cecilia and Chicano Batman. There was also mariachi bands roaming the crowds, installations and altars created by local schools and museums, Aztec dancers and skeleton face-painting. If that doesn’t sound like a wild time, then I don’t know what does.

Before their performance, I spoke with Ulises Lozano, the keys and accordion player for Kinky, who headlined the show.

Daily Nexus: So as far as you and the rest of Kinky go, who would you say your greatest musical influences are?

Lozano: Well, I mean, with Kinky it’s a band that is about experimenting with a lot of different styles and music genres, so it’s a very wide range, and influenced by a lot of kinds of music and artists and musicians that I personally had listened to when I was growing up. It’s a lot of electronica, with Latin music, also with some rock and some very traditional Mexican elements, which makes [Kinky] a very danceable music.

Nexus: As the keys player in the band, I was wondering how much of a role you played in bringing out the band’s, uh, I guess more techno sound?

Lozano: Each one of us has a very different style of music that they listen to, I listen to a lot of electronica and a lot of Mexican, traditional Mexican music from the north part of Mexico, Ranchero, Norteño, Banda, a lot of that, yeah, but a lot of electronic music as well. I love, like you mentioned, techno music from Germany, I love also a lot of the UK drum and bass sound as well and house music too … I think that’s a lot of what I express in our music and in my role in Kinky.

Nexus: Awesome, and how do you guys — I don’t know if you can speak for the rest of the band — but how do you feel about the state of the electronic music scene today in America, with the whole big festival culture?

Lozano: I think it’s the greatest moment of electronic music in history, and I can kind of feel that way in how electronic music has been very big in like, waves through history. It had a very big wave in the eighties, with all the pop electronic music and all those pop bands that came out in the eighties. And then in the nineties we had a comeback with more of the trip-hop scene that everyone was very into, and then we had another explosion in the late 90s-early 00s with a lot of DJ’s like Paul Oakenfold and Sasha and all those big names. They fade in and then they fade out again, and then in like 2010 and 2012 it all just blew up with the whole dubstep scene, and everything like house, deep house, acid house and techno were brought together into these big hits. Now all of the hits of 2014 and 2015 are all electronic! And now it’s very interesting to see how all of the big festivals now are starting to have a stage for electronica, and the electronic festivals are even starting to become the more important ones right now if you look at how many people are attending. For us to have [electronica] as one of our more important or prominent sounds, it’s very good for us right now. It helps us get more festivals, more invitations to play concerts and it’s great — we love playing festivals, the raves, and all of that stuff.

Nexus: Switching gears now, you’ve mentioned the band’s duality before, and coming out of Monterrey as a city. It’s my understanding that it’s a fairly business-centric place, only about a couple hours from the border, and I was wondering how Monterrey as a city has had an influence on the music as well?

Lozano: Yeah, I mean it’s exactly that. Monterrey is a part of the sound of Kinky, the band couldn’t come with that sound out of anywhere else. It’s a very strong Monterrey influence. Monterrey is an incredible city, it has so much talent and so many musicians in the scene, and everybody’s supporting each other. No matter what you are doing, it’s also a city where a lot of people from all over the world go to study, so it’s full of young people and students, so that also helps projects and groups to develop. That’s how we were able to be heard in Mexico, because the scene in Monterrey was supporting so many of their own bands like Control Machete or even El Gran Silencio, or Plastilina Mosh, or Kinky, this is where we were performing every weekend, in Monterrey’s downtown part, which is called Barrio Antiguo, so everybody was playing there with their own bands and had their own different sounds. One was hip hop, another electronica, one was alternative, another was straight rock, so everybody was making their own sound and that’s how everybody came out of Monterrey at the end of the 90s/early 2000s. It’s so rich in culture and is also very important in the finance and economics of Mexico as a country. That’s something that makes it a very important place to come out of.

Nexus: Have you ever played any concerts for the Dia de los Muertos before?

Lozano: Well yeah, it’s a very common tradition in Mexico to celebrate, so we have done shows with that celebration before. It’s great to be playing all these big festivals and shows, and also to be able to take that culture and bring it to celebrations down in Mexico and to people in the states and other Latin bands, and to be a part of something like this. It’s great to be able to show [everyone] how we celebrate down in Mexico.

Nexus: Well thank you so much for taking the time to speak to me, I’m looking forward to being at the show! Anything else you want to say to the readers?

Lozano: We’re excited to be playing there and there’s an invitation from Kinky to everybody in the area to come be a part of this amazing festival and see these amazing bands!