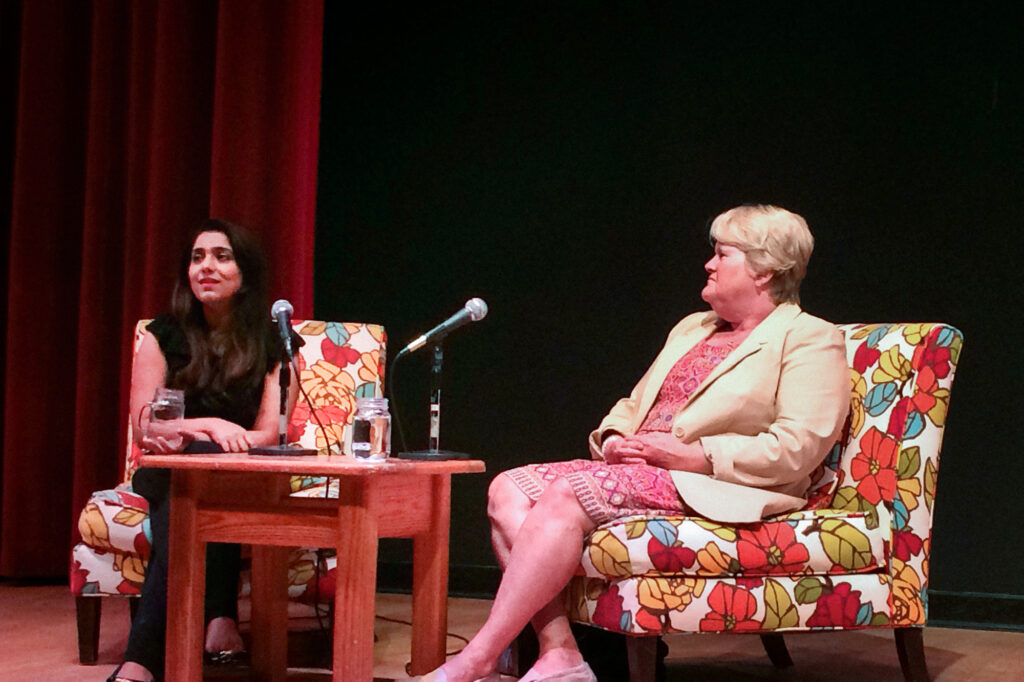 Playwright and actress Azziah Fatima performed her one-woman show, “Dirty Paki Lingerie,” to a full theater at the MultiCultural Center (MCC) on Saturday.

The theater performance showcased the life and thoughts of six Muslim women, each telling a different story. Among the six characters was a young girl wondering why she was called a terrorist at school, a young woman beginning to experience overbearing dominance from her soon-to-be husband and a woman finally plucking up the courage to leave her husband after 40 years of an unhappy marriage. During the show, Fatima used a single piece of green fabric as a prop to portray the different characters, who are based off real-life women. Fatima began performing the show five years ago, and has since traveled around the world, presenting the play to various audiences and demographics. Fatima, who is Pakistani-American, was born and raised in Mississippi and worked at Google before leaving the company to pursue art and expression.

Fatima said one of the play’s themes was finding a balance between heritage, culture, and the modern world.

“I think it’s always interesting – that question of what do you take with you from that culture and that heritage and what do you leave behind?” Fatima said. “It’s a strong theme in the play and I think it speaks to any immigrant, really.”

According to Fatima, the play represents universal problems for all women, not just Pakistani-American or Muslim women.

Fatima said non-Muslim people have approached her after performances saying they relate to elements of the show that transcend race and religion.

“A few people have actually come up and said, ‘That was my story, thank you for sharing,’” Fatima said. “They’re not all necessarily Muslim people. One time a Jewish guy was like, ‘Hey man, that character is just like my mom and I really related to it.’”

The MCC held a roundtable discussion prior to the event on Wednesday to address concerns about the title, as students found the derogatory term “Paki” offensive. Muslim Student Association member and second-year economics and mathematics major Hodaa Nadeem said she attended the roundtable to understand the controversy behind the play’s title.

“Before coming to the show, I heard a lot of concerns about the title,” Nadeem said. “I really wanted to go see what it was about and actually, now, I’m very glad that I went.”

Nadeem said the play revolved more around culture than religion and the title was an art form to get people’s attention.

“It was more about the culture and I feel that people can’t really have concerns about how different people experience different cultures,” Nadeem said. “She portrayed many different women and they came from different parts of our culture, so I thought that was very eye-opening and much different from what I thought would happen.”

“It’s just weird to see that because I know that a bunch of other YouTubers do that, too,” Kaleem said. “They just have the fake accent that might represent a South Asian person, but then again, not every South Asian person sounds like that.”

Kaleem said while she was troubled by aspects of the performance, she thought Fatima was an inspiring woman.

“It’s nice to have that type of experience . . . a Muslim woman who is also South Asian like me, she did this all by herself and now she’s going everywhere performing,” Kaleem said. “It makes me think that maybe I could do it too.”

This is called Stockholm Syndrome.