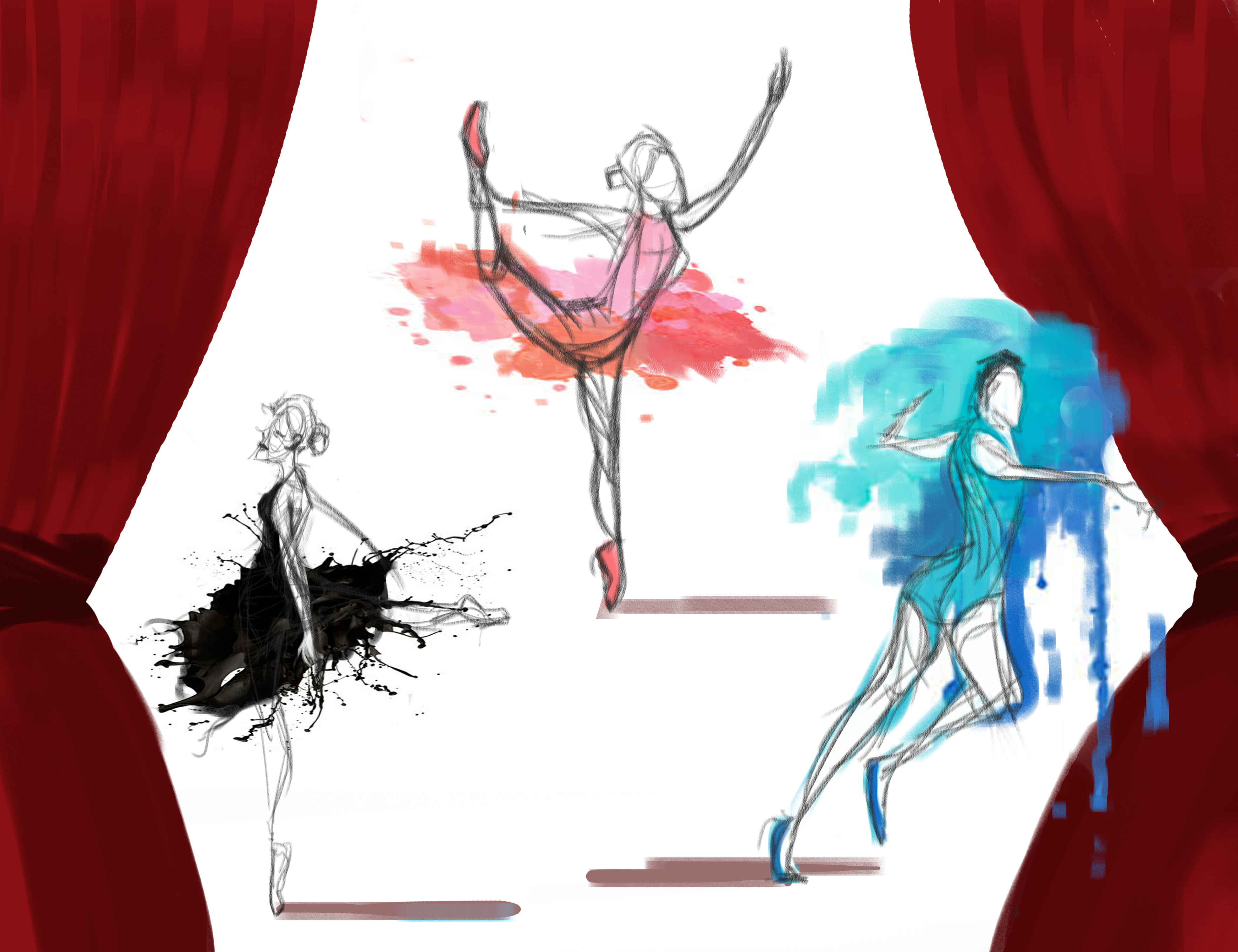 On Oct. 26, a crowd consisting of uniformly local dance patrons and Dance 45: History and appreciation of dance students gathered at the Granada Theater to witness the New York City Ballet. The impeccable technique and musicality of the dancers highlighted the music elements.

The concert opened with “In Creases,” a Justin Peck piece that he created for the company. The piece, which premiered in 2012, was set to Philip Glass’s score, performed by two pianists. The simple, pale blue leotards for the females and unitards for the males highlighted the muscular curvatures of their bodies. The dancers magically molded their bodies into different geometric shapes, transforming so swiftly that I felt as if I were looking through a kaleidoscope. The whimsical mix of pedestrian and balletic moves showcased the dancers to look like jolly football players as they swung their arms.

William Forsythe’s piece, “Herman Schmerman Pas de Deux,” featured Teresa Reichlen and Amar Ramasar in a contemporary ballet piece set to Thom Willem’s electronic score. The piece opened with the two dancers in silhouette with a blue background to match the deep blue costuming of the duo. The slinky extensions of their arms, legs and malleable torsos showcased the duo’s vast vocabulary in dance from their usual perfectly turned-out legs and upright torsos. The duo played off of one another with sassy flicks of their arms and legs. They left the stage so each could perform a solo and returned with quirky pleated yellow skirts. Resembling a circus routine, the staccato movements reflected the speeding pace of the electronic beats.

Jerome Robbins’s piece, “A Suite of Dances,” was amongst three other pieces set to one of his favorite composers, Johann Sebastian Bach. The cellist, Ann Kim, played onstage alongside soloist Gonsalo Garcia, playing off the dancer’s infectious energy. The movements ranged from fast percussive hits to luxurious free-flowing sweeps as the cellist played a variety of selected movements from Six Suites for Unaccompanied Cello. After the show, I asked other dance majors’ opinions about the piece and we agreed this piece was not as engaging as the previous standout duet. Perhaps it was that the piece was originally choreographed specifically for one of the leading ballet dancers in the twentieth century: Mikhail Baryshnikov.

The last piece, choreographed by Alexei Ratmansky, showcased 10 dancers moving to the solo piano music of Modest Mussorgsky. Principle dancer Amar Ramasar noted that, “when you’re about to portray a role that’s been choreographed, there’s plenty of homework you can do. You can watch videos, you can hear from ballet masters, but when you’re being choreographed on for the first time, you have to come up with a different process of working and being extremely open to creating something new.”

Ratmansky explained to the company members that he was inspired by the history of the music, an artist composing for a dying friend, making the visuals representative of the friend’s life. The piece opened with the dancers running from various directions and gathering in the center of the stage eagerly watching their peers perform a solo with expectant smiles glued onto their faces. The dancers displayed various emotions, from playful and primitive to somber and sincere in solos, duos and beyond. The dance ended with all 10 dancers partnering in arduous lifts that looked seamless from transition to transition. The last few seconds concluded with the women triumphantly jumping and sustaining a straight body with their heads pointing to the sky and their arms creating a commanding “V” shape with the support of the men holding their thighs.

As the artistic director and co-founder from 1948 to his death in 1983, George Balanchine’s influence as a neo-classicist choreographer continues to fuel the company today, whether performing repertoire or new works. Balanchine’s characteristic angular shapes, clarity in execution and most importantly the relationship dancers have with the music is still deeply rooted in New York City Ballet’s contemporary aesthetic that continues to keep audiences interested in this timeless and gracefully elegant art form.