The Daily Nexus
News
Activist Jennicet Gutierrez To Speak for Trans Revolution Series
November 3, 2015 at 5:00 am by Jonathan Mendez 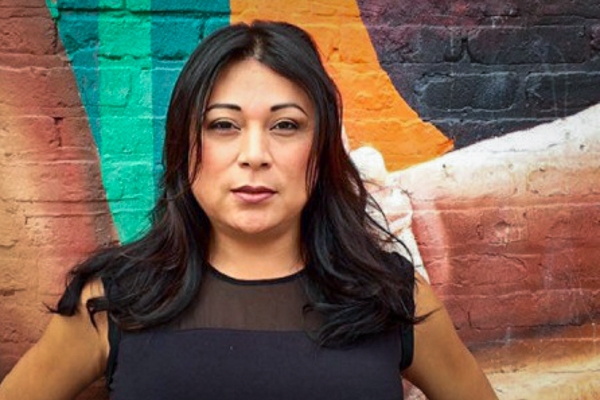 The UCSB Resource Center for Sexual & Gender Diversity will host “An Evening with Jennicet Gutierrez” Thursday at 8 p.m. in The Hub as part of its Trans Revolution Series.

Jennicet Gutierrez, a trans Latina activist and undocumented immigrant, rose to the national spotlight after interrupting President Barack Obama during the White House’s annual LGBT Pride Reception in June. Gutierrez called the abuse of detained LGBTQ undocumented immigrants to Obama’s attention, demanding an end to their deportation. On Thursday, Gutierrez will speak on her continued work campaigning for LGBTQ rights and her role as a founding member of Familia: Trans Queer Liberation Movement, an organization that advocates for LGBTQ and Latin@ communities.

“I figured that it is kind of important to hear the stories and learn the other side about people who are not being spoken about or not being represented in the media in order to learn more about their struggles,” Uribe said.

First-year computer engineering major Melanie Flandes said Gutierrez is an empowering leader who, by sharing her story and experiences, can motivate others to voice their concerns.

“There are not a lot of people I feel would stand up to the president like that, and for her to have the courage and the ability to do that really does make a difference because now people are going to feel like their voices are being heard,” Flandes said.

“Just seeing and learning about her story and how these issues [have] impacted her life gives hope that a difference can be made,” Flandes said.

First-year political science major Eriko Spurlock said she will attend Gutierrez’s talk in part because she of how much she learned from hearing LGBTQ activist CeCe McDonald speak in October as part of the Trans Revolution Series.

“I found that these events were helpful in increasing my understanding for the experiences other marginalized women go through, especially since we all have different struggles that we each face based on different factors,” Spurlock said in an email.

Spurlock said she thinks students should attend Gutierrez’s lecture to learn more about the issues the LGBTQ community face.

“I feel this event is important for students to come out to in order to open their eyes and gain more understanding for the society, the constructs we live in, and how the current power dynamics are made to marginalize so many people in collectively various ways,” Spurlock said in an email.

Spurlock said although the topics of immigration and LGBTQ rights are often discussed separately, it is important to see the connection between the two.

“Immigration and LGBTQAP+ issues on their own are very important to learn more about and understand, but a lot of people think that these two topics are mutually exclusive when the reality is that everything is connected a lot more than we think they are,” Spurlock said in an email.

“I recently attended the one where Shane Ortega came out to speak about his experience as the first openly trans man in the U.S. military, and since I learned a lot from that event, I decided to attend the next one,” Flores said.

Flores said students should learn more about marginalized communities and support their fight for equality.

“People need to start paying attention to things like this because these discrimination crimes are only increasing,” Flores said. “We are hurting people in our community by not fighting by their side or hearing them out.”