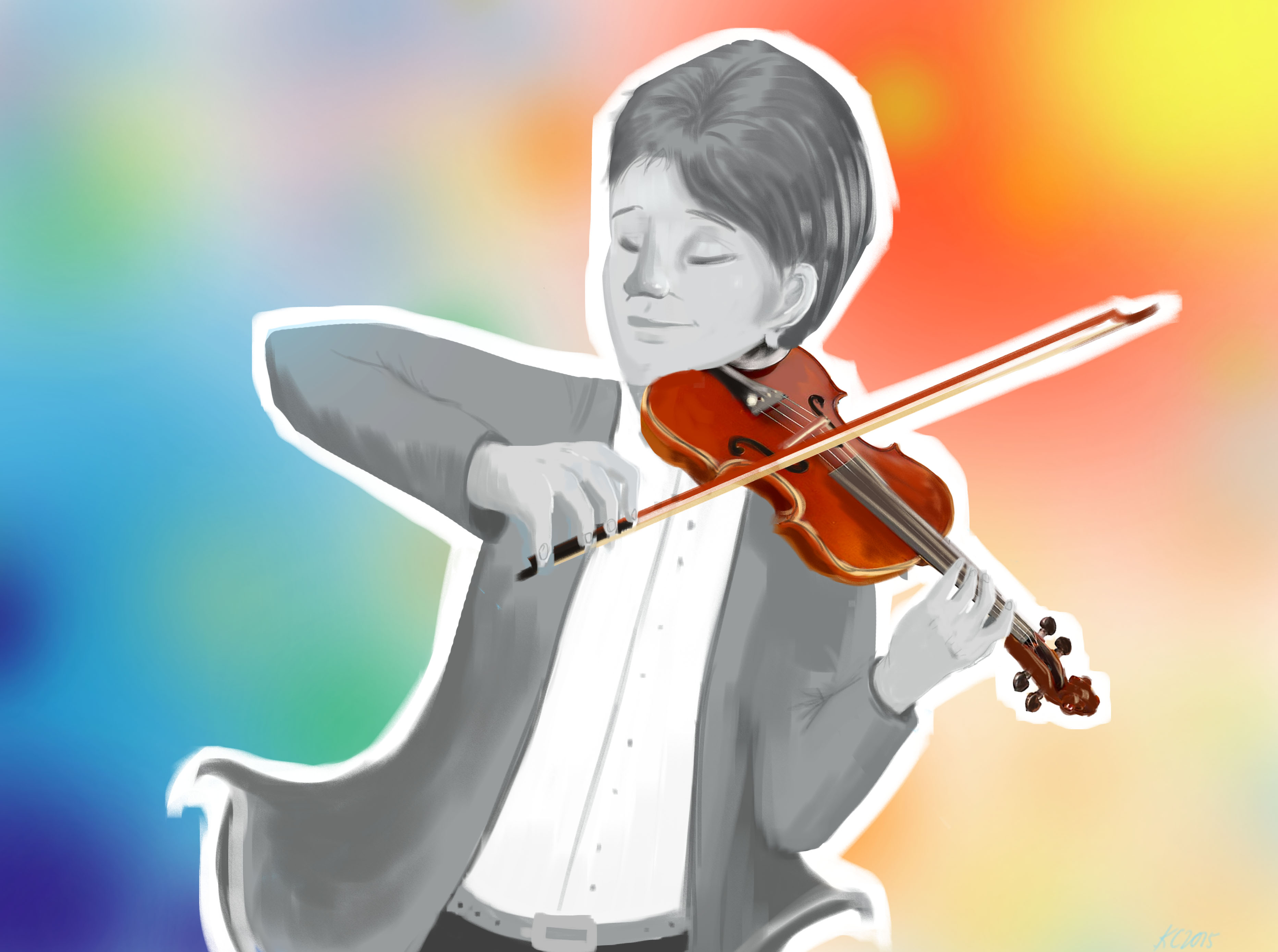 Wednesday, Oct. 21, 26-year-old classical violinist, Ray Chen performed at the Hanh Hall in the Music Academy of the West. After touring the world and performing in various venues, including Carnegie Hall and the Hollywood Bowl, Chen returned to Santa Barbara after two years prepared to entice an audience eager to hear more.

It is easy to say that Chen’s niche, classical music, is known for putting kids to sleep, while or helping plants grow. Suffice to say, many categorize classical music to be rather boring—especially in this newer generation. However, this event was held by UCSB Arts and Lectures and subsequently brought together an audience full of young adults. I was curious to see how Ray Chen would interpret the pieces to appeal to the younger generation.

Dressed in a gray suit, black dress shoes and slicked hair, Chen walked on stage with the utmost determination to begin the concert immediately. Without a single word, he began to play intensely. However, within 30 seconds, his face turned from a red sphere of ferocity to a joyous, not unlike that of a young child. The audience suddenly began laughing and saw as they noticed him mimicking his music with his facial expressions.

Following his first two pieces, Beethoven’s Violin Sonata No. 1 and Saint-Saëns’ Violin Sonata No. 1, the audience rose to give a standing ovation. While embracing his accompaniment, pianist Julio Elizalde, Chen finally spoke a couple words to the audience, wiping the sweat off his forehead and settling down.

As half-time came to an end, the performance veered off in a completely different direction as Chen took on a sonata for solo violin by Ysaÿe. His childish, carefree demeanor transformed into an expression of pain and sorrow. It quickly became clear that the attention of the crowd was drawn away from the violin to Chen’s facial expressions. With every stroke of the bow, Chen’s face curled into a deeper scowl.

He lifted the spirits of the audience within 15 seconds of the next performance, Falla’s Suite populaire espagnole, in which he transformed his classical violin into a little ukelele. He plucked the violin with one hand and created a beat with the other,[[delete comma]] to initiate a hall-wide clap for his next piece. It made me appreciate the music even more, as it allowed me to listen to classical music in a complete different light—a fun, lighthearted one.

He concluded his performance by introducing the piece, Czardas by Monti with a light joke, and engaging the audience even more. As soon as he completed the final stroke of the bow, the audience rose and clapped for an “everlasting four minutes.” The clapping became louder and louder as Chen bowed humbly, and it was an awesome experience.

Chen’s performance allowed audience members to appreciate classical music as something exciting and funny. If you did not get the chance to catch his performance this past Wednesday at Hanh Hall, be sure to take a chance on Chen at least once—He had the power to unite a diverse group of grandparents, UCSB students and elementary schoolers solely by putting a smiles on their faces. He was definitely worth it.