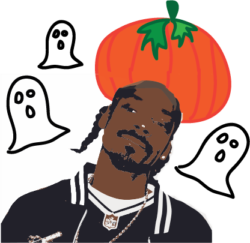 When I got accepted to UCSB, Halloween was one of the things everyone would ask me about. I obviously didn’t know what it was like because I was 17 and had never so much as smelled what life in Isla Vista would be like. But I’ll be damned if I didn’t watch video after video of whatever footage some drunk dude-bro with a camera decided to take some time on or around the night of Halloween in I.V. I was fascinated by a place with so many gorgeous girls, so many people my age, so much partying and so much freedom. These obscure video clips coupled with my alumnus dad telling me, “One of the saddest days of my life was the day I left Isla Vista,” had me doing backflips in my batman costume.

So fast-forward to Halloween weekend my freshman year. At this point I’m good and annoyed that I can’t get into my dorm through any of the side doors, and if I see another flier about keeping things local and safe for Halloween I’m going to freak out. Freshman grumbles aside, I threw together a couple costumes to go out and join the spectacle. I cannot say I didn’t have a good time. It was wild to see so many people pouring into the streets dressed in everything from Playboy Bunny attire to as much seaweed as one could heap onto themselves while still maintaining a line of sight (maybe not?) to be able to walk around. We did the freshman walk, took it all in, went to a couple parties at the houses of people we didn’t know — just freshman stuff.

It was clear there was a hefty number from people from out of town; it was clear that the entire crowd could not all possibly live in this community. But ultimately in terms of overall craziness, it wasn’t as overwhelming as had been purported. This became increasingly apparent as, in the wake of that weekend, all reports showed it was one of the quieter, safer I.V. Halloweens in recent years.

A year later Halloween was marked by rain so heavy you’d believe the drought was over. I put on my bear onesie and took it off a few hours later without leaving my house. We had friends over, and at times peered outside to see if we were still getting hammered with rain showers. If there were crowds outside (which there were not), nobody in that house cared too much to see what they were doing. It went in the books as a comparatively laid-back weekend.

As I’ve now experienced two Deltopias and two Halloweens in I.V., I’ve come to realize something. I think I can speak for a lot of people when I say I’ve dressed in crazier costumes, had more fun, made more memories, stayed out later on uncharted nights in winter quarter than either of the Halloweens here. Now a ton of us are leaving for the weekend, whether it’s heading home or going to Escape festival, we’re starting to realize next weekend will probably hold more for us and offer a lesser risk. We live in the best place in the world for college students. It’s no wonder this holiday has blown up here, and for a time I’m sure it was something for students to look forward to. If you’re bitter about the state of Halloween, or simply don’t want to be here for it, that’s fine. But remember, we live in I.V. and go to UCSB. Nearly every other time of the year we hold it down as where all of our friends wish they went. We can pretend that it’s Halloween in January and forget all about a 6 p.m. noise ordinance just because we feel like it.

Our Halloween has changed, and not in a negative way at all. Our Halloween is still one of the most storied college happenings in the country. Instead of all-out debauchery (which I’m sure will still exist this weekend to an extent) we have Fitz and the Tantrums and Snoop Dogg on campus for $5. Yes, we have Snoop Dogg on campus for $5. We can once again expect less out-of-towners, less arrests and less of a mess in our town. Since I’ve been here I can say I have witnessed a striking culture change in I.V. We are actually keeping it local, and we’re doing it in a way that hasn’t detracted from living here. We have students volunteering with the police to correspond with residents to help them avoid noise tickets, and there is a prevailing attitude that our weekend isn’t going to suffer because out-of-towners can’t handle themselves or don’t respect their surroundings. This is our paradise and that isn’t changing. So whether you’re heading out for the weekend or catching Fitz and the Tantrums and/or Snoop in the Thunderdome, appreciate that we’re moving in the right direction. Cheers to a great Halloween, Gauchos!

Some people are coming to the Inland Empire from Out of town for Escape Festival or to go hiking, camping and snowboarding in our mountains.