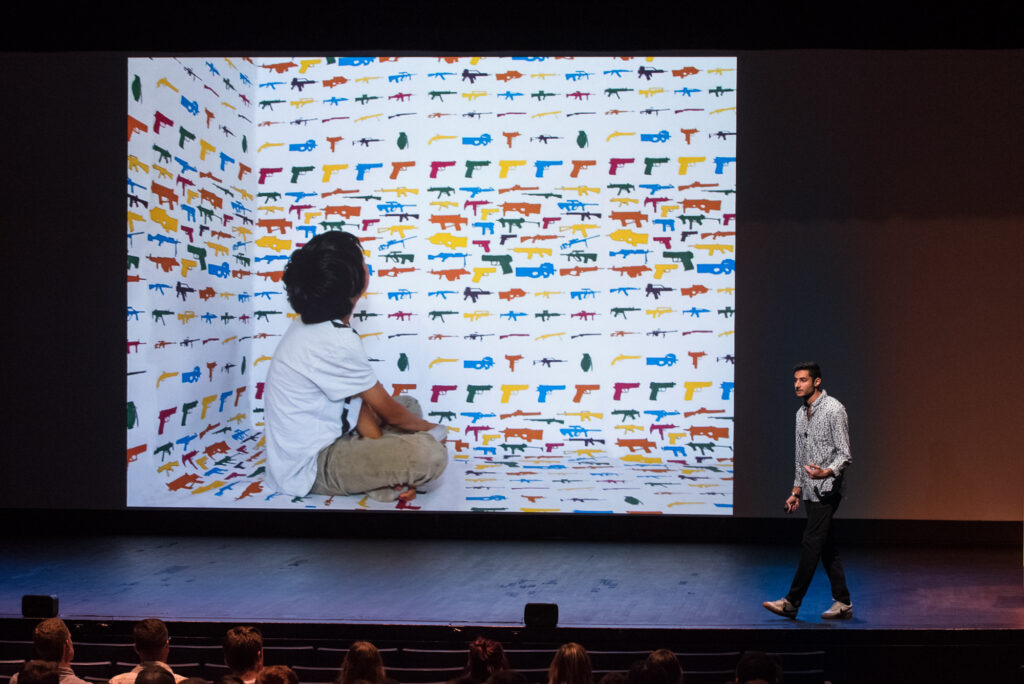 IFC Vice President of Communications and third-year political science major Austin Hechler and Liaison to the Public Safety Commission and third-year history of public policy major Ashcon Minoiefar organized the “accreditation” meeting. Greek chapters’ members are required to meet a quarterly minimum of three accreditation meetings. Forum keynote speaker and fourth-year economics and sociology double major Siavash Zohoori spoke about how society’s expectations of masculinity can be harmful to men by making them feel entitled to women’s bodies which can lead to sexual assault. Attendees were able to publically share their opinions and experiences afterwards in a mediated safe space.

According to Zohoori, men who do not adhere to society’s expectations of masculinity can suffer “inner turmoil.” Zohoori said the concept of traditional masculinity affected Elliott Rodgers, the 22-year-old Santa Barbara City College student responsible for the death of six UC Santa Barbara students.

After recounting his experience of being present at the scene of one of the shootings on May 23 last year, Zohoori said it is crucial for students to foster a better future by encouraging positive gender roles. 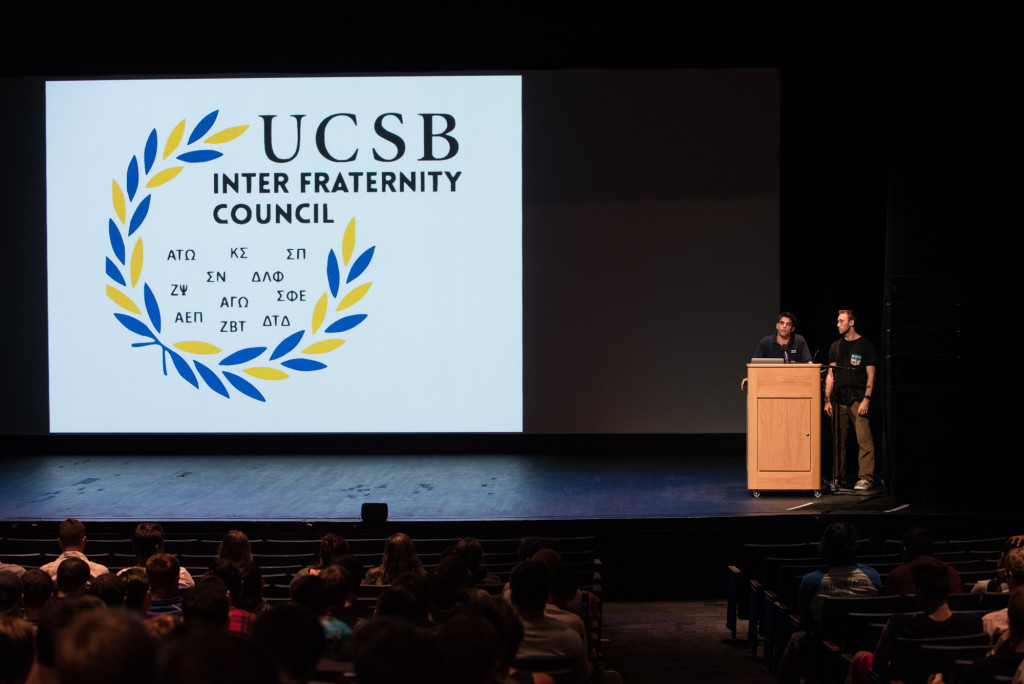 Zohoori said he mediated the event to allow participants to safely share their experiences without getting “lectured” about the specifics of sexual assault.

“I called them out when I needed to, and I supported them. They feel comfortable and we actually got somewhere — we started a good conversation,” Zohoori said. “I’m not here to scold them, I’m not here to tell them what sexual assault is because they all know what it is, they just don’t know how they play a role in it.”

Zohoori said society should support men who do not identify with traditional expectations of masculinity, rather than judge them.

“The next step is to stop blaming issues with the men, with mental health, and realize that if we keep shit-talking about something, we are not actually going to get the space to support it,” Zohoori said. “The next step is to actually start supporting the people who we feel need it, who we feel like we are blaming, and actually start supporting these communities.”

“It’s really a chance to have your whole fraternity there and absorb the information, and seeing that we are all in this together — we are a Greek community,” Rousso said.

Rousso said he was impressed by the number of fraternity chapters and members who attended the meeting.

“We expect 75 percent of all membership to be here and we had a pretty impressive turnout here,” Rousso said. “I think having the majority of every fraternity is huge because, at the end of the day, it comes out of the culture within each house.” 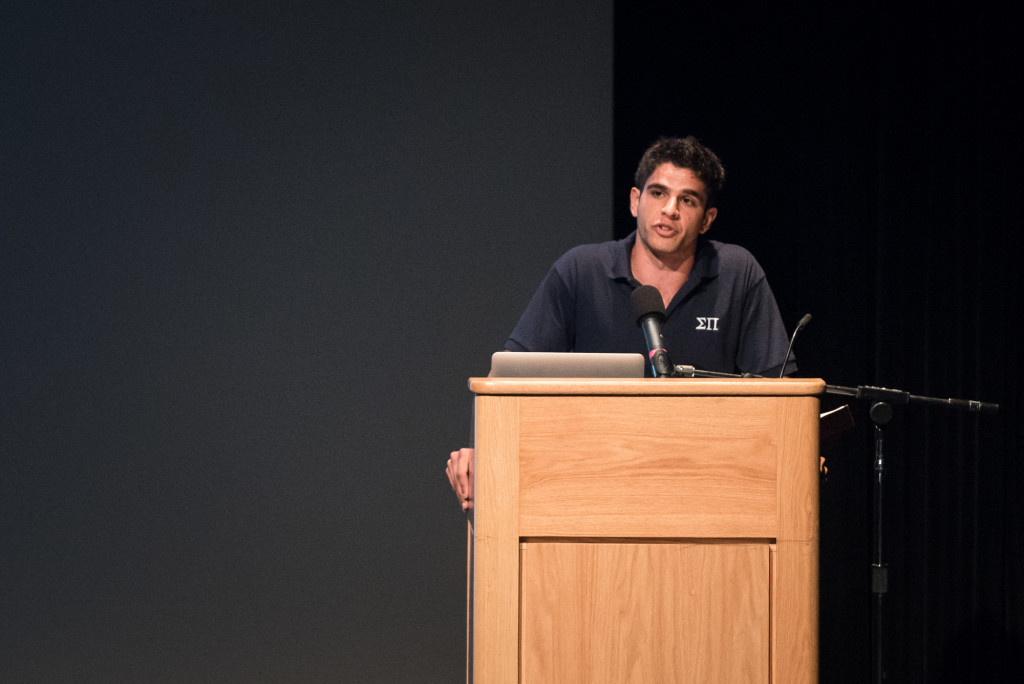 “I thought the first step had to be to get everyone to know about what is happening, then we can educate them from there,” Hechler said.

Kappa Sigma President and fifth-year history major Fady Antoun said it is important for fraternity members to be educated on the issue of sexual assault.

“As a leader of one of these organizations, I feel it’s important because it is an issue that’s been rampant through our community not just this year or last year, but for all the years that Greeks have been around,” Antoun said.

Antoun said he appreciated Zohoori’s honesty during the discussion.

“He actually spilled out his heart up there,” Antoun said. “I know my fraternity and myself we are all about the honesty. We actually appreciated him telling us his side of the story; him opening up on stage was amazing and I know that the rest of my fraternity also felt the same way.”

Its more like women feel like theyre entitled to mens bodies because men are always suppose to “want” sex!!

Have you ever passed out at a party and woke up when a woman was trying to mount you?? I have!!

One time I was on the edge of passing out (due to being drunk) and a girl was next to me and I can remember her feeling me up :/ I was too drunk to understand what was going on

B
Reply to  jake

That sounds like an upsetting experience. Talking about ways that traditional stereotypes of masculinity are harmful to men can definitely help men recognize and process situations where other people are mistreating them, which is a good thing. And you can recognize that situation as not ok while also recognizing that the majority of sexual assaults, especially among college students, are men assaulting women, and you can study negative aspects of traditional masculinity to also help understand why they do that in disproportionate numbers – and how to contribute to preventing it.