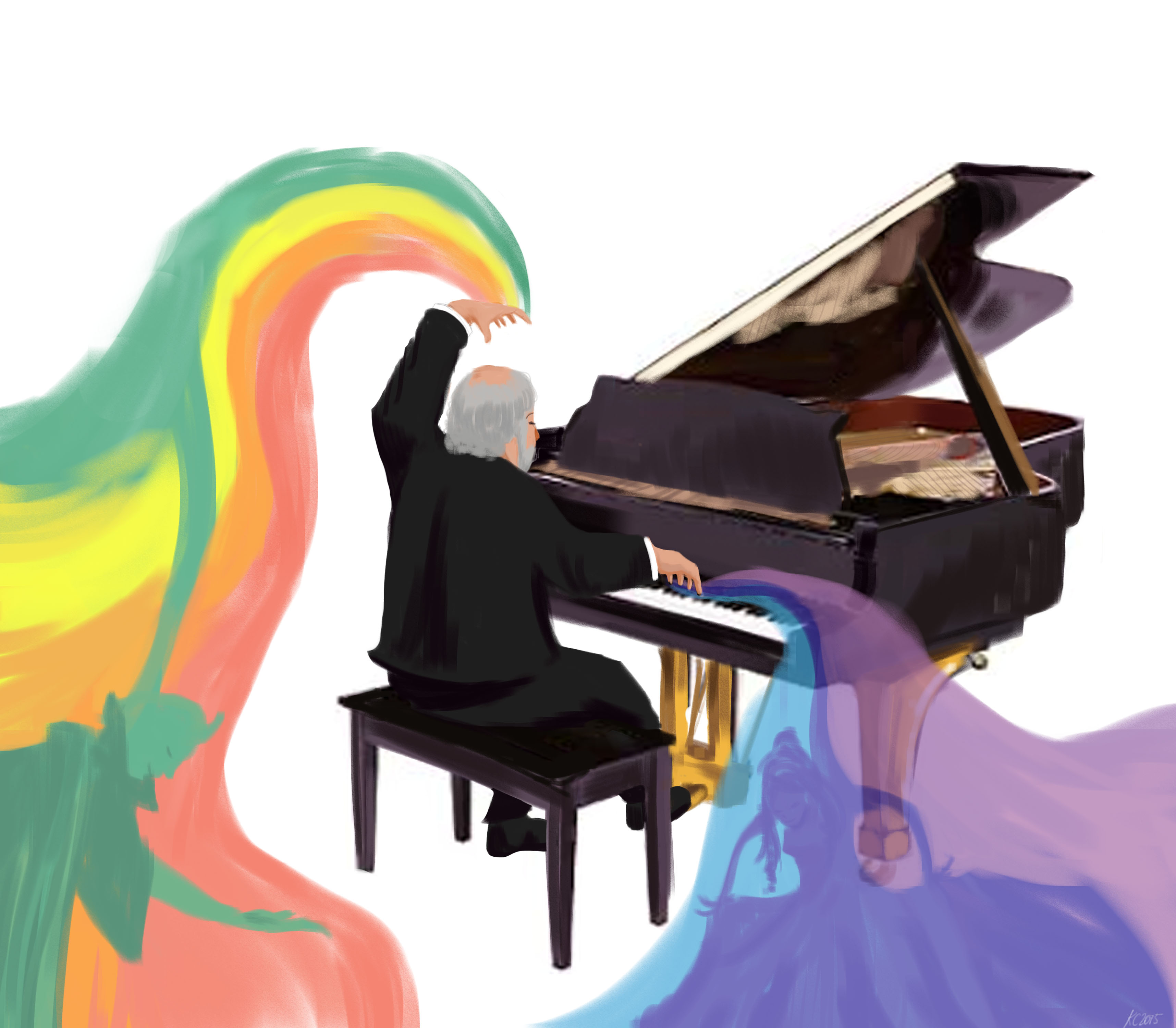 Surrounded by the austere brick walls of the Lotte Lehmann Concert Hall and lit by faint purple lights, a black grand piano with gold feet awaited the arrival of Professor Paul Berkowitz. The professor has been a part of the faculty at UCSB since 1993 and served as the Chair of the Department of Music from 2007 to 2012. Apart from his time spent as Chair, he has performed a piano recital nearly every year at the school.

A graduate of McGill University and of the Curtis Institute, Berkowitz has recorded the complete piano sonatas of Schubert to worldwide recognition. His recordings have been recognized as some of the best by the London Sunday Times and BBC Radio. He recently recorded Schubert’s Impromptus in 2013 and the Moments Musicaux in 2014. These two records will be the eighth and ninth volumes of the cycle of Schubert’s works that Berkowitz began to tackle in 1984. The new records will be released along with all earlier volumes as The Complete Major Piano Works of Schubert.

The crowd filed in, eager to hear Beeethoven’s rarely played “33 Variations on a Waltz by Diabelli.” The pianist stepped onstage, and the crowd erupted into applause. As the roar of the audience started to dwindle, a smile crept onto Berkowitz’s face as he introduced the unfamiliar piece.

Anton Diabelli, a composer and publisher, asked fifty of Austria’s best composers to write a single variation on his waltz. Beethoven saw this as an opportunity to create a large set of variations. This piece of Beethoven’s art has been entitled the most adventurous work by the composer. Some have even dubbed it the greatest set of variations ever written.

After a comprehensive lecture regarding the standard technique in writing variations, listeners thought they knew what to expect. They didn’t. To the musically uneducated ear, the similarities seemed indistinguishable, but the variations were so vastly different that it would be more accurate to call them transformations.

Berkowitz executed the first variation with gusto. His reverence for the piece was evident in every note. The next variation constituted an intense building up of energy into a surprisingly sweet melody. As the professor continued through the piece, the notes seemed to move around each other; he even crossed his hands over each other to achieve the complex structure of the music. The serenity of one variation was abandoned as Berkowitz moved on to the next. Beethoven shocks listeners with a clashing thicket of chords. Berkowitz became so intently fixated on the music that he lost himself in the keys. The abruptness with which the music changed direction caused the professor himself to jolt from his bench.

Moving away from suspense and drama, an underlying humor appeared. Berkowitz really began to perform. His grand gestures when playing the imposing chords and exaggerated focus in striking the singular high notes yielded chuckles from the audience. He made himself at home with the piano.

The piece explored the emotions of romance. Berkowitz created ethereal harmonies, provoking the audience to tilt their heads to the side in awe. His refusal to merely play the notes was electrifying.

The final three variations switched keys with an intense dramatic effect. After such a long period in the same key, the piece stepped into the peculiar. Berkowitz impressed the audience yet again with his mastery of such an adventurous stream of chords. Although he had warned the crowd, the end of the fugue was so shocking, members of the audience jumped back in their seats, laughing to themselves in wonderment.

In addition to Beethoven’s genius composition, the stylistic authority Professor Berkowitz contributed created no ordinary piano recital. It was rightly a show not easily forgotten, and a display of the talent he possesses.

Phenomenal artwork, Kevin! Thanks for giving this event the exposure you did, Jordan!

Most of all, Congratulations and Bravo to your excellent performance, Prof Berkowitz. Such a pleasure to listen; it’s just what the doctor ordered for me that night. :)