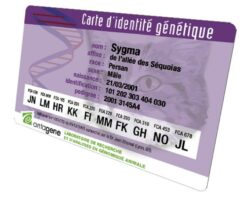 Imagine that you have developed Stevens-Johnson Syndrome (SJS), and your entire body is under attack. It starts with just a fever, a cough and red eyes, so you don’t really think anything of it. But then, a rash appears on your skin that blisters and bursts, your eyes become inflamed, you can’t swallow because your throat has severe and painful ulcers, your lips crust and bleed and then your skin peels off in sheets. This is the reality of SJS, which is seen worldwide and especially rampant in Southeast Asia. If more than one-third of the skin is lost, the diagnosis is classified as toxic epidermal necrolysis (TEN).

In 2002, researchers found that SJS/TEN is a catch-22; they actually occur as a result of a patient taking a medication to treat a different condition. For example, a patient may take prescribed medication for seizures, and then develop SJS over the years. Why? These patients who have a tendency to develop SJS from particular medications have genes that make them predisposed to this reaction. After investigation, researchers have found that HLA genes are responsible. There are many different variants, or specific types, of HLA genes. There are HLA variants in some patients that treat certain drugs in the body as very bad invaders.

Rolf Christoffersen, professor in the Molecular, Cell and Developmental Biology Department at UCSB, described the mechanism of attack of SJS/TEN on the particular drugs that ultimately lead to SJS/TEN.

The next question the researchers asked was: should we simply stop using the drugs known to cause SJS/TEN? In some cases, yes, this is could partially be a solution, but it is not practical everywhere — especially in underdeveloped countries.

Christoffersen explained why it is not ideal to phase out the usage of drugs that may cause SJS/TEN.

“Almost all drugs have a negative interaction with a small portion of the population. Following that logic, we would have to phase out all drugs. Most patients benefit from the drugs involved in SJS and so we would not want to take them off the market. The trick is to not give them to the small percentage of population that will get SJS,” Christoffersen said.

The first solution presented was having doctors conduct a test for the presence of a specific HLA variant that was known to be associated with SJS/TEN; this test would be given before prescribing the drug. However, this solution failed due to the lack of electronic medical systems in underdeveloped countries, and led to drugs accidentally being prescribed to patients with the variant.

Finally, a real solution was produced. Although it seems simple, it has the potential to be highly effective in eliminating SJS/TEN caused by human error. The solution is a fuchsia, wallet-sized card, much like a medical insurance or credit card. It is a genetic ID card.

“This is a card that contains coded information about the genetic makeup of an individual. The information it contains is focused on specific HLA gene variants that are known to cause unwanted drug/patient interactions. So this information is a tiny subset of our entire genome,” Christoffersen said. “[It] will tell physicians that the patient has a particular genetic composition and what drugs they should avoid prescribing for that patient. It has the advantage the patient can carry the information in their wallet and so any doctor they see can get access to that information.”

After receiving their HLA variant test, the results are transferred onto the genetic ID card. All patients have to do is show their cards to their doctors before being prescribed medication. It is easy, simple and cost-effective. It allows patients to carry their own information in their wallets, without having to depend on doctors to not make mistakes. In short, it may be the simple solution to the complicated problem that has been causing trouble for over 10 years.

The National Institute of Health is now funding research related to genetic ID cards, and the idea of personal therapies and the move toward safer medical therapies is exciting doctors and researchers worldwide, especially those in areas that have been highly impacted by the same or similar issues. Genetic ID cards just may help eradicate SJS/TEN, all by having patients carry around a simple plastic card.