The Daily Nexus
Opinion
Sex and the University: To Have Hair or Not to Have Hair (Down There)
October 21, 2015 at 5:00 am by Sebastianne Kent 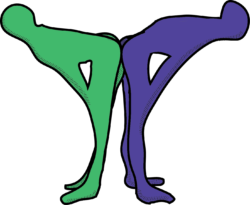 Sex Position of the Week: The Bare Bottom Bump

Fashion trends are always changing, and that is no less so with your pubes. Women out there who read any kind of fashion magazine — and the men they sleep with — may be the first ones aware of changing trends, but as time goes on, word spreads, and we all become aware of developing trends for your down-there hair.

The waves of change are puzzling in many cases, and one has to wonder if your choice of vulvar topiary really matters (probably not). However, things like merkins pubic wigs worn by actors as an attempt at modesty, or vajazzling, the motivations for which are mystifying unto themselves, are examples of the bizarre options the freedoms we have as Americans bring us.

On shaving and waxing: The options for landscaping vary immensely, but if you’re doing any kind of management for your lady or man fur, the go-to options are shaving and waxing. We all know the potential issues with shaving — and the longer you do it, the more likely you are to have nasty side effects. It does seem that the general population at UCSB leans toward waxing, if only because you have to book B Boutique appointments two weeks in advance. The idea of spreading your legs for a stranger without a guaranteed orgasm is uncomfortable enough, but the pain of having hair ripped out of your body is much worse. The good news is the more you go, the less you grow, basically, and your hair follicles actually get smaller over time, which means less bush and more bonsai tree.

These trends can be hard to follow even if you’re trying, and to be honest, who has the time? When you finally do get your “situation” in order, you realize that everything really can be politicized, including your personal grooming habits. Once you start shaving or waxing, that interim growing-out period turns into a time where you’re nervous about what whoever you sleep with will say. You have hair now: will they be okay with it? Your intention may be to get rid of it, but having it in the meantime turns into a source of insecurity because you may not know what their preferences are. Not everyone is lucky enough to run into the guy who thinks “half a centimeter is ideal,” because, due to porn (ah, the good and the evil of it!), most guys forget that we, too, are capable of growing hair in many places — even if we don’t necessarily want it there.

This is a time when some women are dyeing their armpit hair neon colors, and hair’s relevance to our culture is emerging as various issues such as cultural appropriation and feminism intertwine; this is no less true for your curlies. I’m sure we’ve all heard of or met the woman who says the preferences of men will not dictate what she does with her body, and the man who says he doesn’t like it when women resemble a prepubescent girl rather than a mature vixen.

We tell ourselves that we make grooming decisions based on what we want for our own bodies. It’s true that most women get dressed for themselves, or for other women if anything, and we claim that we make our grooming decisions for the most part because of personal preference. Hair that’s visible to everybody is more subject to influence by social milieus, but if you really ask yourself, I’m sure it’s a mixture of personal preference and what you’re worried someone will say. When you hear that everyone is shaving, trimming or pulling it off with wax strips, the insecurity can abound. If other people are used to it, you don’t want to be talked about after your hookup as “that gross girl who didn’t shave.” Not to mention guys don’t go down enough as it is — you may be afraid to give your guy another excuse not to.

At its root, this is a feminist topic — Not the feminism that people misunderstand as man-hating raucous ideology, but the real feminism that advocates for equality between sexes and genders. You should be able to make any grooming decision you want, whether you decide you want to braid, wax, dye or stick jewels on your area — it’s up to you. The societal issue lies in the fact that you may become insecure when you’re waiting for hair to grow out between waxes because of what whoever sees you naked will say. Real equality would be being able to tell your boyfriend that you want him to wax into a landing strip and having him actually consider it because he knows it makes you happy, but outside of a relationship — where things like that may be up for discussion — you shouldn’t have to worry about what somebody else thinks. So take a deep breath, figure out what you want and go for it.